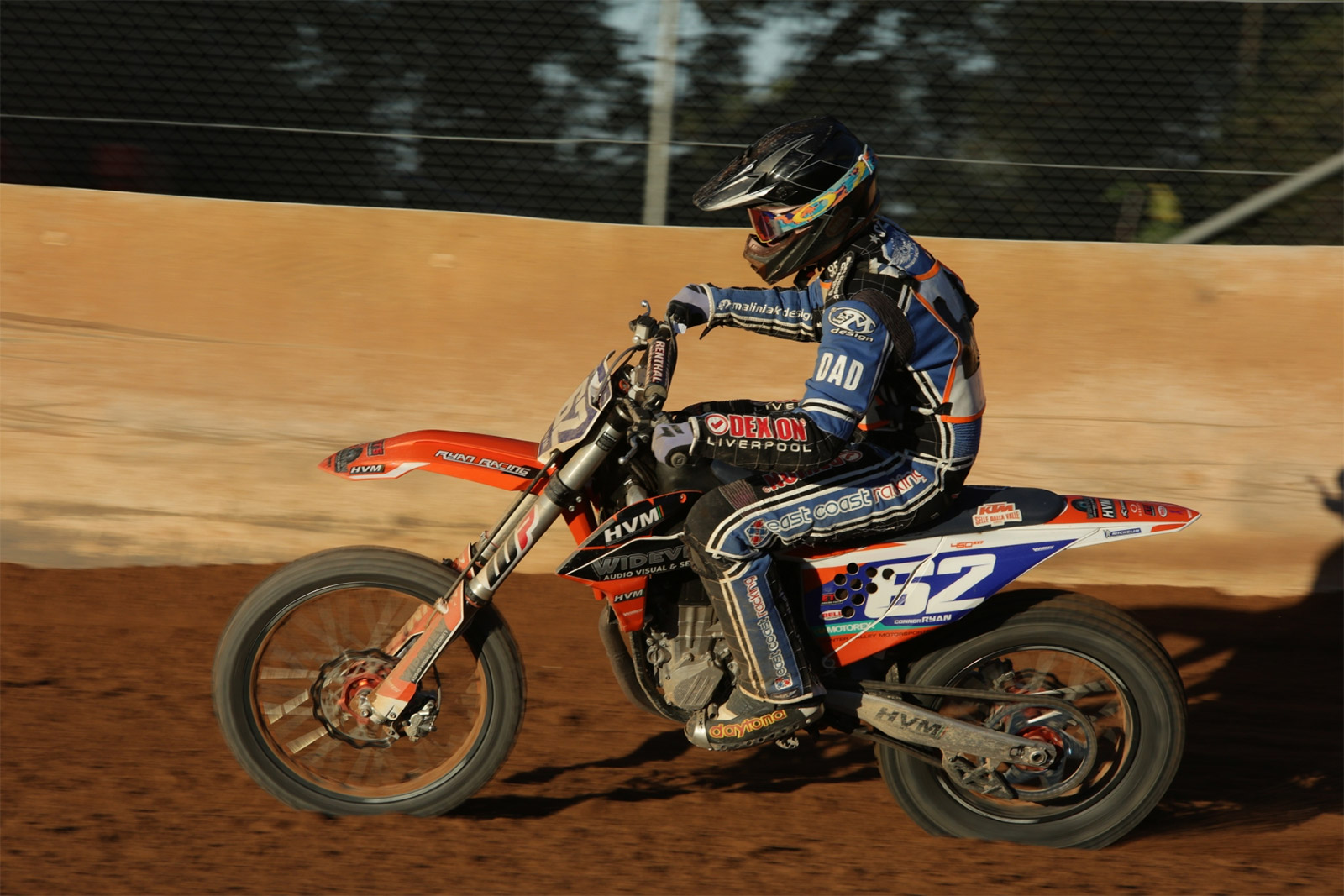 Connor Ryan on his way to victory. Photo: David Lamont
Brothers Connor and Harrison Ryan triumphed in the 2019 staging of the Honda / The Construction Team Central Coast Cup motorcycle meeting staged at the Allen Park track at Somersby last weekend (May 25 and 26).

Connor won the Senior Cup, straight after Harrison had won the Junior Cup.

The names of the Central Coast residents are now added to an already classy list of previous winners of the feature event that was first staged in 2005.

The eight lap finals to wrap a big program of 144 events over the two days ultimately produced different degrees of difficulty for the two winners.

Harrison Ryan, in what was his final race meeting as a junior, had lost out in an earlier class final to Albury Wodonga rider Remmie Fyffe.

But in the Cup decider Harrison put the decision beyond doubt early in the race to lead home Queenslander Tristian Adamson while Fyffe recovered from a poor start to take third.

The Senior Cup saw a two-bike war as three ‰ÛÒtime winner David Smith led the first half of the race, then swapped the lead several times within a lap with Connor Ryan before the latter pulled clear.

Finishing third was Peter Smith, another minor placing for the only rider who has competed in the Cup meeting every year.

Prior to the Cup finales other class winners were David Smith (Pro Open and Pro 250), Connor Ryan (Pro 450), Jake Farnsworth (Under 19s) and Neil Hardwick (Over 35s).

Remmie Fyffe actually recorded two class wins in the 13 to Under 16 years, among a dominance of the younger junior classes by riders from interstate.

A large contingent of Queensland riders made the trip south, for many of them of them a chance to prepare for the Australian Junior Dirt Track Championship meeting in September and the New South Wales Junior Track Championship in November.

The meeting attracted over 100 riders and the many riders making their first ever visit were unanimous in their praise of the track and the running of the meeting which should ensure many return visits in the future.