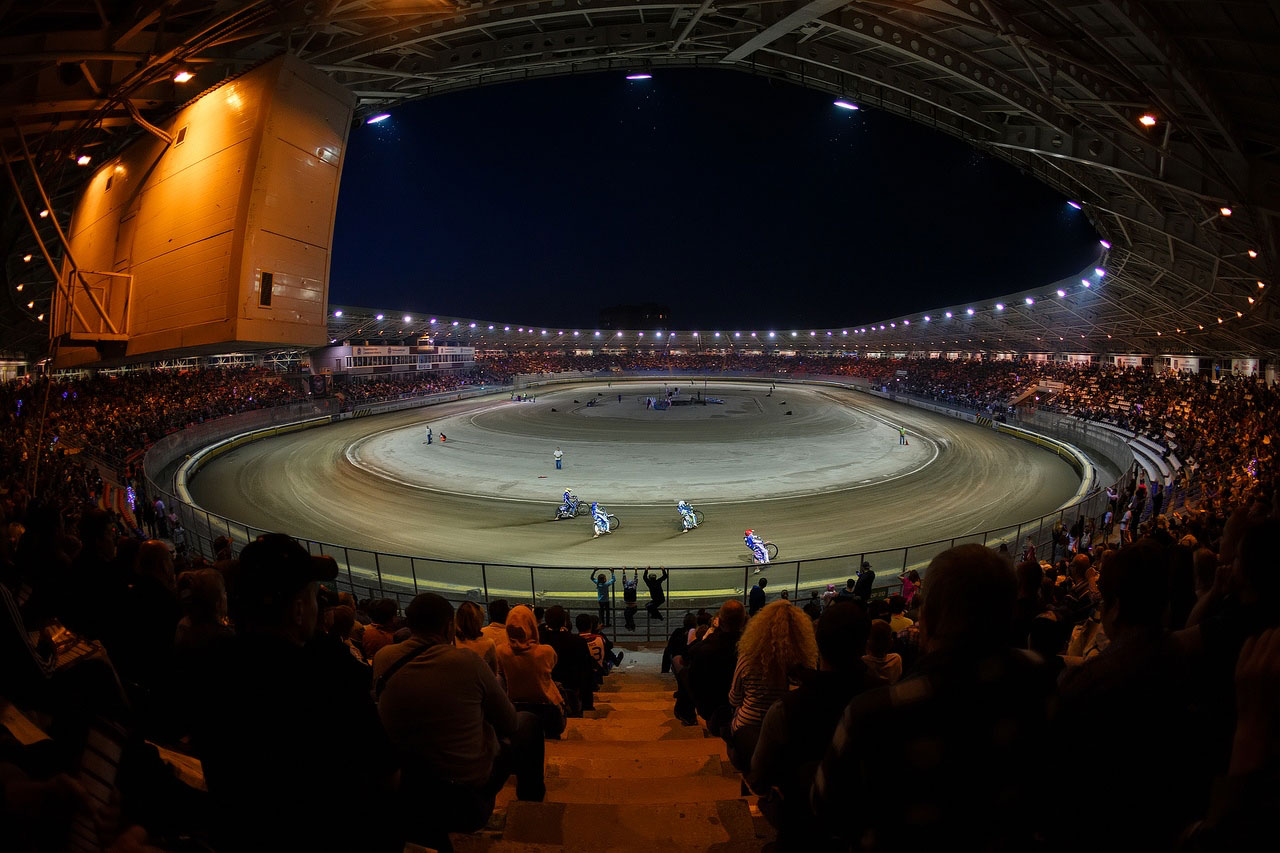 The 353-metre Togliatti circuit is home to Russian speedway and ice speedway teams Mega-Lada Togliatti
World Championship speedway is bound for Russia next year as the reigning world champions host the Monster Energy FIM Speedway of Nations (SON) Finals in Togliatti on July 20 and 21.

The country has been a huge force in the ice speedway world, with Togliatti‰Ûªs Anatoly Stepanov Stadium a regular venue for world-class events, including the 2019 FIM Team Ice Speedway World Championship on February 16 and 17.

But the action hots up when summer arrives. Togliatti staged the 2017 GP Challenge ‰ÛÒ the final qualification round for the 2018 FIM Speedway Grand Prix series. And now the city welcomes the sport‰Ûªs top seven national sides for the two-day Monster Energy SON Finals, with Russia seeded into the showdown as host nation.

To allow time for the qualified teams to prepare for the trip to Russia, the competition gets underway with Race Off 1 on May 4 and Race Off 2 on May 11. Dates and venues for these events will be confirmed in due course.

BSI Speedway managing director Torben Olsen is excited by the prospect of bringing the sport‰Ûªs biggest names to Togliatti. He said: ‰ÛÏIt has long been our wish to bring the FIM Speedway World Championships presented by Monster Energy to Russia.

Following their Monster Energy SON win last summer and the country‰Ûªs hugely successful staging of the FIFA World Cup, there really couldn‰Ûªt be a better time to be taking this event to Togliatti.

Togliatti is among the finest track racing stadiums in the world and I‰Ûªm sure we‰Ûªre in for some great action from the sport‰Ûªs top national teams.

The 353-metre Togliatti circuit is home to Russian speedway and ice speedway teams Mega-Lada Togliatti. The stadium also serves as a technical sports school for children, a sports bar, a hotel and the only specialised youth speedway track in Russia.

Alexei Stepanov, president of the Mega-Lada club, said: ‰ÛÏThanks to many years of fruitful work, developing and popularising motorcycle sports in Russia, and the special support of the Samara regional government and the governor, Mr. Dmitry Azarov, this summer Togliatti‰Ûªs Anatoly Stepanov Stadium will host the final rounds of the prestigious team event, the Monster Energy FIM Speedway of Nations.

‰ÛÏIn 2018, for the first time in its history, the Russian national speedway team won the champion‰Ûªs title.

‰ÛÏNow we have an even more important duty ‰ÛÒ to organise the Monster Energy FIM Speedway of Nations in Togliatti.

‰ÛÏI am sure that the national teams shall enjoy the racing, and fans and friends coming from all over the world shall like staying in Togliatti. We will do our best to write Togliatti‰Ûªs name in the glorious history of world speedway.‰Û