Russell and Bollinger Battle to the Wire at Dunlop Tomahawk GNCC 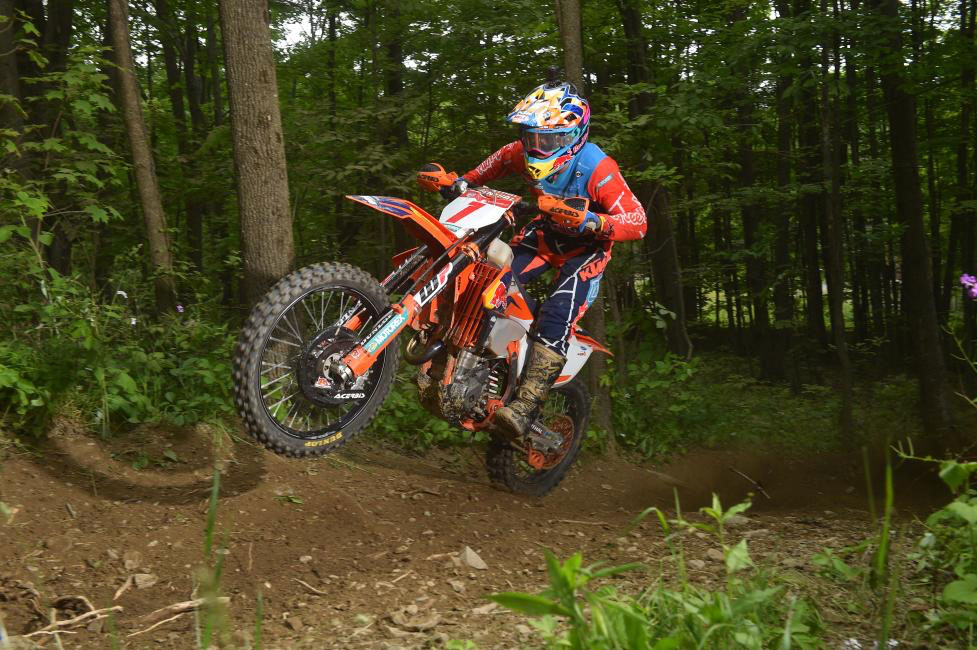 Kailub Russell earned his sixth win of the season, and his first-ever victory at the Dunlop Tomahawk GNCC. Photo: Ken Hill
The 4th Annual Dunlop Tomahawk GNCC continued Sunday, June 10 in Odessa, New York. Round eight of the 2018 AMSOIL Grand National Cross Country (GNCC) Series was greeted with more than perfect racing conditions as temperatures were in the mid-60's and a cool breeze descended upon Seneca Highlands.

FMF/KTM Factory Racing's Kailub Russell returned to the center of the podium for his first-ever victory at the Dunlop Tomahawk GNCC.

Making his return to the GNCC circuit was Rockstar Energy/Leatt/Maxxis' Ryan Sipes as he grabbed the $250 All Balls Racing XC1 Holeshot Award. Sipes ran at the front of the pack for the first laps of the race, but he would ultimately finish in the ninth-place position. K. Russell along with JCR/Honda's Trevor Bollinger made the early pass and push forward battling amongst themselves as the three-hour race wore on. 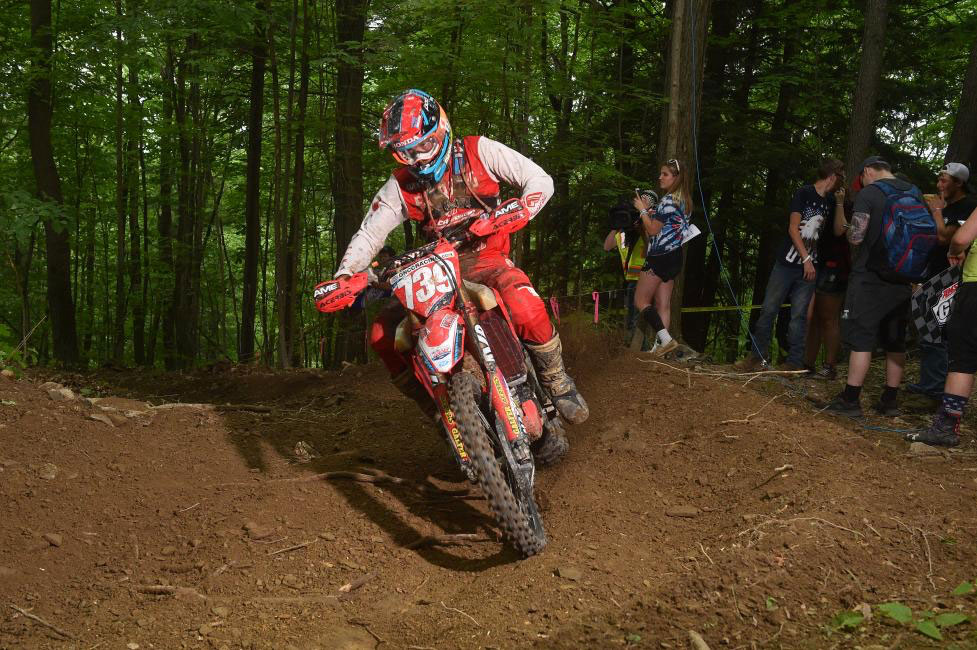 Trevor Bollinger was putting the pressure on K. Russell throughout the entire race, ultimately earning his best finish of the season with a second overall. Photo: Ken Hill
Bollinger came through timing and scoring each lap just seconds behind K. Russell, pushing harder each lap. When the white flag flew Bollinger tried to put on a last lap charge, but finished the day out in second just 0.8 seconds behind K. Russell. This is Bollinger's second appearance on the podium this year, and his best performance thus far in the season.

Just two weeks ago in Ohio, Thad Duvall dominated the day, unfortunately after a mid-pack start Duvall found himself unable to put the pressure on the two front-runners. Duvall worked his way up to third on the second lap and remained there for the duration of the race. Duvall stated that even though he didn't win he was pleased with how he rode throughout the race.

Australian Josh Strang, finished out the day fourth overall. Strang found himself in the ninth-place position on the second lap, but put his head down from there and make the charge up to fourth over the next few laps.

AmPro Yamaha's Ricky Russell ran in podium contention during the early portions of the race. R. Russell is no stranger to the top five positions in the XC1 ranks and earned his second-best finish of the season with a fifth overall in New York. 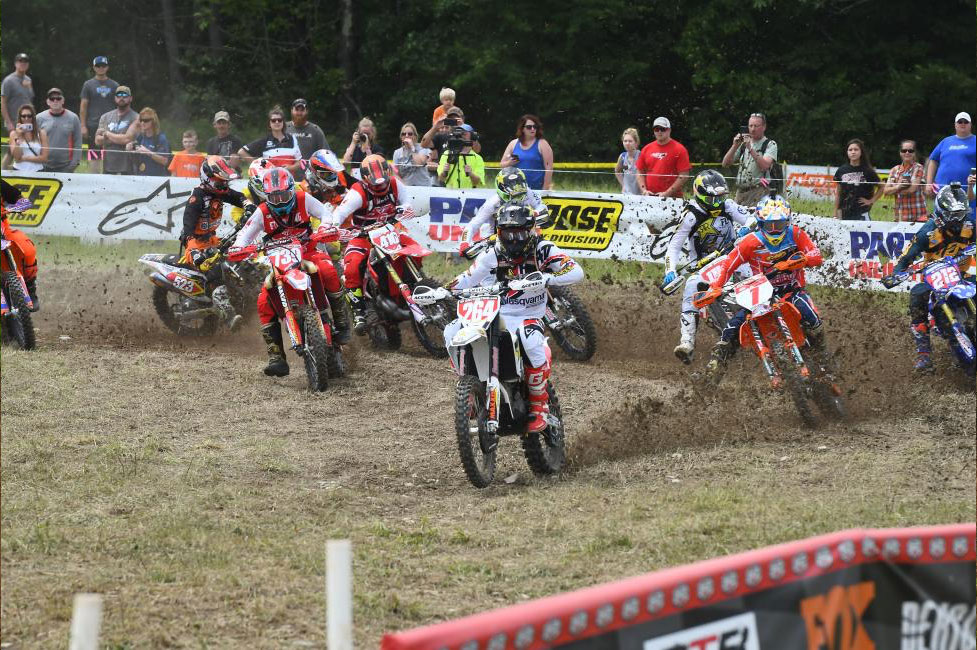 Ryan Sipes made an appearance at the Dunlop Tomahawk GNCC, and earned himself the $250 All Balls Racing Holeshot Award. Photo: Ken Hill
KR4/Husqvarna's Layne Michael completed the day in 10th overall, and sixth in his class. Michael was running a good pace throughout the race, but on the third lap fell back to tenth after suffering from what looked to be a slight injury to his foot. Michael continued to race and push through the pain, where he earned his fifth top 10 finish of the season.

Factory GasGas/FAR's Andrew Delong put in a great ride at what is considered the closest race to his hometown in Eastern Pennsylvania. After starting out the day near the back of the XC1 Open Pro pack, Delong steadily improved each lap working his way up to seventh in his class when the checkered flag flew. Beta USA's Jordan Ashburn rode to a solid top ten finish on the day, ending up with eighth place in the XC1 Open Pro class. 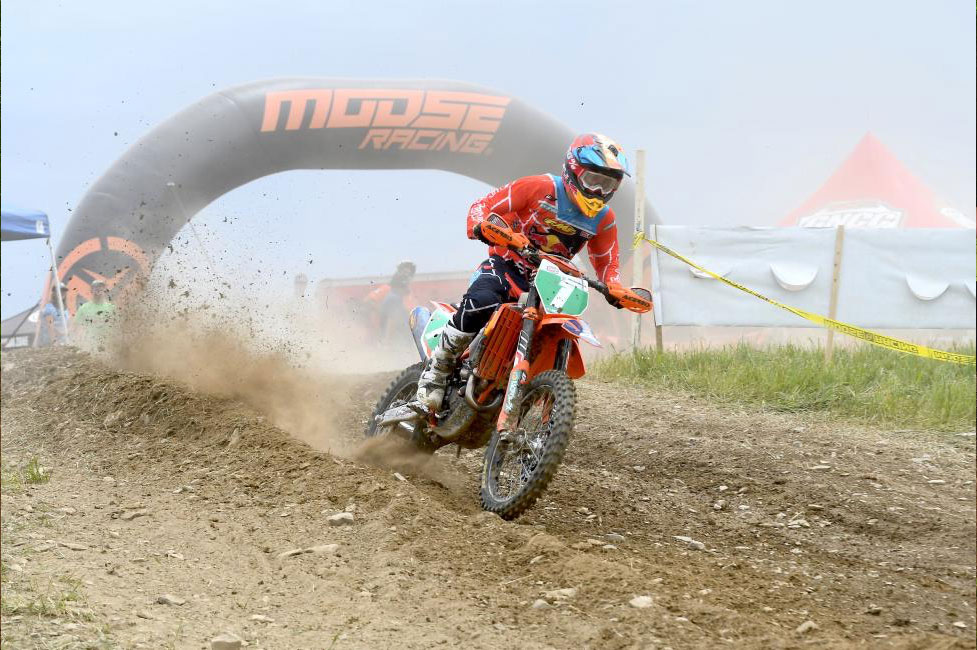 Josh Toth was on the gas Sunday, earning his sixth win of the season. He now sits 8 points behind the XC2 250 Pro class points leader. Photo: Ken Hill
Sipes, who managed to grab the holeshot and early lead eventually fell back through the pack and finish the day in 18th overall, but ninth in the XC1 Open Pro. This was Sipes' third GNCC appearance of the season since deciding not to return to the series full-time. Solid Performance KTM/Fly Racing's Jesse Groemm rounded out the top 10 in XC1 but found himself just outside the top 20 overall. 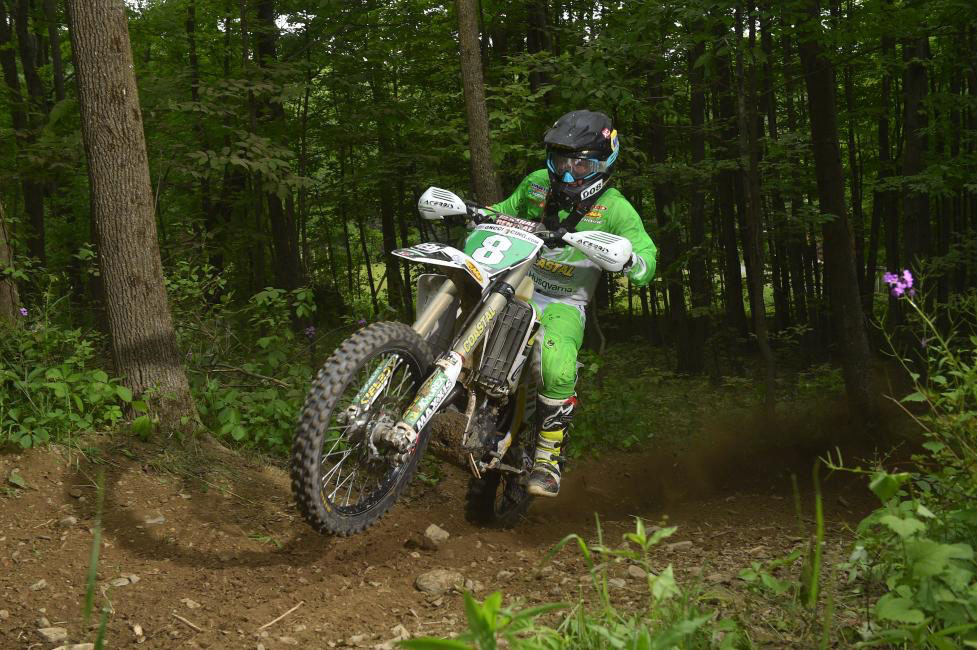 Craig Delong captured second place in the XC2 250 Pro class this past weekend. Photo: Ken Hill
Tely Energy Racing/KTM's Steward Baylor Jr. and Grant Baylor were not having the race they had hoped for this weekend. G. Baylor was out of the race after completing two laps due to a mechanical issue. S. Baylor was putting in a good ride until he blew a fuse on his bike, pushing him farther back in the pack. Ultimately S. Baylor only completed five laps at round eight in Odessa, New York. KR4/Husqvarna's Cory Buttrick would also succumb to issues after only being able to complete two of the seven laps. 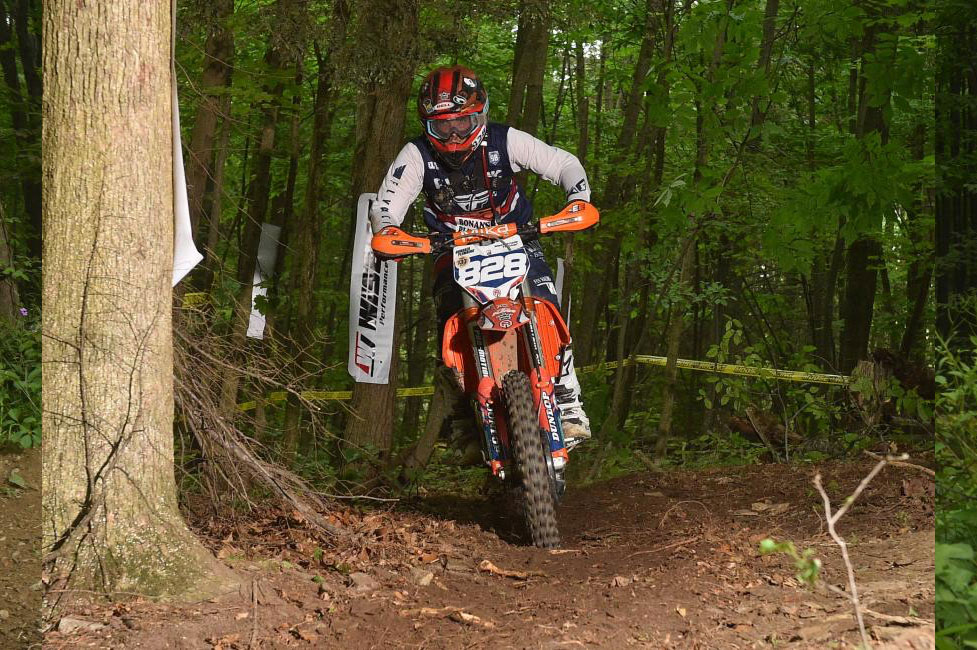