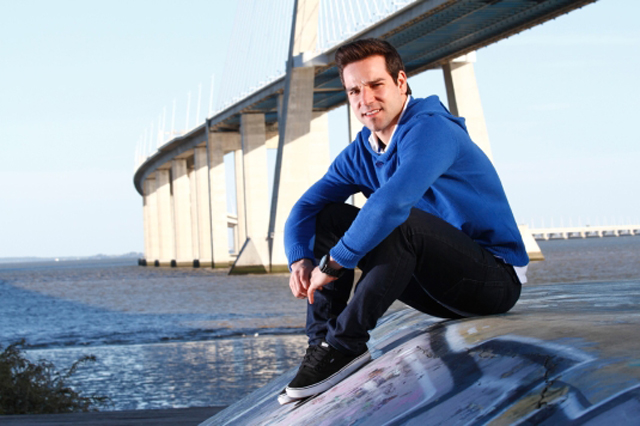 Portugal's most successful ever motocrosser, Rui GonÌ¤alves, has signed with Bike it Yamaha Cosworth to contest the FIM Motocross World Championship in the MXGP class and also take on his national series with the new 2014 YZ450F thanks to the support of Yamaha Motor Portugal.

The former MX2 vice world champion has stepped into the shoes vacated by Dean Ferris with the British team last month. GonÌ¤alves, a precise, technical and intelligent rider with experience of working with two other factory teams, is now back to full fitness and preparing with gusto for 2014 after an unlucky term this year where a few small injuries blighted his efforts in the final season for the MX1 category.

Rui GonÌ¤alves is one of the top motorsport athletes from Portugal and among a strong off-road racing community where Enduro and Rally have a notable pedigree. The veteran of 125/MX2 and MX1 (now MXGP) racing achieved distinction with an emotional home Grand Prix victory at Agueda in 2009, the same year that he rode to second place in the MX2 FIM Motocross World Championship; the first Portuguese to do so in the long history of the sport.

With four triumphs to his name at the highest level, GonÌ¤alves is renowned as a fast starter, a precise and fluid rider with a delicate feel for bike set-up and is a competent sand racer.

2014 will be Rui's fifth season in the premier class and his first with Yamaha where his expertise in development (a benefit that at least two other factories have counted on) will come to the fore as he helps sharpen the YZ450F for the racetrack.

"I?m really happy to have sorted this out with Bike it Yamaha Cosworth," said the 28 year old. "Steve has a reputation for building fast bikes and the Yamaha YZ450F is something new for me to work with.

"Honestly, I am excited and motivated to get to work. I want to turnaround the bad luck of 2013 and I?m extremely motivated to build myself up through the season and show again my potential. I always felt I have more to show in Grand Prix and now I?ve been given a great chance to make that happen.

"I cannot give enough thanks to Steve, Laurens at Yamaha Motor Europe and also Filipe at Yamaha Motor Portugal for putting this together. It will also be cool to be back in the Portuguese Championship and getting even closer to the fans there." Goncalves added.

Team owener Steve Dixon is looking forward to the seeing th Portugese rider running up front on the teams all new 2014 Yamaha YZ450F.?

"I am looking forward to see Rui in MXGP on our bike," commented Bike it Yamaha Cosworth Team owner and manager Steve Dixon. I think Rui has something to prove and will fit well amongst our team.

"I am sure with our mechanic Victor - who had victories with Dean this year - they will do a good job together as they are both Portuguese! It will also be nice to be part of the MXGP class and it's more practical with the YZ450F as it shares so many parts with the 250 now." Dixon added.?

GonÌ¤alves will link-up with young British star Max Anstie who will spearhead the team's focus in the MX2 division with the brand new YZ250F. The FIM Motocross World Championship that is set to start on March 1st at Losail in Qatar.

Top Image: Rui GonÌ¤alves will ride for the Bike it Yamaha Cosworth team in the 2014 MXGP