Rounds 7 and 8 AORC ‰ÛÒ What you need to know 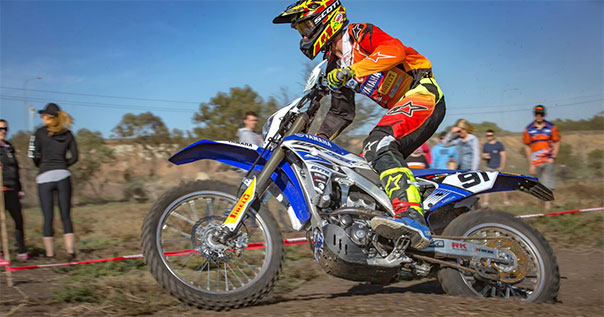 Rounds 7 and 8 AORC ‰ÛÒ What you need to know The wait is almost over as the competitors of the 2016 Yamaha Australian Off-Road Championship begin to make the journey to Hedley in Victoria for Rounds 7 & 8 this weekend, and we have everything you need to know!

Hedely is located approximately 2.5 hours East from Melbourne City in rural Victoria, surrounded by accompanying towns of Yarram, Welshpool and Foster to name a few.

This iconic location is well known for its Sandy terrain, and will see competitors face their first Cross Country round this Saturday the 23rd of July and a Sprint this Sunday the 24th of July.

With a long hiatus over the winter break competitors are eager to get back into the thick of things for the remaining six rounds of the AORC Championship, and with World class competitors the battles are sure to be heated and fast.

KTM Enduro Racing Teams Tye Simmonds showed no sign of slowing down over the break as he made his way around Australia competing in the Tatts Finke Desert Race, Hattah Desert Race and jumping on the bike every chance he could get.

Simmonds is sure to put the pressure on current E2 Championship Points leader CDR Yamaha‰Ûªs Chris Hollis with Josh Green has been ruled out of the competition until further notice due to injury.

Jack Simpson (E1) and KTM Enduro Racing Teams Daniel Sanders (E3) are current Championship Points leaders for their respective classes and will be looking at defending their positions as we close in on the second half of the season.

With a depth of talent streaming from the Transmoto EJ class, there are sure to be more battles as the break proved valuable for Pirelli Motul Sherco Factory Team‰Ûªs Wil Ruprecht and Nic Tomlinson still clinching the EJ Championship points lead.

With Yamaha‰Ûªs continued support for the series in 2016 the Yamaha AORC will see championship classes of E1, E2, E3, Women‰Ûªs, Vets, Masters and Transmoto 19‰Ûªs and Under EJ classes run alongside the State Victorian Round this weekend.

Below are the Championship standings heading in to Rounds 7 & 8