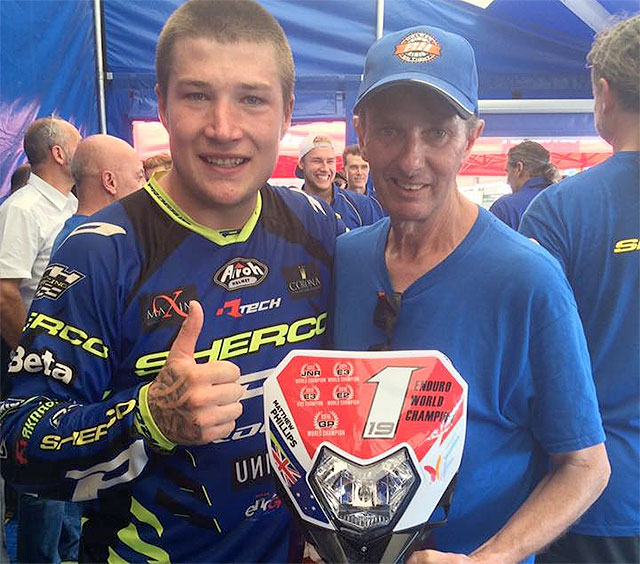 In a selfless and gallant act, Mount Eliza‰Ûªs Rosco Holden graciously donated well-deserved prize-money to all of the podium-getters on the final day of competition at the 2016 KTM Australian Junior Motocross Championships in Renmark, South Australia on Saturday, October 1.

After finding out that the host club forgot to organise trophies for the winners of the AJMXC, Rosco and his company, Holden on Tight, who support two-wheeled heroes and the community in need, graciously donated prize money to all the podium-getters including newly crowned Australian champions from Victoria Cody Dyce, Taj Marshall, and Mason Semmens.

‰ÛÏUnfortunately, the club had a hiccup with their trophies, and I felt that it was important that the junior riders received something for their efforts rather than go up to the stage and receive nothing,‰Û