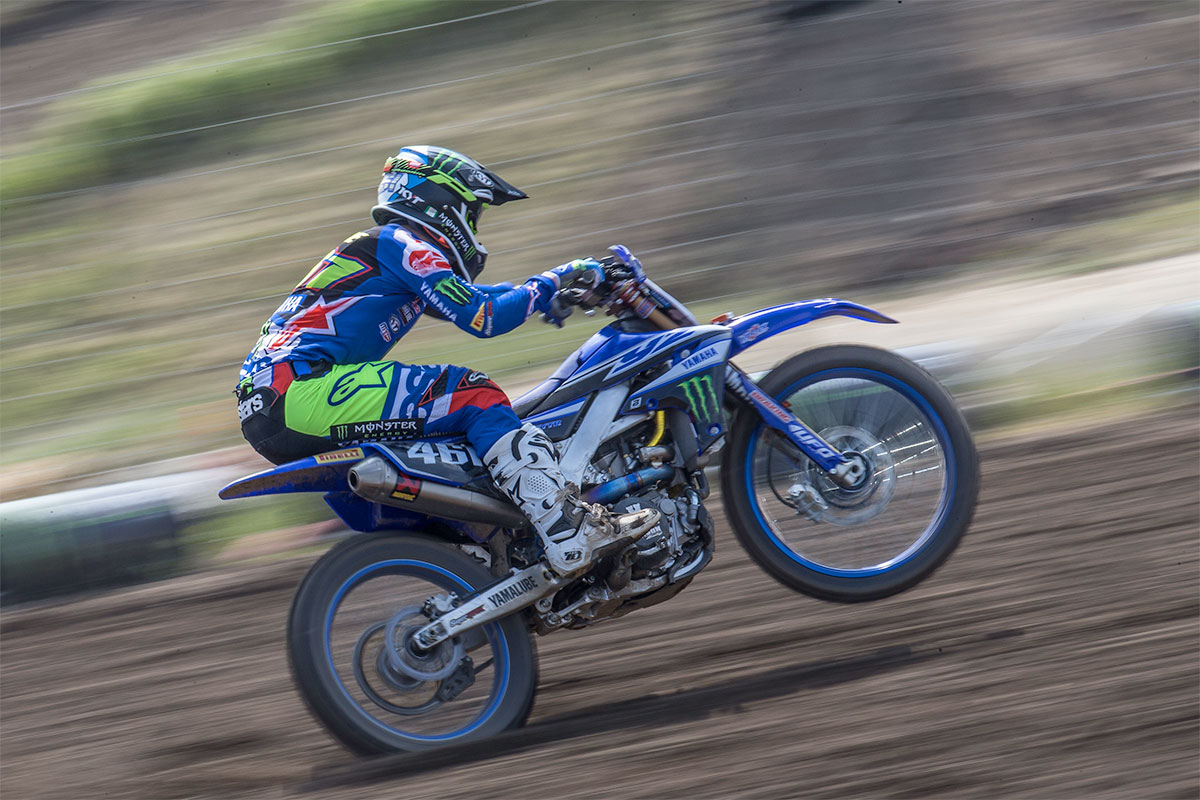 Despite coming away with a podium it was still a tough day for Febvre as he had to contend with pain from injuries sustained at the previous round. Photo: Yamaha Racing
Monster Energy Yamaha Factory Racing's Romain Febvre put in a Spartan ride for his first podium finish of the season at the ninth round of the FIM Motocross World Championship.

Balmy temperatures and a hard-packed greeted riders at the picturesque Matterley Basin circuit in Winchester, England.

The fast and jumpy hill side track played host to the British Grand Prix where Romain Febvre's performance was nothing short of heroic. The Frenchman could barely walk as a result of the ligament injury he sustained in the final race at the MXGP of Germany, but he dug deep and was fast enough to stand on the third step of the box following a fifth place finish in Race 1 and a hard-fought third place finish in Race 2. 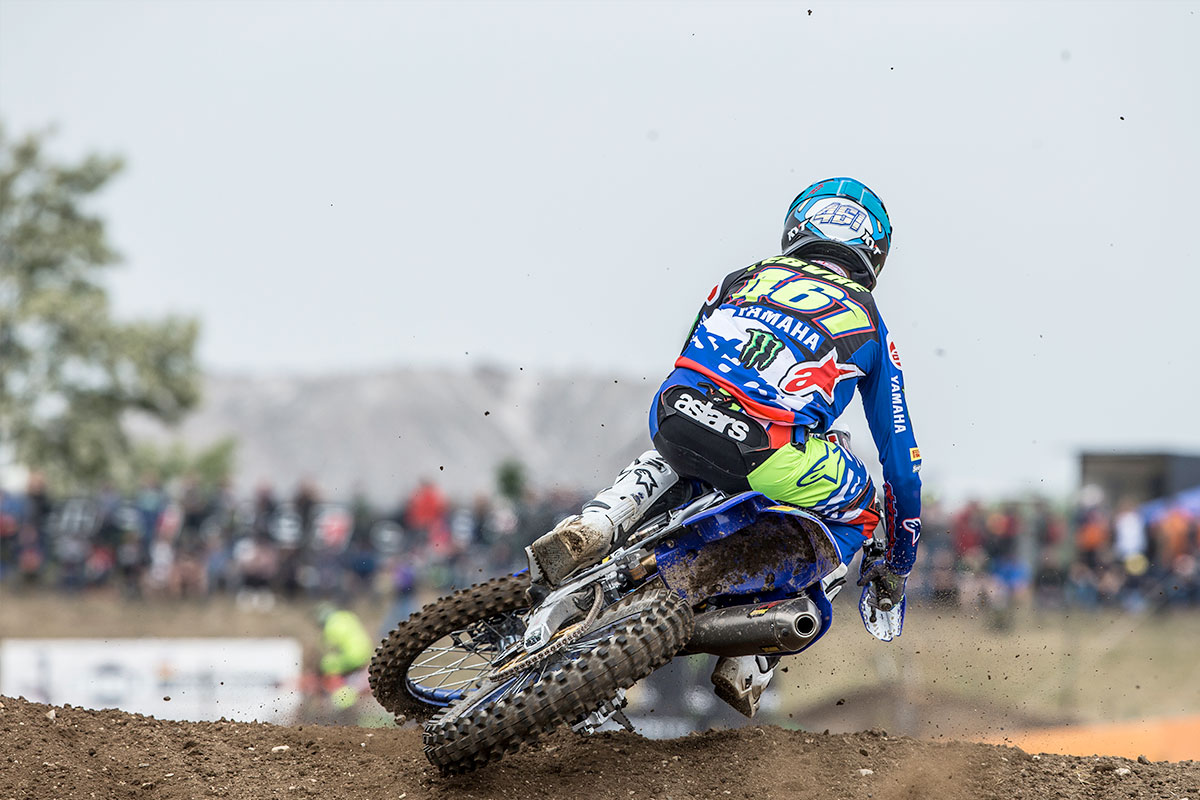 Romain Febvre lays it over on his way to his first podium of 2018. Photo: Yamaha Racing
"It was a really tough weekend, but I am happy to be back on the podium," Febvre said. "I got injured in Latvia after I connected with another rider but still, I was almost on the podium in Germany but I crashed again and hurt my foot pretty bad. Last week was not good, I saw many doctors and they suggested that I take four weeks out, but I wanted to at least try and score some points and now I am on the podium. I can't thank everyone who supports me enough, especially the guys at Yamaha, the physiotherapist and everyone, without them I would probably not have been able to race let alone stand on the podium."

Febvre has moved up into fourth place in the MXGP Championship Standings following his podium appearance, which was the first of 2018 for the Monster Energy Yamaha Factory Racing Team and the first since the penultimate round of the 2017 FIM MXGP World Championship in The Netherlands. 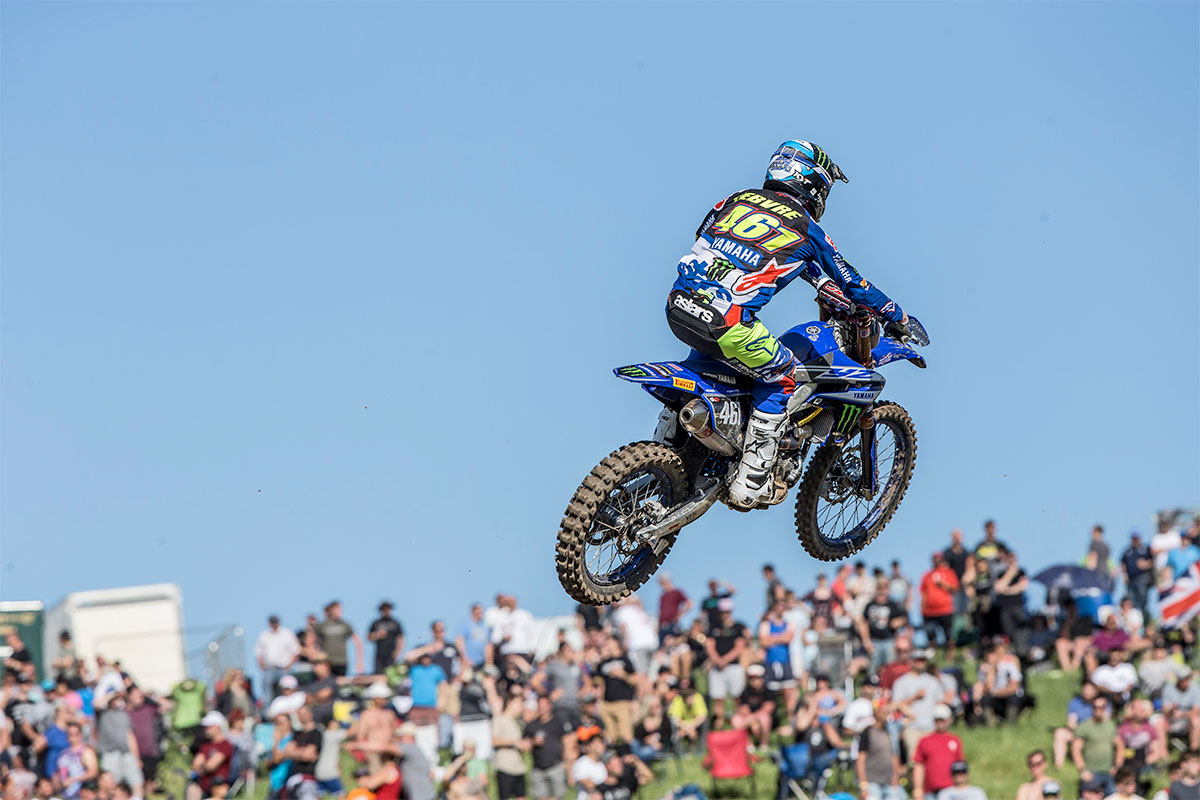 Romain Febvre during the GP of Britain. Photo: Yamaha Racing