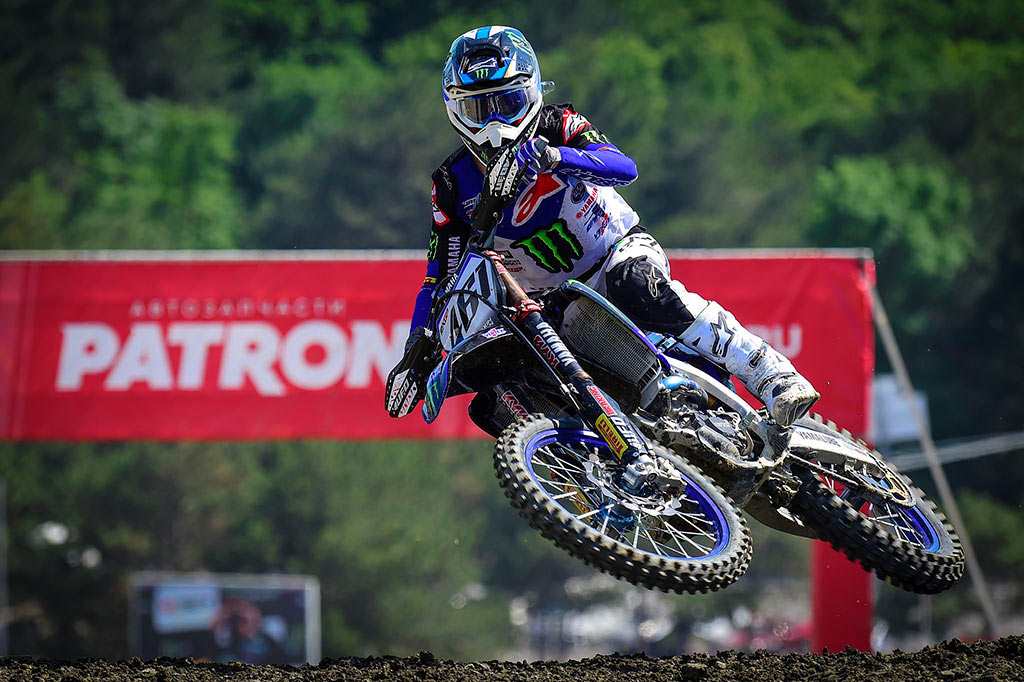 MXGP pole winner Romain Febvre backed up his opening round qualifying race win to make it now two for the season. Photo: Youthstream
The seaside venue of Orlyonok, Russia, has seen Romain Febvre and Jorge Prado victorious in MXGP and MX2 Qualifying respectively as the 2019 Patron MXGP of Russia gets underway.

With defending MXGP World Champion Jeffrey Herlings returning interest was high as the gate dropped for today‰Ûªs qualifying. Herlings was however beat out on the start by another former champion just back from injury, Monster Energy Yamaha Factory MXGP‰Ûªs Romain Febvre. Herlings then fell on the first lap putting him well outside the top 20.


Monster Energy Kawasaki Racing Team‰Ûªs Clement Desalle, who has won this event the past 2 seasons, was in second behind Febvre. Monster Energy Wilvo Yamaha Official MXGP‰Ûªs Gautier Paulin ran third while Team HRC‰Ûªs Tim Gajser made it past both championship leader Antonio Cairoli and Jordi Tixier.

Cairoli and Max Anstie also were quick to get by Tixier. By the 6th lap Herlings had made his way up to 19th while his KTM teammate, Cairoli, applied pressure to Gajser for 3rd after they both had passed Desalle. On the next lap Cairoli hit the ground hard just ahead of Desalle who also crashed while trying to miss the wayward KTM. Cairoli was slow to get up but rode back to Pit Lane and is expected to race tomorrow. 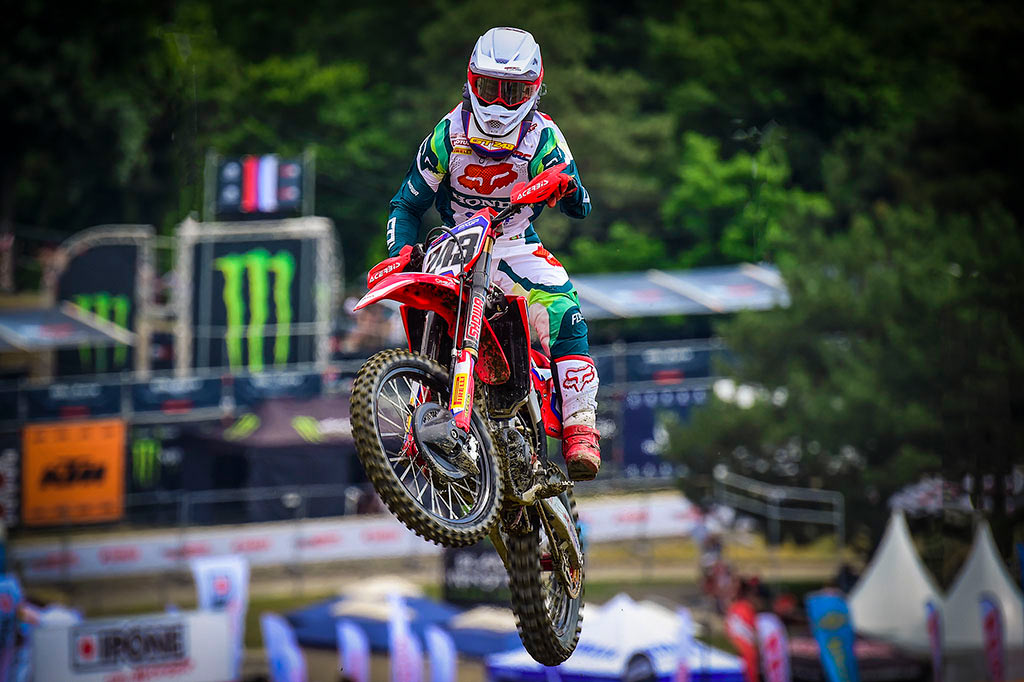 Team HRC‰Ûªs Tim Gajser finished just over one second behind Febvre, giving him second pick and a good chance to extend his run of four race victories in a row. Photo: Youthstream
Desalle was passed by Anstie and Monster Energy Yamaha Factory MXGP‰Ûªs Jeremy Seewer as a result of the fall but remounted his Kawasaki to hold on to 6th. Gajser took over 2nd from Paulin in the meantime but Febvre scored the win, his 2ndqualifying win of the rounds he has competed in this year.

Herlings managed to get up to 16th while Russian MXGP superstar Evgeny Bobryshev took 11th on his BOS Factory bike in front of the home crowd. Cairoli‰Ûªs fellow Italian, Gebben Van Venrooy Kawasaki Racing‰Ûªs Alessandro Lupino, also crashed out of today‰Ûªs qualifying but his status for tomorrow is unknown. 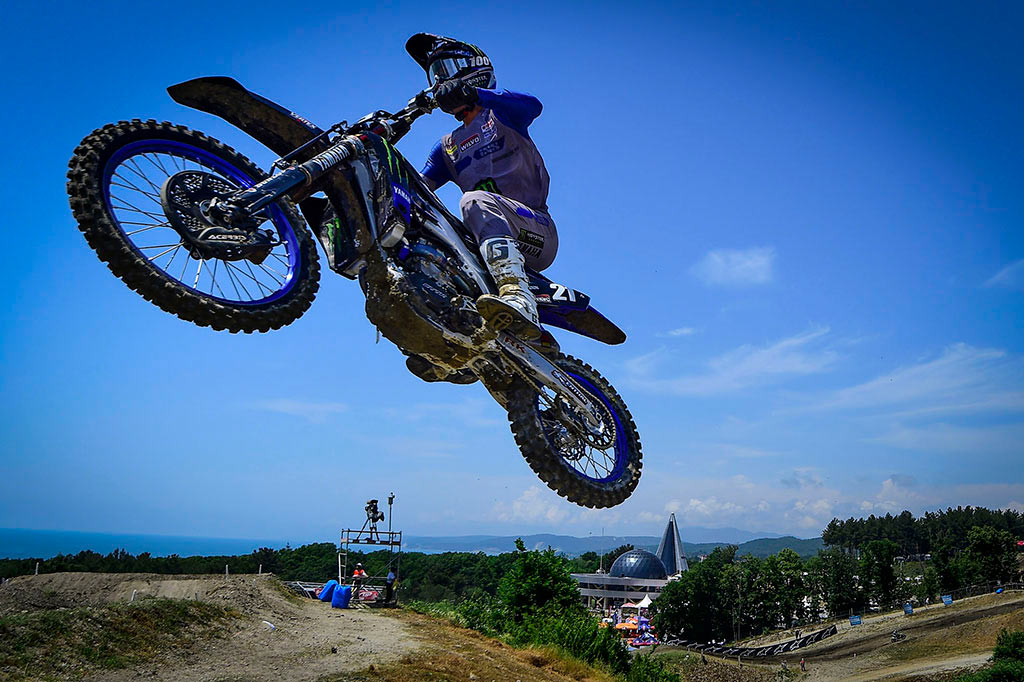 Gautier Paulin. Photo: Youthstream
‰ÛÏI felt good today, this week I was really sick again, but today I felt much better since the morning," Febvre said. "I had a good day, second in time practice, and a really good start which on this kind of track to get a holeshot is really helpful and after I could chose my lines and just ride my lines without risk since I had no one in front of me.‰Û 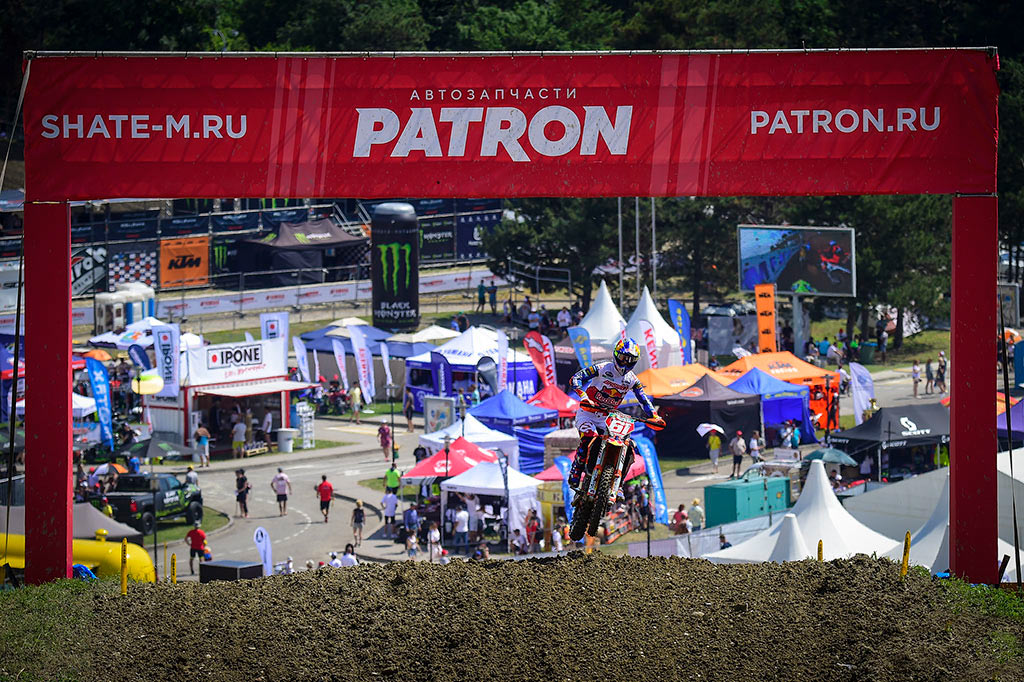 Jorge Prado. Photo: Youthstream
MX2 Qualifying started with Tom Vialle leading but the young Frenchman made a mistake on the uphill losing momentum and allowing Darian Sanayei to take over the lead.

The American‰Ûªs time at the front was short lived however as he tipped over in a rut giving Monster Energy Kemea Yamaha Official MX2‰Ûªs Jago Geerts the top spot. Championship leader Jorge Prado was in second but before the next lap was complete, he took the spot from Geerts.

Thomas Kjer Olsen was in third but also moved past Geerts. Sanayei was then caught by a handful of riders first losing 4thto Vialle before Yamaha SM Action MC Migliori‰Ûªs Michele Cervellin and Honda 114 Motorsports‰Ûª Mitch Evans dropped him further back to 7th. 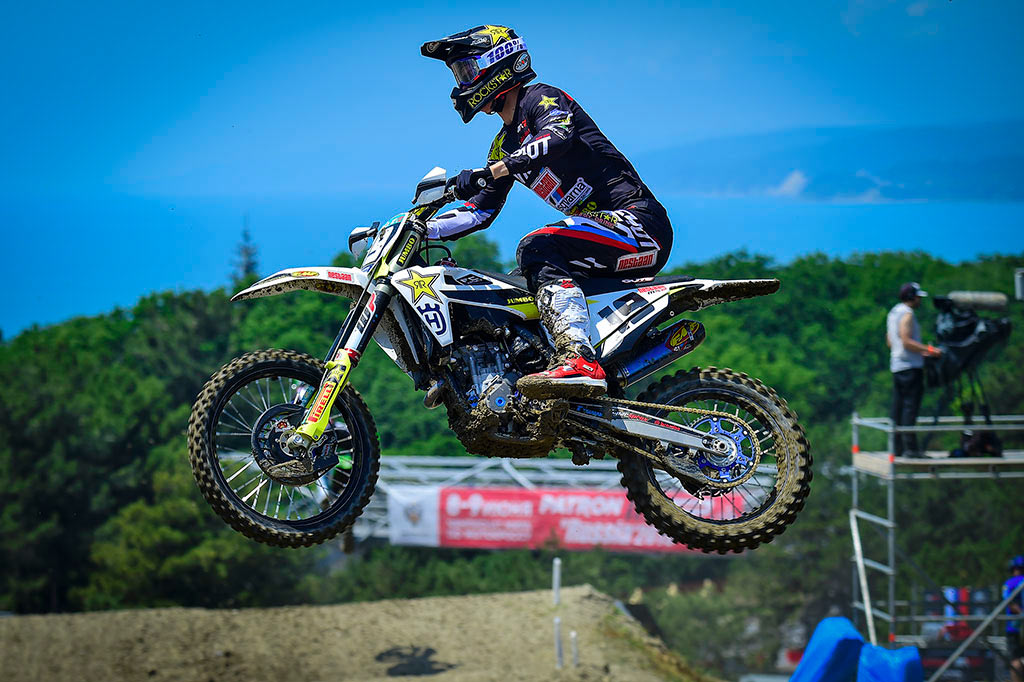 Thoms Kjer Olsen. Photo: Youthstream
Monster Energy Kemea Yamaha Official MX2‰Ûªs Ben Watson would have been the next rider to challenge Sanayei but instead lost control of his Yamaha on the takeoff of the finish jump crashing hard and later rejoining the race in 28th.

Sanayei did however lose one more position to Honda Redmoto Assomotor‰Ûªs Mathys Boisrame six laps later. Evans pushed his way past Cervellin and Vialle to take 4th in the late stages of the race while Prado took the win ahead of Olsen and Geerts, Vialle eventually finished 6th, Sanayei 8th, and Watson 25th.

Australian Jed Beaton was back in the top ten rounding the race out in 9th place.

‰ÛÏToday was a good day and I felt good already in the Free Practice," Prado said. "I had a good start which was important, a top 5, and then I made my way up to first with a good rhythm so I am looking forward to tomorrow.‰Û 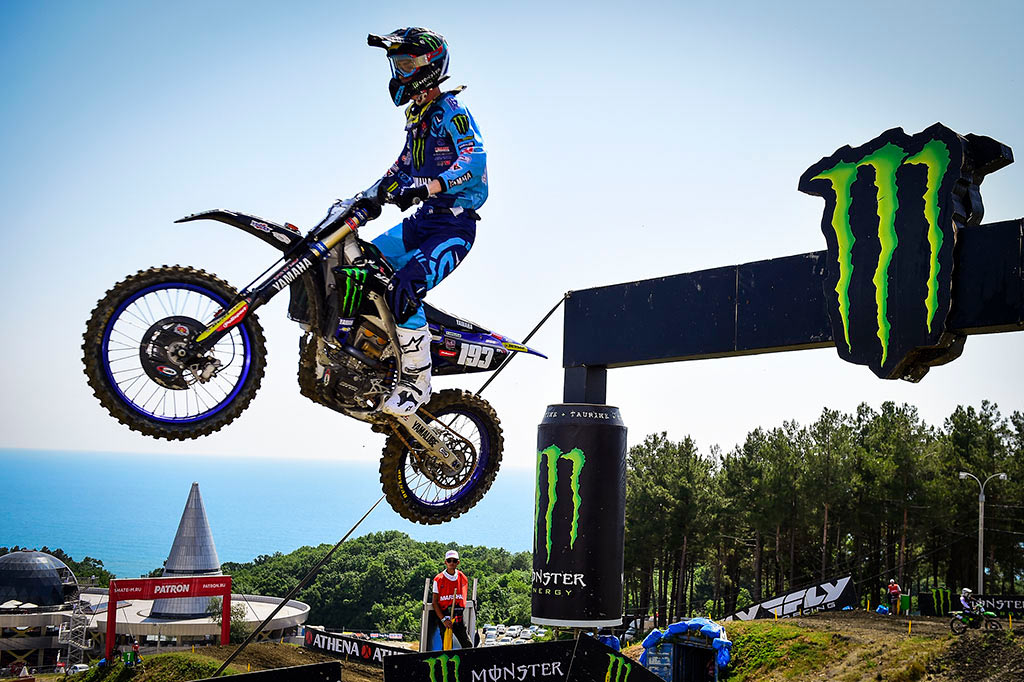