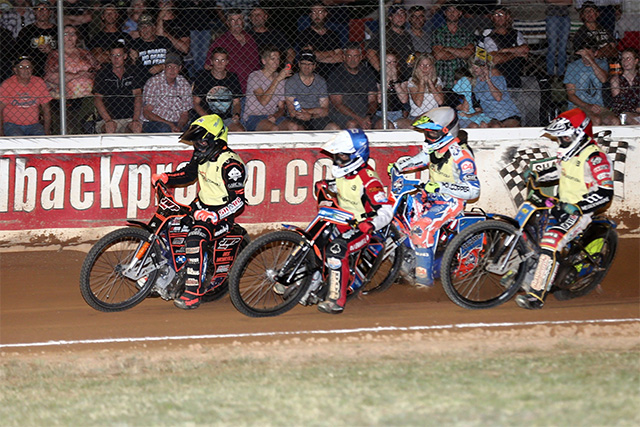 Rohan Tungate has stamped his authority on the 2018 Australian Senior Solo Speedway Championship field with his win at Undera to back up his Round 1 win at Kurri Kurri.

After an almost perfect meeting at Kurri Kurri, Tungate didn‰Ûªt rest on his laurels, claiming 13 points through five rounds and booking his spot in the A-Final. In the final, Tungate got off to a great start and didn‰Ûªt look back leading from start to finish.

Tungate sharing; ‰ÛÏIt‰Ûªs a really good start, coming here I was a bit worried coming here (Undera). I‰Ûªve never really performed as well as I would have liked here, but to win the final here is awesome."

Sam Masters bounced back in Undera claiming second place after a disappointing meeting at Kurri Kurri in Round 1. Masters won four of his five round races to book his spot in the A-Final.

Masters telling Motorcycling Australia (MA). ‰ÛÏIt was good to return to form, but the boys who are winning keep scoring points and the gap in the championship is still there. The performance was definitely better tonight and this being my favourite track of the round, it was good to bounce back.‰Û