Roczen Sweeps Indy, While Craig Claws Back Valuable Points In The East 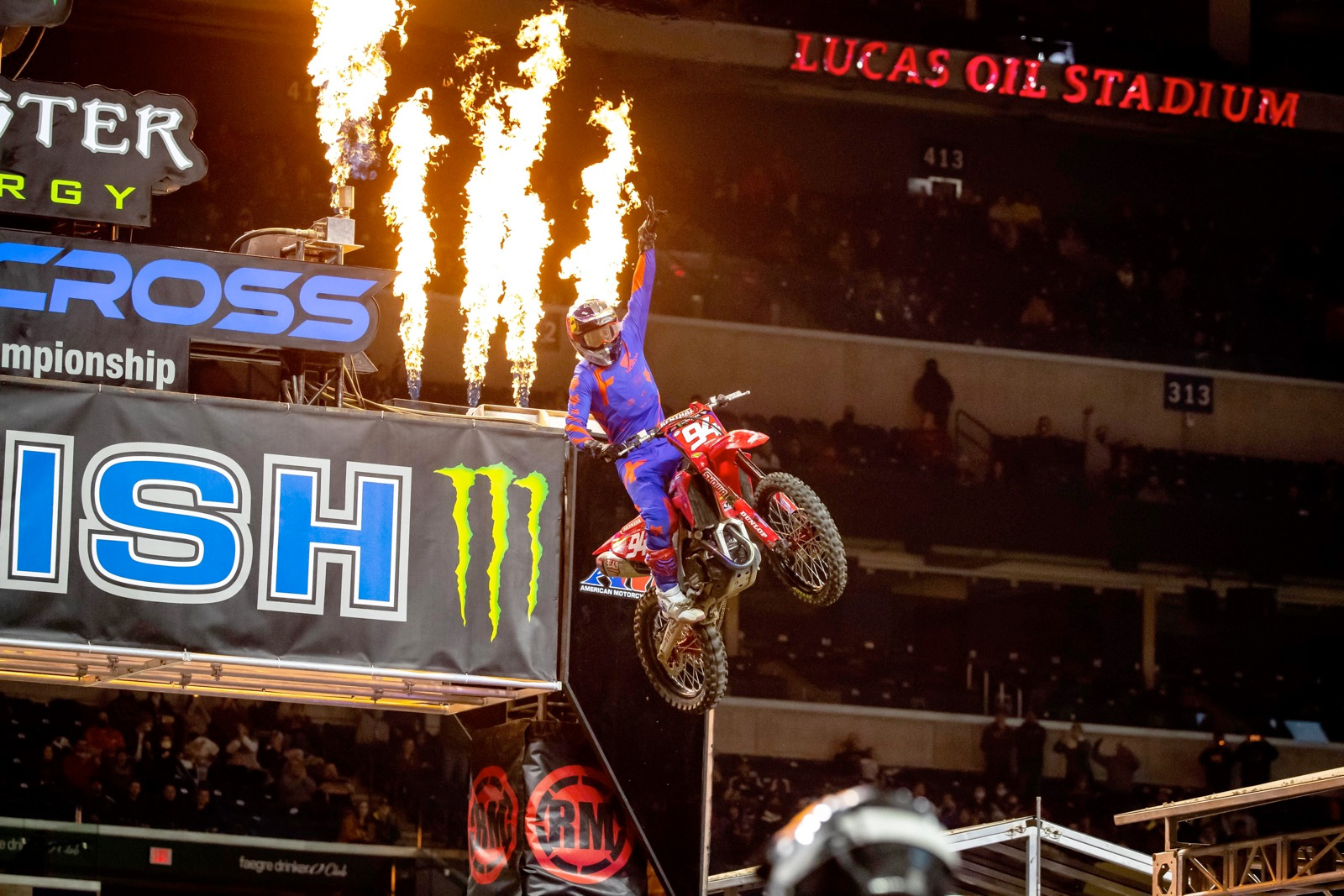 Team Honda HRC‰Ûªs Ken Roczen three-peated at the Indy triple-header; his third win was the tightest lead battle inside Lucas Oil Stadium. Credit: Feld Entertainment, Inc.
Ken Roczen has charged to a hard-fought win in the sixth round of the 2021 Monster Energy AMA Supercross, an FIM World Championship at the final of the three rounds held in Indianapolis, making it a clean sweep of the Indy events.

Keeping his winning run going, Roczen raced to a heat race victory before again showing the field who they needed to chase in the 2021 championship, grabbing the holeshot when the gates dropped on the main event.

Unlike the previous race, however, Roczen was not able to ride away from the field, with Troy Lee Designs Factory GASGAS racer of Justin Bacia stalking the German ace early, before putting in a desperate attempt for the lead that nearly took both riders down. Despite the contact, the duo continued to hold down the lead two position with the lead fluctuating between 1.5 and 2.5 seconds in the early going.

Back up front, the gap between Roczen, Barcia, Webb, and Tomac closed up as the four riders started to work their way through lapped traffic. After a run-in with Vince Friese last week while lapping him, Roczen once again came close to making contact with his fellow Honda racers, allowing Webb, who had moved into the second position, to close right in on the Roczen's rear wheel.

Barcia was not so lucky while lapping Friese, making contact with the Friese rear wheel in the air, and crashing heavily. Barcia fell right in the path of Tomac, leaving both riders on the ground and losing many positions.

The crash left, Roczen and Webb in a head to head battle over the final three laps, and with Webb having a history of making late-race passes on Roczen, the crowd anticipated another late-race charge from the 2019 champion. It was not to be, however, with Roczen despite a couple of small mistakes, held on for this third straight victory, giving him 50% of this season's 450 Main Event race wins and a healthy 16 point championship lead over Webb in this years title race.

Behind Webb, Musquin made a late-race pass on Stewart to round out the podium, with Stewart holding down 4th position head of Cianciarulo in 5th and Rockstar Husqvarna's Jason Anderson in 6th on his return from injury.

Tomac, was able to recover for a 7th place finish; but lost a handful of valuable championship points, slipping to 24 points behind Roczen. Barcia was not so lucky, finishing the race down in 19th position. 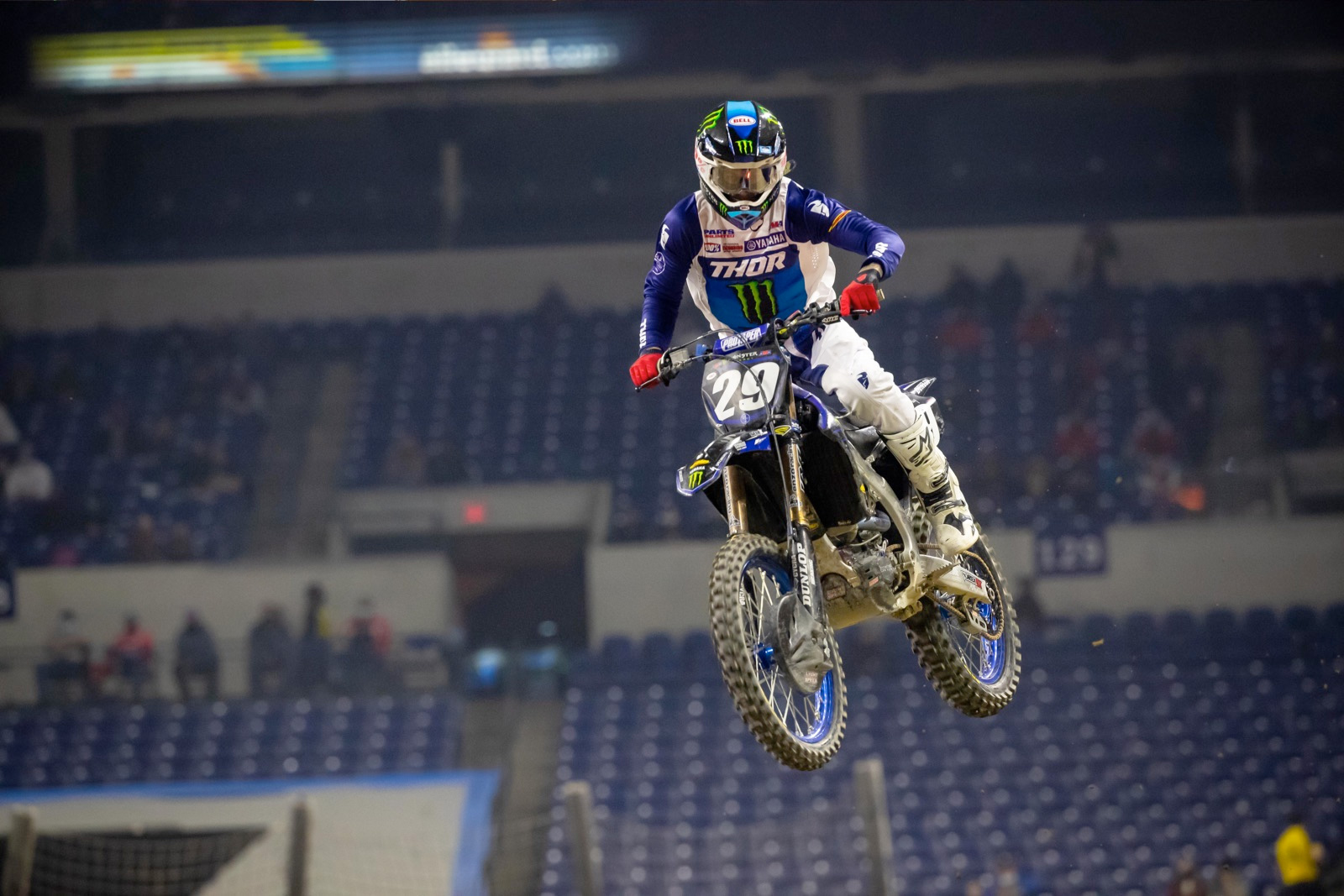 Christian Craig stayed clear of trouble for what seemed like an effortless win. Photo Credit: Feld Entertainment, Inc.
In the 250 East main event, it looked like it was going to be another runaway victory for points leader Cold Nichols as the Monster Energy Star Racing Yamaha rider shot out the gate and lead the field through the opening turn.

The championship was quickly turned on its head, with Nichols suffering a spectacular crash in front of the field; however the 26-year-old was able to duck and weave and managed not to be collected by any other rider as the entire field filled past him, leaving him to re-mount in the last position.

Behind the leading three, both Nichols and Factory Honda's Jett Lawrence who also started outside the top half of the field found each other on track, and despite getting into a game of cat and mouse with each other, we're able to charge forward and eventually both catch and pass Oldenburg.

Nichols, who spend half the main event trying to pass Lawrence, finally made the past stick with just a couple of laps to go, putting himself in the third position, while Lawrence was pushed wide by a lapped rider, forcing him off track and back behind Oldenburg.

Out front, Craig raced to his second win of the season, winning by over ten seconds to Shimoda who found himself on the podium for the second time this season, with a career-best second-place finish.

Nichols crossed the line in the third position, minimizing the points lost to Craig, and will head into the 7th round of 250 East Championship with a slender six-point championship lead.

Oldenburg held on to finish 4th, just ahead of Lawrence in 5th.

Troy Lee Designs GASGAS racer and championship front runner Michael Mosiman missed the night's racing after early breaking his hand during qualifying after coming together with another rider.

Monster Energy Supercross heads to Orlando for two rounds in the first open stadium racing of the year. The second Orlando round will also kick off the Western Regional 250SX Class racing. 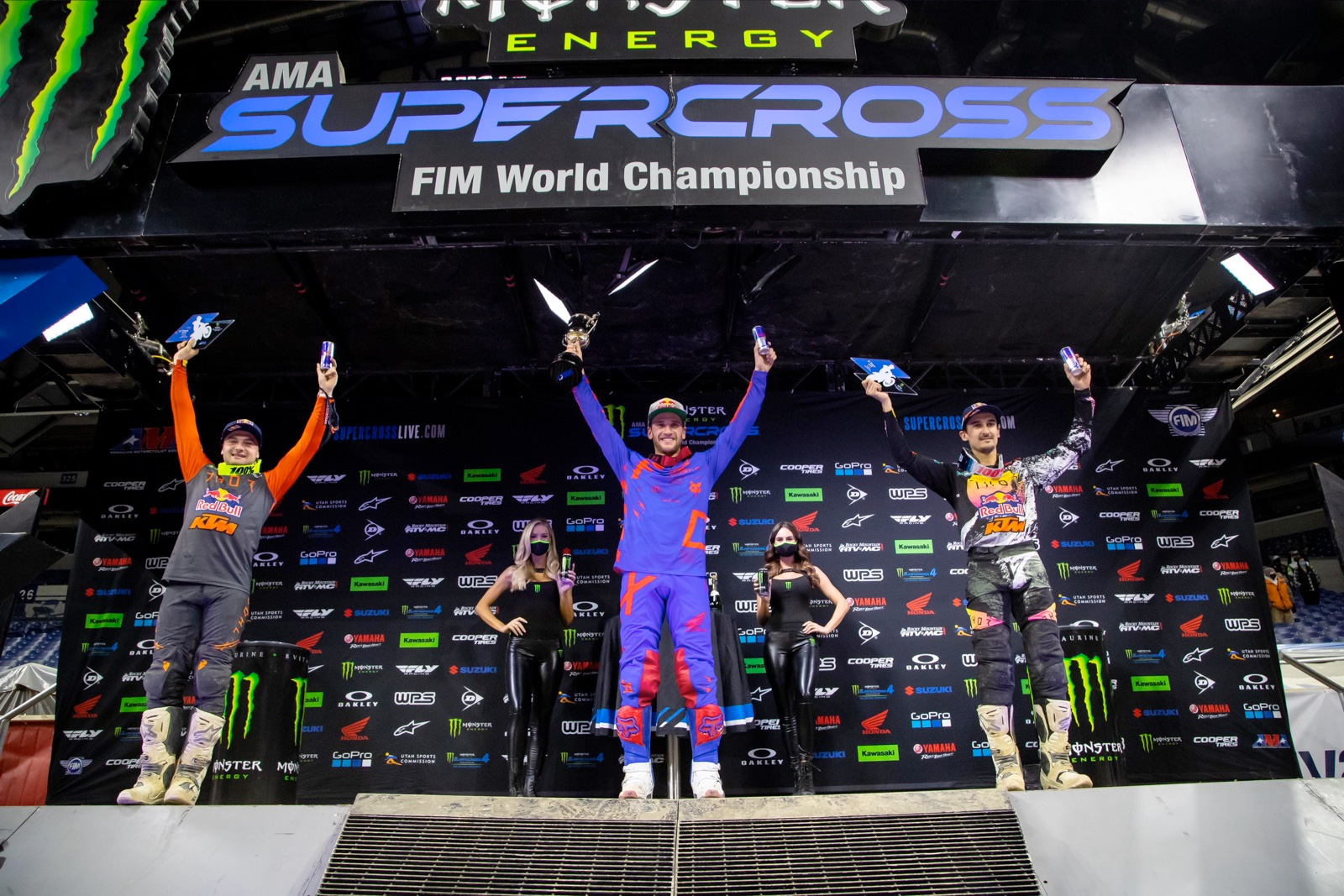 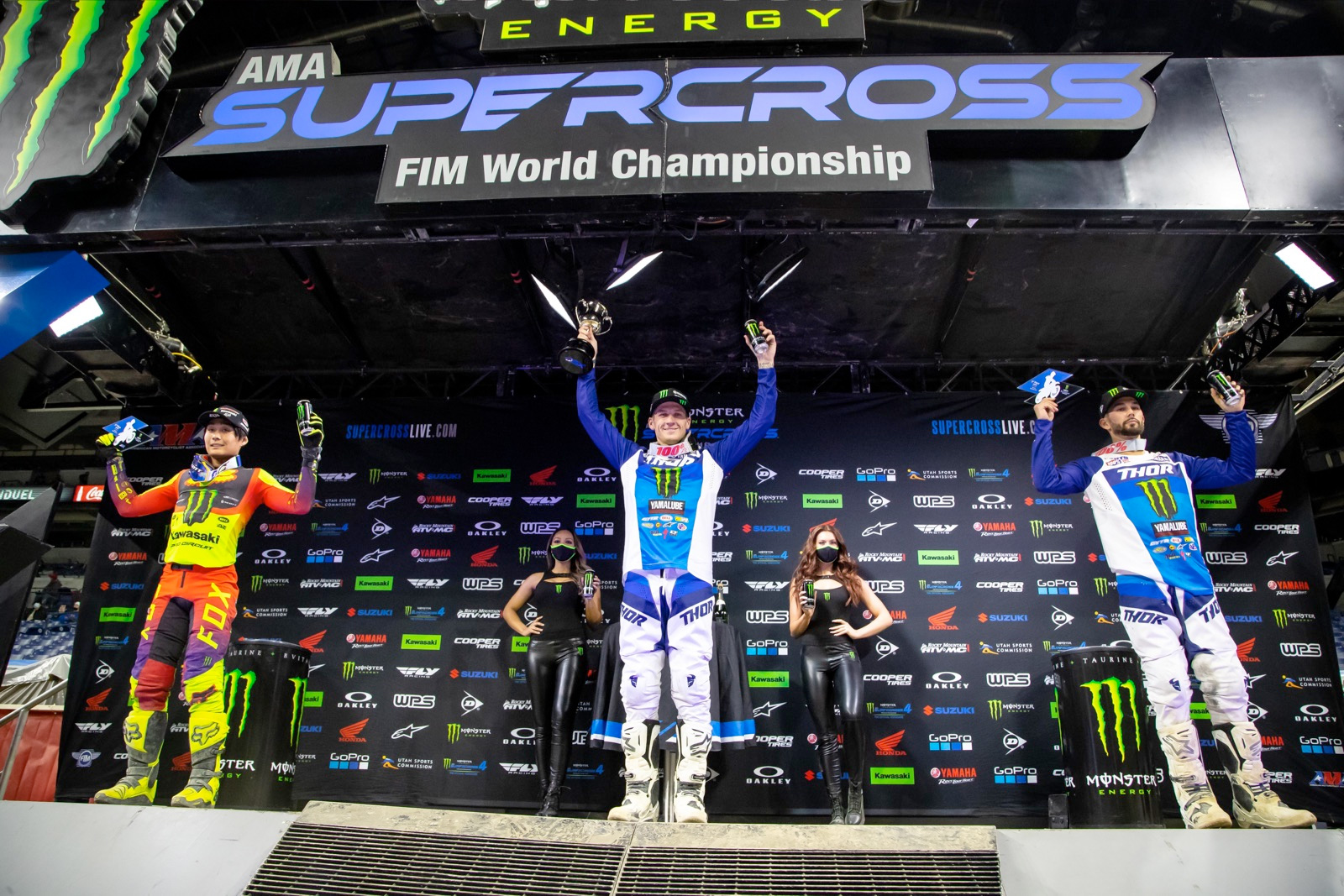