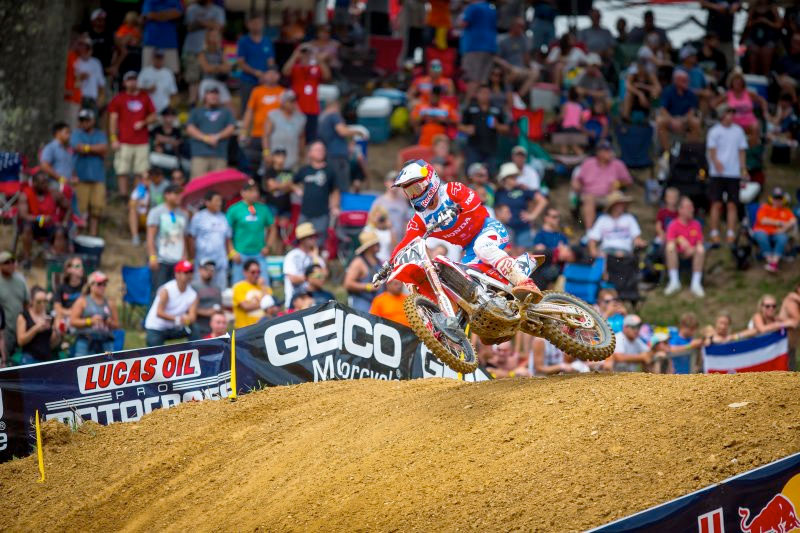 Roczen tied on points with championship leader Eli Tomac but with Tomac taking the better second moto result the German had to settle for second.
Despite hot temperatures and high humidity, the AMA Pro Motocross Championship‰Ûªs Budds Creek National saw Team Honda HRC‰Ûªs Ken Roczen put together a solid performance, securing his second moto victory of the season on his way to finishing second overall.

In moto one, Roczen got a poor jump out of the gate but charged down the start-straight to sneak into the inside of the first turn, coming out in second. The German quickly moved into the lead, taking advantage of a clear track to lay down consistent laps and open up a small gap on second. Toward the end of the 30-minute-plus-two-lap race, Roczen maintained his composure up front while fending off multiple pass attempts, then laid down a final charge to open up a 13.8 second lead by the checkered flag.

When the gate fell on the final moto, Roczen got off to a sixth-place start but advanced to third by the completion of the opening lap. He continued his charge, moving into second and then closing in on the leader, looking for an opportune time to strike. On lap five, he made an impressive pass into the lead and quickly opened a multi-second gap on the riders behind him. Roczen looked smooth up front but was unable to maintain his pace throughout the entire race, relegating the lead on lap 12, before losing one more position by the end of the race. 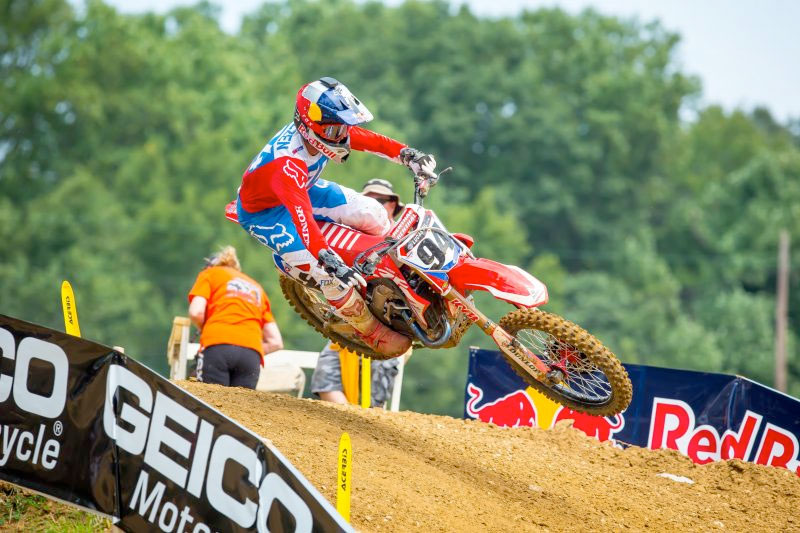 Roczen's Mechanic Oscar Wirdeman stated: ‰ÛÏToday‰Ûªs moto win means way more because even though a win is a win, this one was straight up, with Ken fighting for it from start to finish."
‰ÛÏThe first moto was great. I had a good battle with Marvin [Musquin] going through most the race and once there were only five laps left, I just told myself that I better pull this off and get the win," Roczen explained. "I was trying to just keep it steady, but if Marvin was still close behind me, I was going to try and put on a charge the last couple laps; luckily I didn‰Ûªt really have to.

"It was my shot at the overall today, but unfortunately I got sick halfway through the week and definitely wasn‰Ûªt feeling it this morning and it caught up with me in the second moto. I just ran out of steam at the end and let those guys get by me. I gave it my all out there and unfortunately it wasn‰Ûªt enough for the overall again, but I just want to get this season over with healthy and giving each race all that I have‰ÛÓtoday, that was it.

"We‰Ûªre going to take what we‰Ûªve learned to regroup for this off-season, and come back to crush it next year. I‰Ûªm happy with where I‰Ûªm at this season, but at the same time, I‰Ûªm a winner and I want to win. I try to put it into perspective because I was here last year hurt and I would‰Ûªve taken a day of racing sick and in the heat over anything, so to be back a year later fighting for wins and getting second overall is pretty dang good," the German concluded. 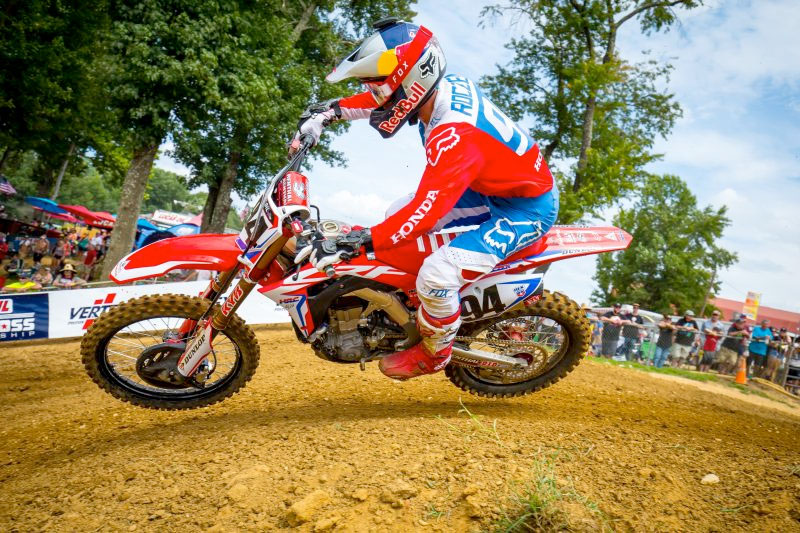 The day started slowly for Roczen, as he struggled in the day‰Ûªs first qualifying practice before finding his stride in the second session, posting the fifth-quickest time with a 2‰Ûª06.117‰Û
Team Manager Erik Kehoe was happy to see the 24-year-old back up on the podium.

‰ÛÏAfter struggling last weekend in the mud, it‰Ûªs great to have Ken back on the podium today. He fought hard in the first moto to get that win and it meant a lot to not only him but the team as well. He‰Ûªs been doing so good this season that we‰Ûªve come to expect him to be up front and battling, but I‰Ûªm really happy with how Ken‰Ûªs stuck to the plan this season. He‰Ûªs stayed patient while building and learning each week. It‰Ûªs already been a great season, so we‰Ûªre looking forward to ending on a solid note next weekend in Indiana and to start focusing on 2019.‰Û 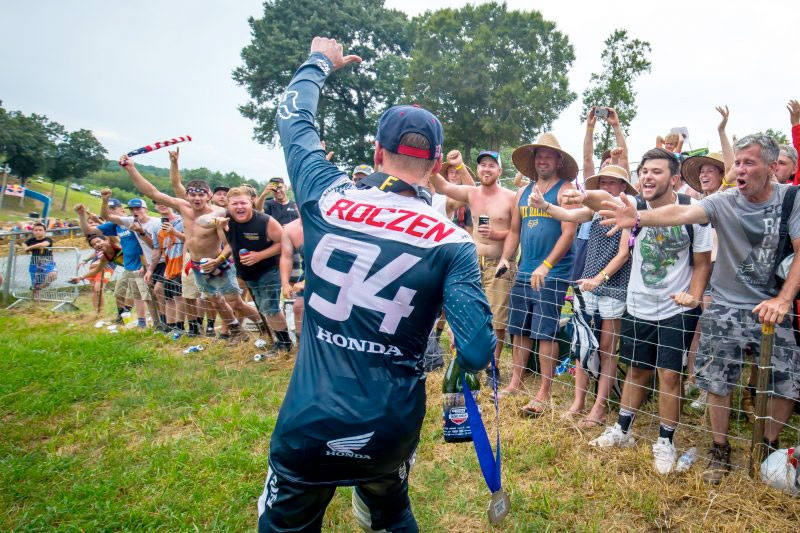