Roczen Returns to AMA Supercross with a Fourth in Anaheim 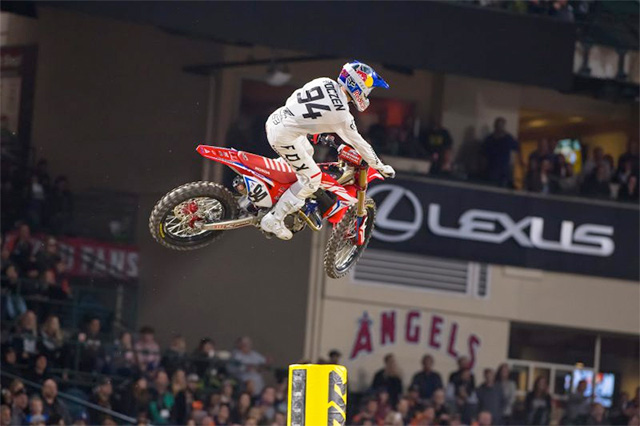 The first round of AMA Supercross, at Angel Stadium of Anaheim, was an exciting one for Team Honda HRC as it saw the return of Ken Roczen, who scored an impressive fourth-place finish after being sidelined for nearly a year.

After daytime qualifying, Roczen impressed everyone in the second session, laying down a 52.409‰Û 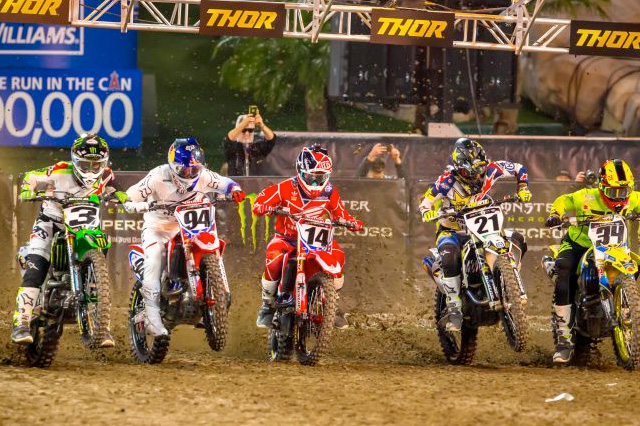 Roczen Returns to AMA Supercross with a Fourth in Anaheim. Credit: HRC
‰ÛÏEarlier, I said if I win, get third, or fifth, it doesn‰Ûªt matter and I‰Ûªll be happy, but when I came off the track, it did matter to me," Roczen explained." "I really wanted to win. I was bummed because halfway through, I had the speed and was catching those guys, but I made a mistake where I scrubbed and dragged my boot on the ground and almost crashed.

"I was riding a little tight and tried to shake it off, but towards the end I tried to just keep it smart. I didn‰Ûªt want to do anything stupid because there‰Ûªs a lot of racing left. The more I think about it, fourth place isn‰Ûªt too bad. We could‰Ûªve had a way worse night, and I really think without that mistake I would‰Ûªve been on the podium.

"There were some nerves on the line just due to lack of experience starting with 20 riders. I kind of messed up both times and just dumped the clutch, so I was pretty far back in the main event, which was a little sketchy. I think if I had gotten a better start, my night would‰Ûªve been even better. I‰Ûªm happy to be here and excited to keep racing," 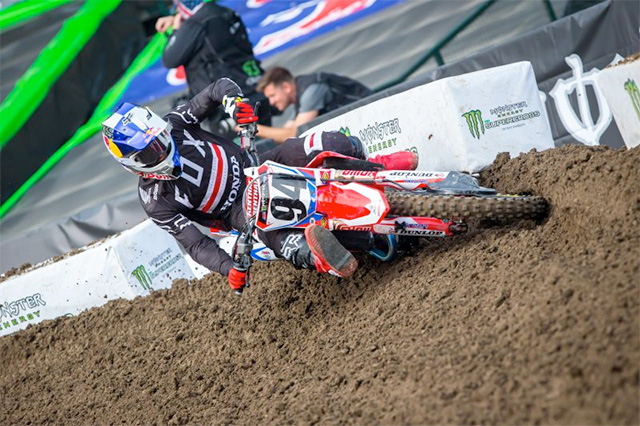 Roczen Returns to AMA Supercross with a Fourth in Anaheim. Credit: HRC
For his return to racing, Roczen requested that Fox make him a butt patch that read ‰ÛÏBleed for This.‰Û 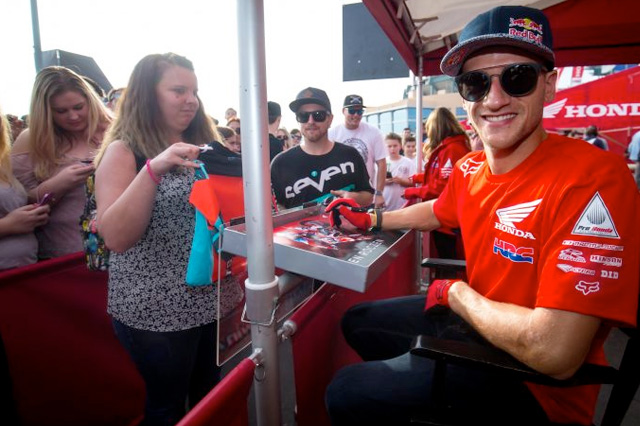 Roczen Returns to AMA Supercross with a Fourth in Anaheim. Credit: HRC