Roczen Ready To Rock Glen Helen After Solid Come Back Ride At Hangtown. 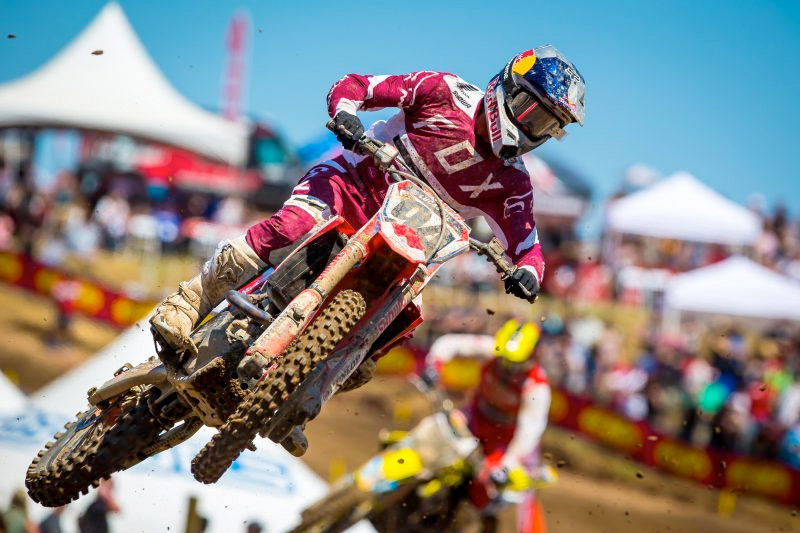 Held in Rancho Cordova, California, the opening round of the AMA Pro Motocross Championship saw Team Honda HRC‰Ûªs Roczen start seventh in the opening moto but quickly moved into fourth. It was a hectic opening lap for Roczen, who worked his way into second before falling back to sixth all in the same lap, the position he would eventurally finish in after moving back and fourth throughout the top six during the moto.

When the gate dropped for moto two, Roczen launched to a fourth-place start and by lap two, the German had moved into third, but he quickly came under fire from the competition. As the 30-minute-plus-two-lap race progressed, Roczen struggled to maintain his speed while fighting through soreness and fatigue in his right hand, ultimately finishing 16th.

‰ÛÏI‰Ûªm just excited to be back at the races with my team in general, but really looking forward to getting back to motocross,‰Û