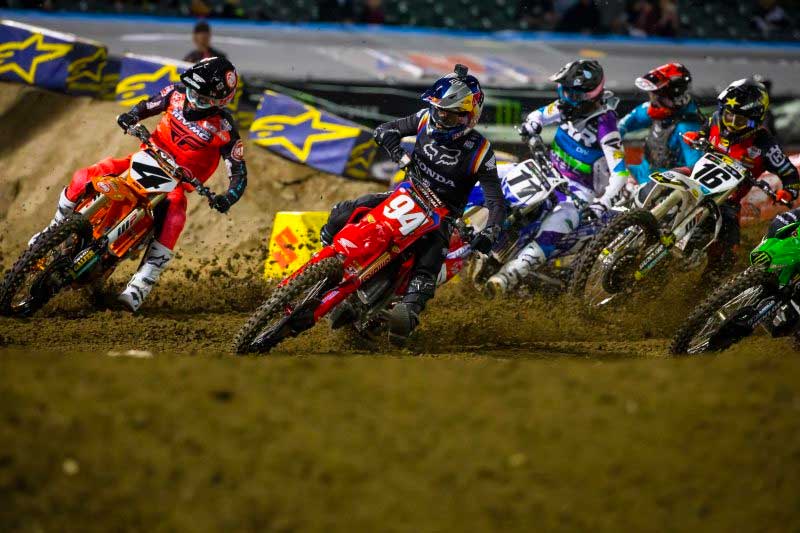 Ken Roczen
Following a dominant performance last week, Ken Roczen was confident and poised to deliver another strong result at round five of the AMA Supercross series in Oakland, California.

Although the Team Honda HRC rider he did manage a creditable third-place result, he and his team left with mixed emotions.

When the gate dropped on the main event, Roczen continued his streak of strong starts, driving his CRF450R to another holeshot and early lead. The German rode smoothly up front for the first half of the 20-minute-plus-one-lap race but came under fire from Eli Tomac and relinquished the lead on lap 11. Roczen stayed close behind, which paid off when Tomac made a mistake on lap 15 and Roczen regained the lead, but late mistakes cost Roczen the lead to Tomac and then then runner-up position to Cooper Webb in the last turn.

‰ÛÏOverall I‰Ûªm happy to be on the podium. I‰Ûªve felt pretty good in previous weeks and today was different," Roczen said. "I just felt a little slow in practice honestly, and wasn‰Ûªt really vibing too well with the track. It took me a little longer than normal to get comfortable and get everything down.


"With that being the case, I‰Ûªm happy to have finished on the podium because it could‰Ûªve been worse. I‰Ûªm definitely bummed I gave up some valuable points, but to still come away with the points lead is good. It was great to lead more laps, but I wasn‰Ûªt the fastest tonight and made some big mistakes, especially toward the end, which were costly. It allowed Cooper [Webb] to close in; when you‰Ûªre behind someone like he was, you can kind of pick your lines and set something up for a pass, which is what he did.

"Obviously, I‰Ûªm not too happy about that but it‰Ûªs racing. I don‰Ûªt know what happened in the pass but somehow my foot got smashed or hung up and it was a stinger, but I‰Ûªm not too worried about it. We‰Ûªll keep an eye on it and if I need to, we‰Ûªll get an X-ray to make sure everything is good. I‰Ûªm looking at the big picture and we‰Ûªve been on the podium a bunch and are still in a good position overall.‰Û 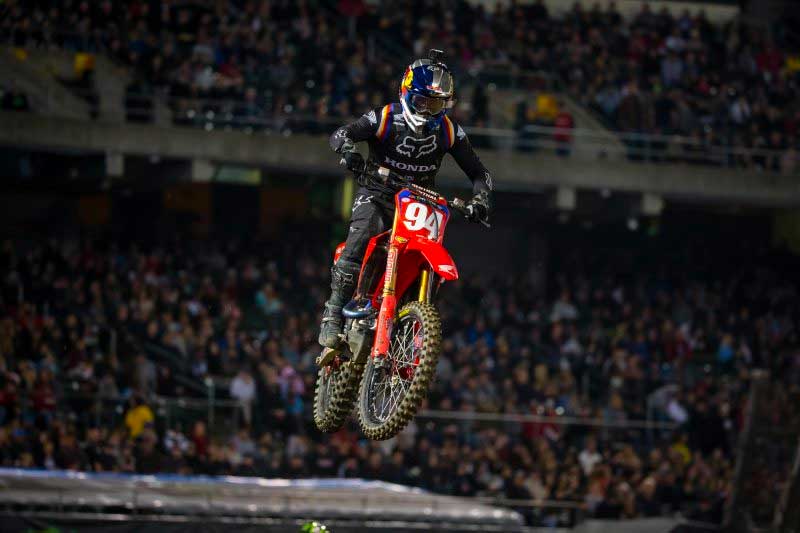