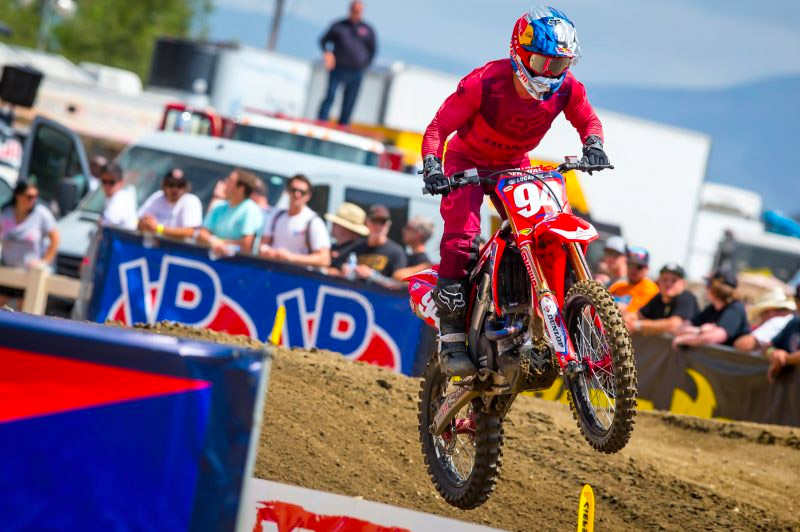 The first moto started with Roczen launching his CRF450R to a second-place start and swiftly taking over the lead. With a clear track ahead, the German quickly opened a gap on the pack. He rode cool, calm and collected up front until the closing laps. As the track deteriorated, Roczen made several mistakes, allowing Marvin Musquin and Eli Tomac to close in. A heated three-way battle ensued for the front position, with Roczen ultimately relinquishing the lead to Tomac. He was able to fend off Musquin‰Ûªs continued advances to take the checkered flag in second. Seely got off to a disappointing start, completing the first lap in 15th. He went down on the second lap, falling outside the top 20. He remounted quickly and went into salvage mode, working his way forward to cross the finish line in 11th.

In the second moto, Roczen managed a fourth-place start but lost positions on the hectic first lap, sitting sixth at the green flag. He started to find his groove on the tricky circuit, making passes and continuing his charge forward to take over third on lap six. Through the final five minutes of the race, Roczen was forced to play defense, fielding multiple attacks but hanging tough to finish third. Seely once again got off to a poor start, sitting 16th after the completion of the first lap. He put together an impressive charge, working his way into eighth by the end of the 30-minute-plus-two-lap race. 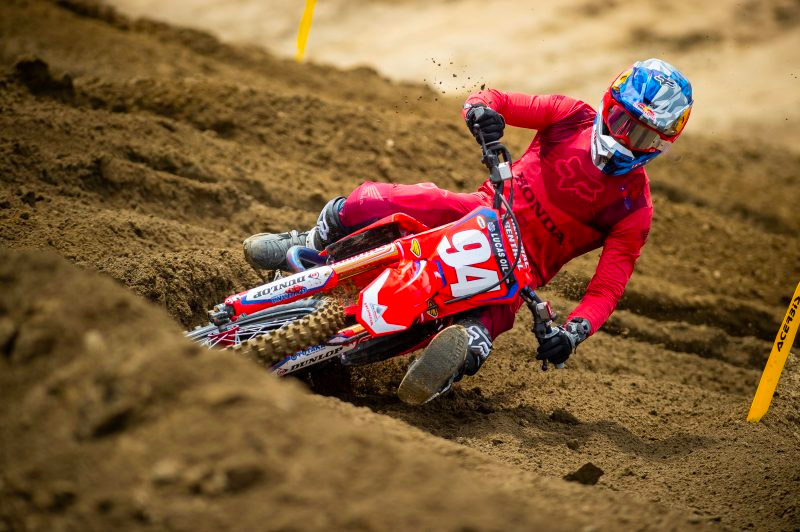 After winning the opening round Roczen went 2-3 at round two.
‰ÛÏI‰Ûªm pretty happy with today," Roczen said. "Obviously, we want to win but we also have a championship mentality and are in this for the long run, so I‰Ûªm totally fine with third place.

"This was my first national here at Fox Raceway and it was a tough day. The track was gnarly so you really had to be smart. I didn‰Ûªt feel the greatest so to still come out with a podium is good. I got a good start and led for most the first moto, but unfortunately I made a couple big mistakes, where I almost slid out and crashed. That allowed Eli [Tomac] to close in and get by me. I grabbed another good start in the second moto and just tried to do the best I could. I managed to get around some guys and into third, but toward the end I really had to fight to hold the position because Zach [Osborne] was right on me. I‰Ûªm happy with how I pushed to the end. We‰Ûªve got a lot of racing left so I‰Ûªm looking forward to next week.‰Û 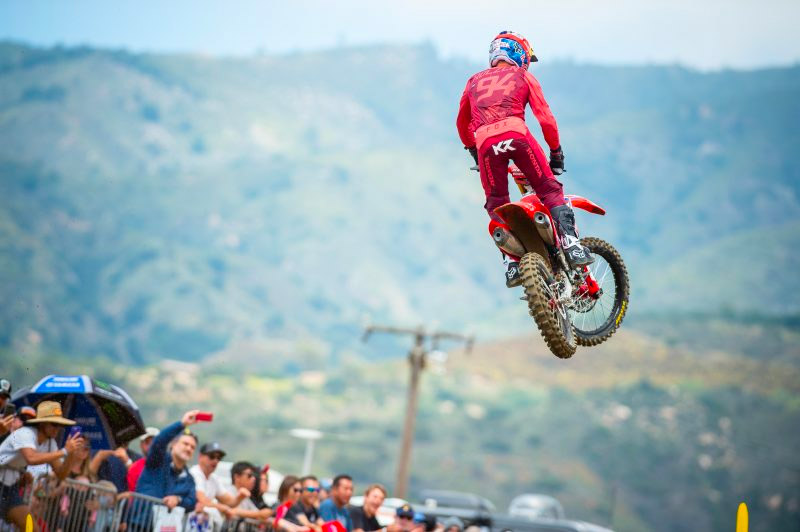