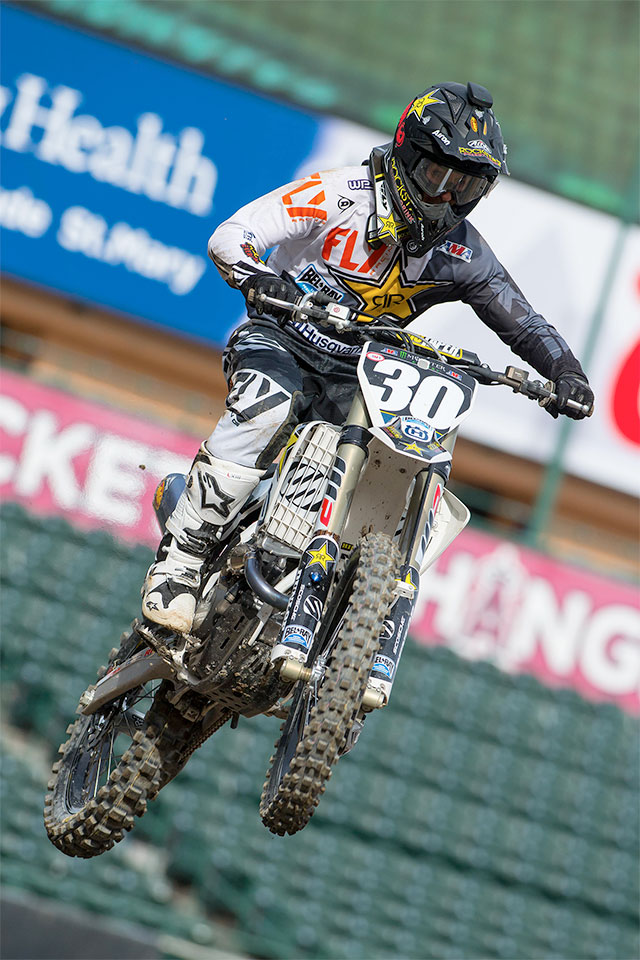 Rockstar Energy Husqvarna Factory Racing‰Ûªs Martin Davalos, Jason Anderson and Christophe Pourcel made their way to Angel Stadium in Anaheim, California on Saturday as the 2017 AMA Supercross season kicked off at the historic Anaheim 1 race.

Martin Davalos started his season on a high note by claiming victory in the first heat race of the season, earning him a coveted position in the 250SX West main. He was in the top three at the start of the main, stayed consistent, and kept his Husqvarna FC 250 in podium position the remainder of the race before finishing third. 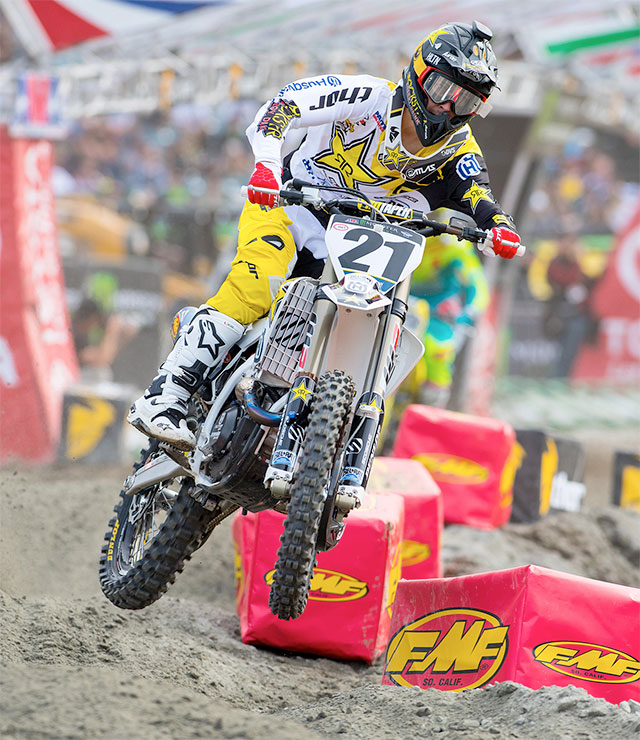 Jason Anderson started the 2017 season strong by finishing fourth at A1. (Photo: Simon Cudby)
Jason Anderson qualified fourth during the 450 class timed practice earlier in the day. After pulling a top-five start during his heat, he quickly started hunting down the top three. Although he remained close to a podium spot the remainder of the race, he eventually finished fourth, which transferred him directly to the main. He rode an almost flawless race in the main by making an impressive charge from a mid-pack start to finish fourth. He nailed perfect passes and line choices and was on charge toward the front the entire race. 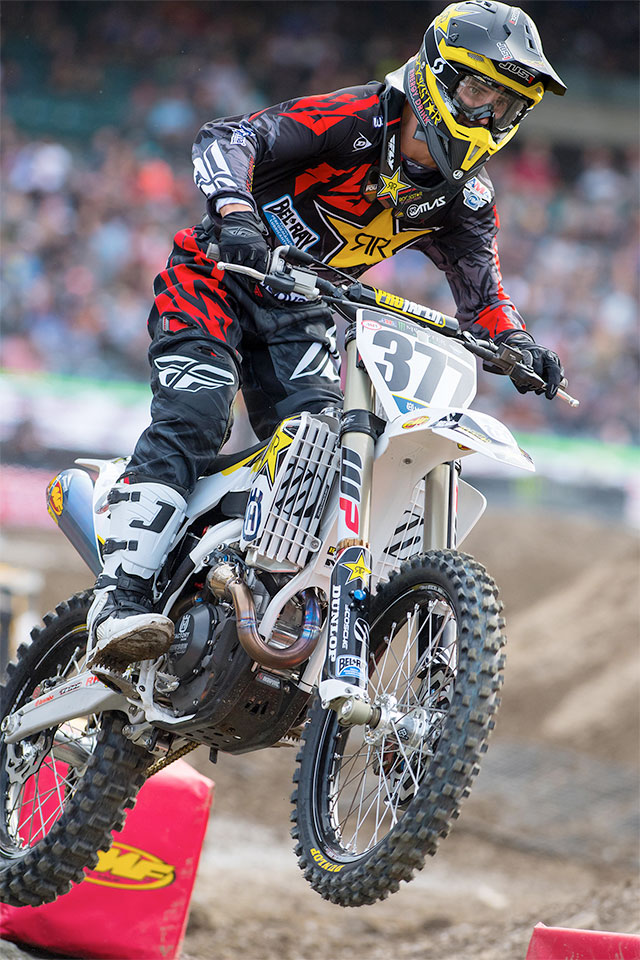 Frenchman Christophe Pourcel faced a series of unfortunate events that precluded him from participating in the 450 main. (Photo: Simon Cudby)