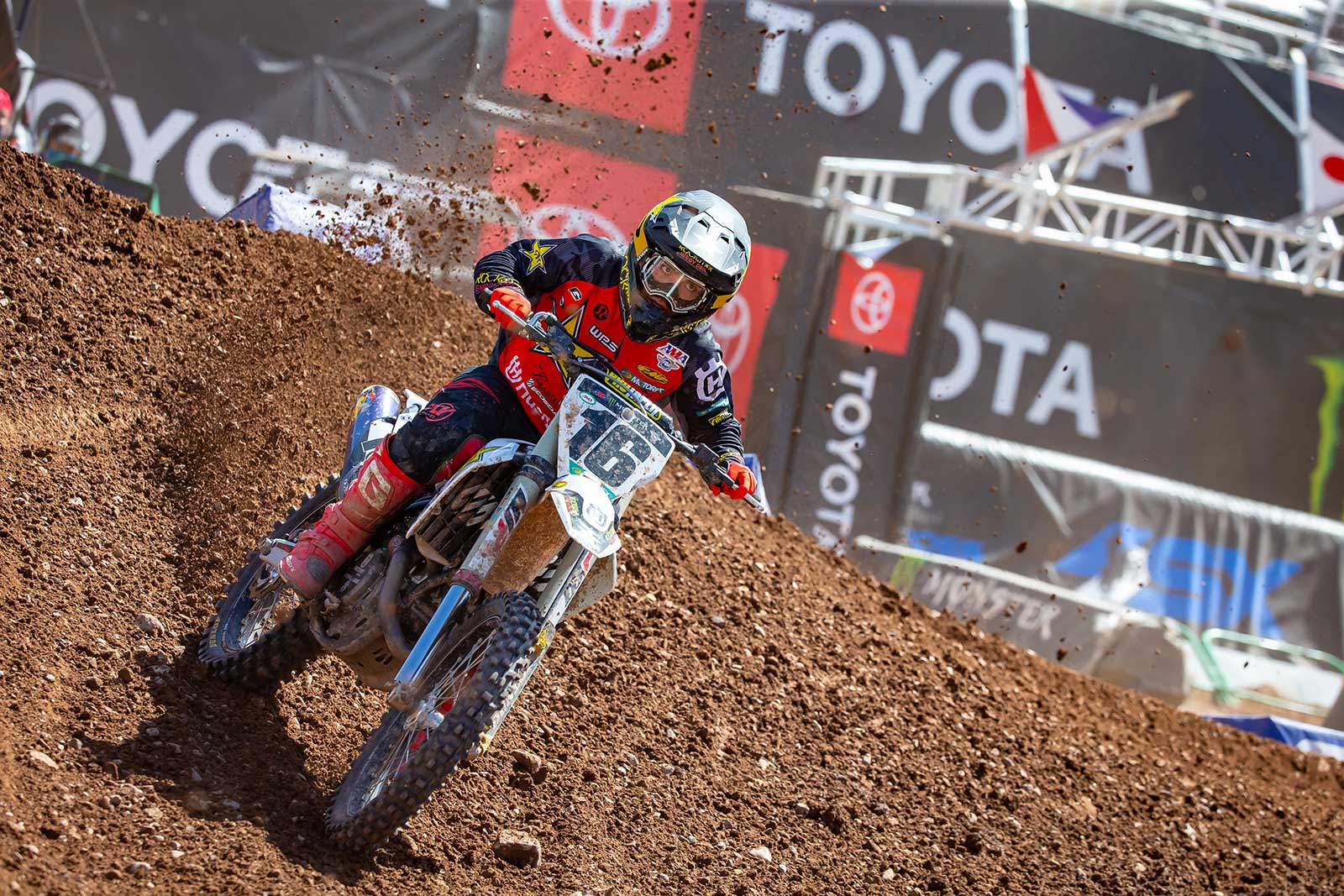 Qualifying seventh earlier in the day, Anderson lined up in 450SX Heat 2 where he began just outside the top-10. He diligently worked his way through the field to secure a fourth-place transfer position. In the Main Event, Anderson didn‰Ûªt get off to the best start as he rounded the opening lap in 13th. He put his head down and charged early on to bring himself inside the top-five by the halfway point. He continued to push in the final laps to ultimately secure a fourth-place finish in the first race back. 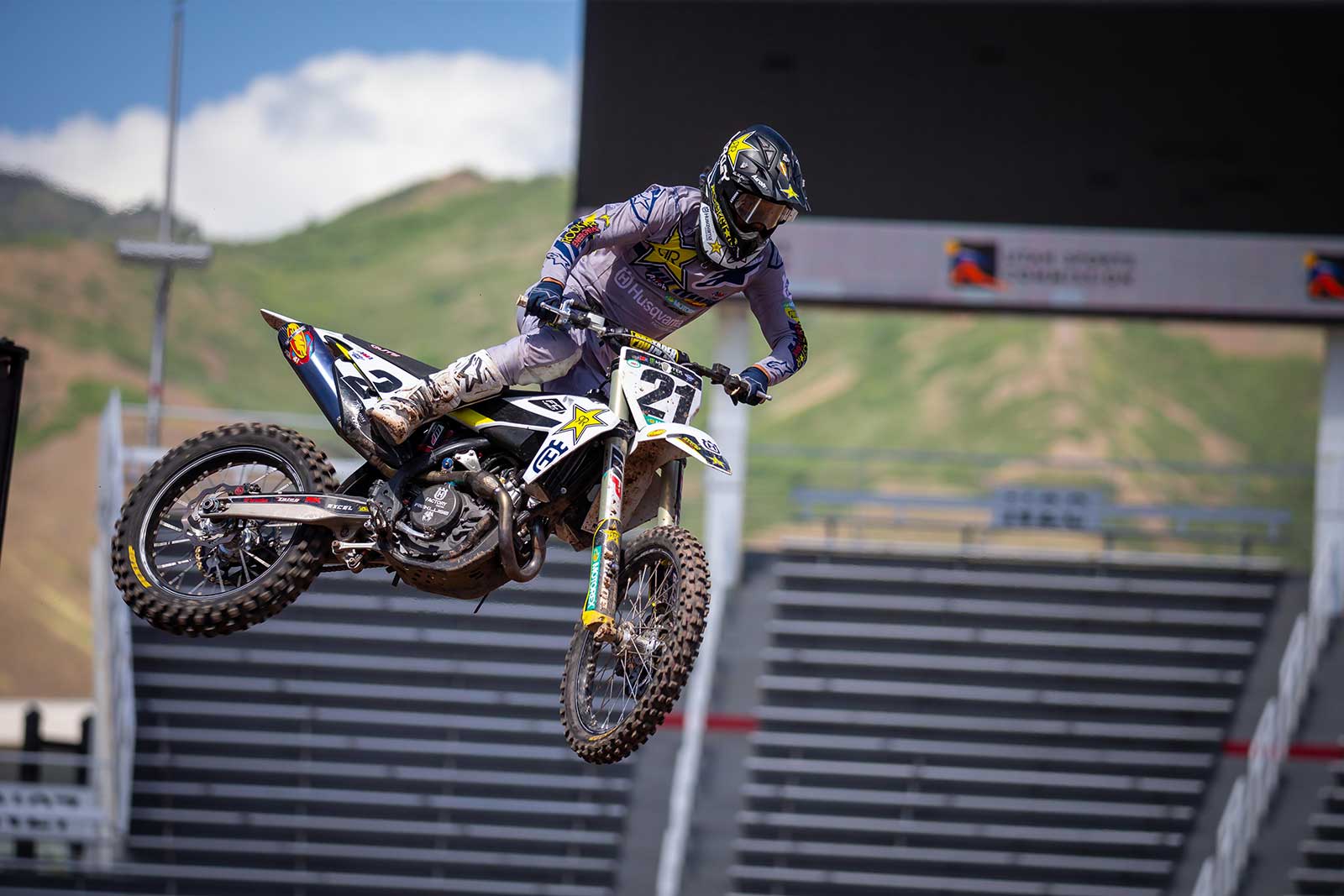 Jason Anderson. Photo: Align Media
Dean Wilson had a great start to the weekend, where he qualified fastest in the first timed session and secured fifth overall in combined qualifying times. He grabbed a fourth-place start in 450SX Heat 2 and battled for a top-five position throughout the 10-lap race, ultimately finishing sixth. In the Main, Wilson began in 14th and worked his way up to 10th by lap 12. From there, he maintained a solid pace to secure a 10th place finish in the Main Event.

‰ÛÏI‰Ûªm not super pumped with how the day went but definitely taking a few positives from it including pole position in the first qualifier,‰Û 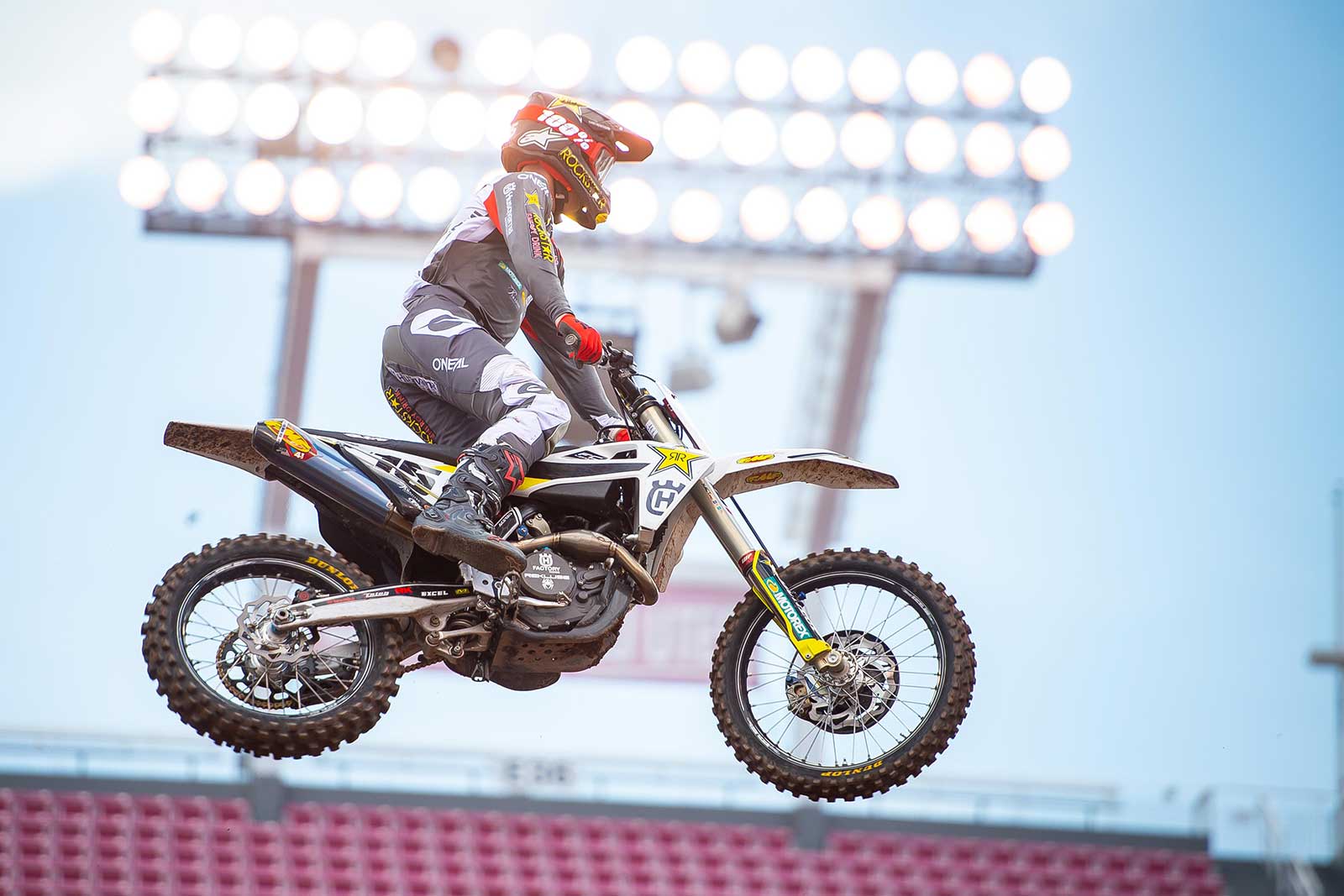