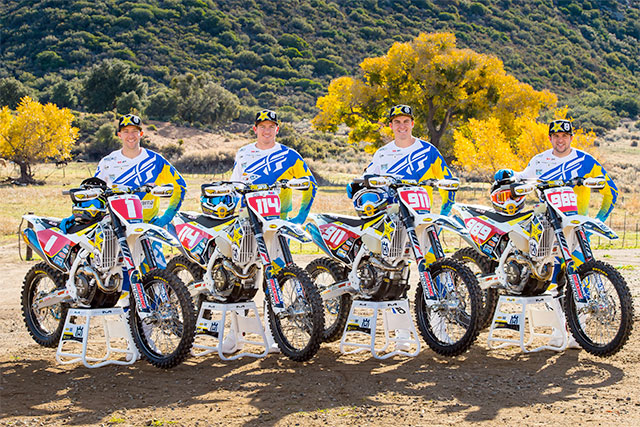 Competing alongside each other in the Grand National Cross Country and National Enduro Series are Australian Josh Strang and Thaddeus Duvall. Duvall joins the team after claiming a historical ISDE World Trophy Team win for the USA last year, as well as being crowned 2016 Full Gas Sprint Enduro Champion. He brings skill, knowledge, and character to an already successful team. Josh Strang will continue his run for GNCC gold after placing as championship runner-up at the end of the 2016 season.

Representing the Rockstar Energy Husqvarna Factory Racing team in the west coast desert series is Jacob Argubright. Argubright is heading into 2017 having finished second overall in the AMA National Hare and Hound series. 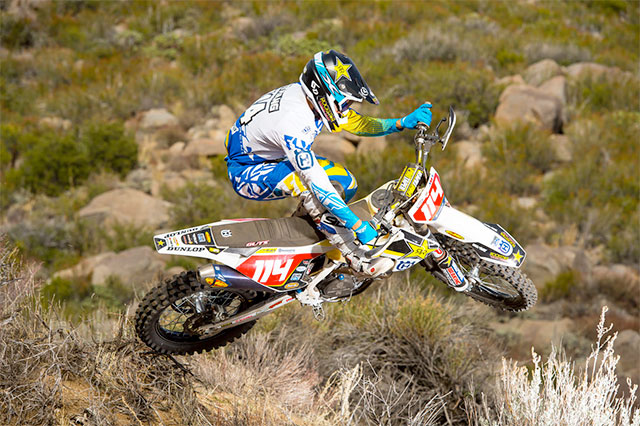 Aussie Josh Strang will be making another solid attack in the US after being named in the 2017 Rockstar Energy Husqvarna Factory Racing team. Photo: Simon Cudby