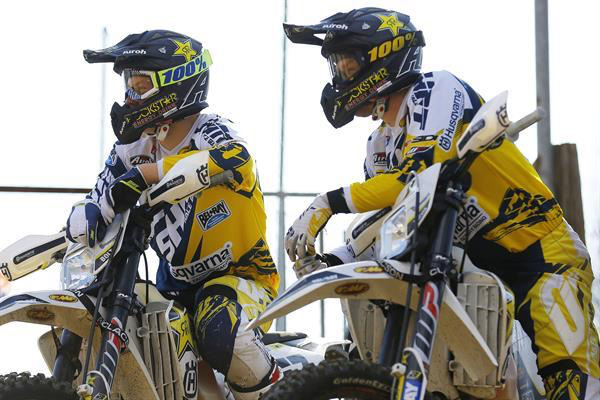 Looking to secure back-to-back wins at Erzberg having dominated the Hare Scramble in 2016 to win by some 33 minutes, Graham will again be going all out for victory. Delivering one of the all-time most dominant wins 12 months ago, Jarvis, who recently won the Minas Rider Hard Enduro Rally in Brazil, carries some of the best form of his long and distinguished career into ErzbergRodeo 2017.

‰ÛÏErzberg‰Ûªs easily the single most important hard enduro of the year so to return to Austria and the Iron Giant with the #1 plate on my TE 300 is a real honour. Last year‰Ûªs race went almost perfect for me. It‰Ûªs rare in a race like the Hare Scramble for that to happen. My start was decent, about top ten and then I stayed out of trouble, building on things from there. In a way that will be the same game plan again for this weekend.

"I‰Ûªm not a fan of the early high-speed sections of the course but I know staying out of trouble there is key to keeping in touch with the leaders. I know once it gets tougher I can step things up and like always we‰Ûªll be in for a hard race. I‰Ûªd love to secure a back-to-back win but the competition will be tough this year.

"Overall things have gone well so far this year, I won the majority of my preseason races and then won Minas Riders in Brazil. I‰Ûªm riding as good as I‰Ûªve ever done and feel ready for the fight this weekend.‰Û