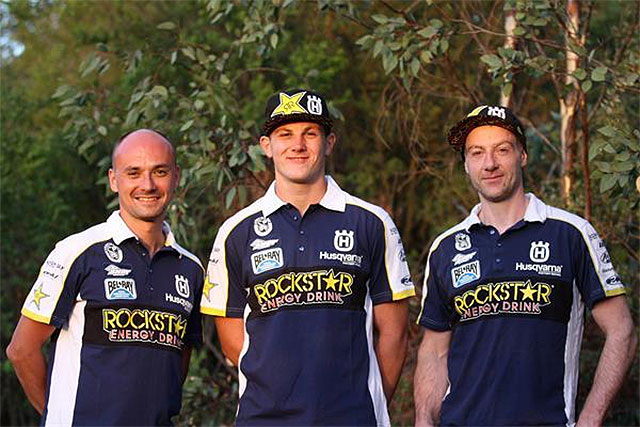 Enjoying a stellar season that saw him top the overall podium at Erzberg, Romaniacs, Ukupacha, GetzenRodeo and recently at the Roof of Africa, Jarvis has his sights set on keeping his winning momentum going in 2017. The highly experienced racer will lead the team into what‰Ûªs promising to be another thrilling season of extreme enduro competition.

‰ÛÏ2016 has been a great season and I‰Ûªm already looking forward to the next one," Jarvis said. "My focus for 2017 will remain on the big extreme enduro events, while I‰Ûªll be trying to squeeze in as many other races as possible. I‰Ûªm also happy to have Billy as my new teammate. We‰Ûªve started practising together and I think that‰Ûªs helped us both. He‰Ûªs a young and extremely talented kid that‰Ûªs full of energy. I think he has a lot to give to our team.‰Û