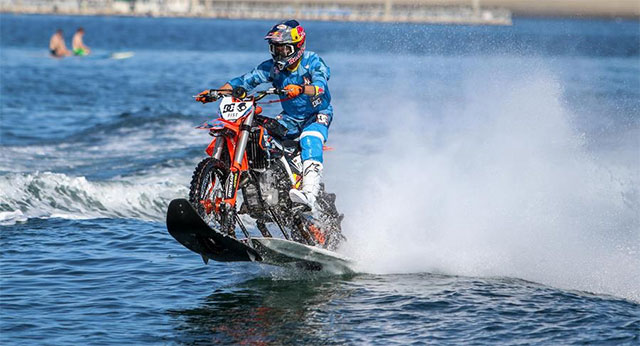 Maddison not only holds the world record for the longest distance ever jumped on a motorcycle at 107m (351 feet), but has revolutionised the sport of Freestyle Motocross, thrusting it into the mainstream with some of the most incredible motorcycle stunts known to man.

Most recently, he became the first person ever to ride a specially modified motorcycle across water, to ‰Û÷surf‰Ûª one of the world‰Ûªs most infamous waves, Teaupoo in Tahiti.

From nearby Kiama NSW, the AUS-X Open will be Maddison‰Ûªs only competitive appearance down under for 2017. Injuries and international commitments have prevented him from competing at the AUS-X Open in previous years.

‰ÛÏI‰Ûªm stoked to finally be able to compete at the AUS-X Open event this year. I was able to be there to enjoy it in 2015 as a spectator and it was an amazing spectacle without a doubt,‰Û 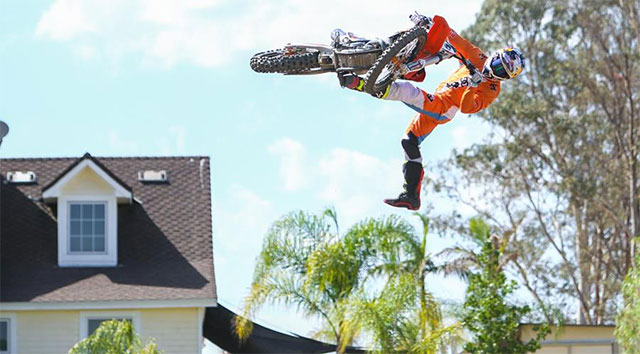 World renowned stuntman and Aussie icon Robbie Maddison enters the AUS-X Open in 2017. Photo credit: @defyfocusphotography -
The AUS-X Open is the largest and most prestigious event of its kind, combining Supercross racing and an international FMX ‰Û÷Best Trick‰Ûª competition with amazing entertainment.

It is an enormous coup for the event and the thousands of fans that make the pilgrimage from all over Australia, and the world, for Maddison to compete this year.

‰ÛÏWe couldn‰Ûªt be any more excited to have Robbie competing at this year‰Ûªs AUS-X Open Sydney event. What he has achieved on the world stage and the stunts he has performed over the past decade, are nothing short of legendary.‰Û 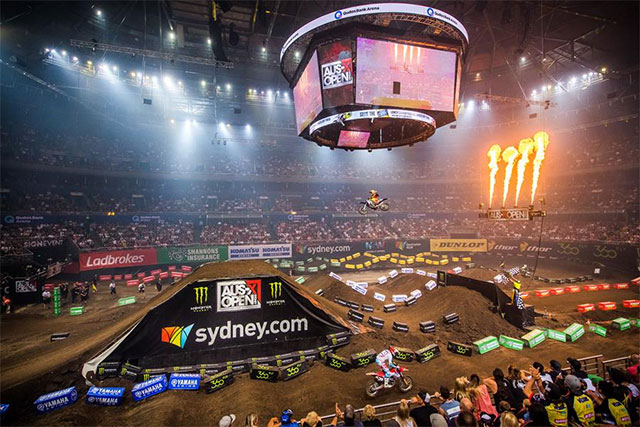 High flying action at the AUS-X Open in 2016 at the Qudos Bank Arena in Sydney. Photo credit: AUS-X