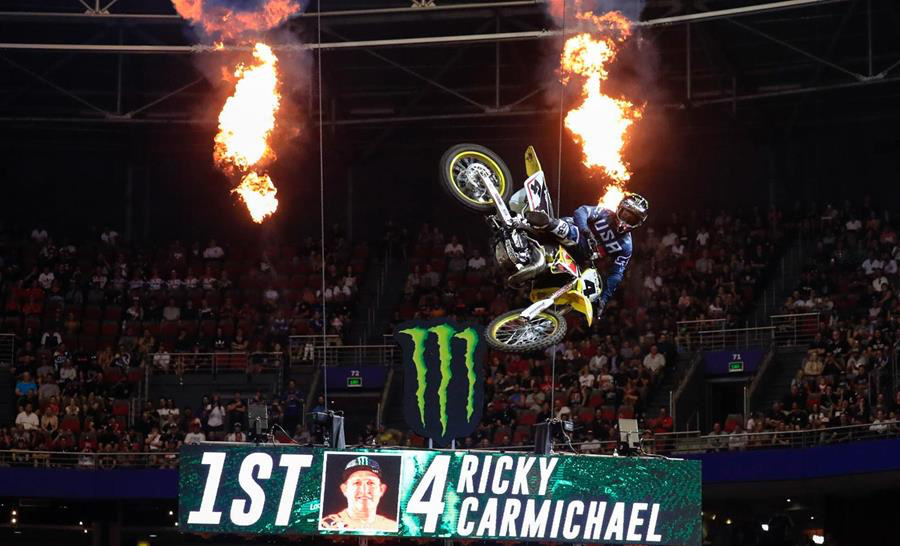 One of the greatest dirt bike racer of all time - Ricky Carmichael is the latest high profile signing to the all-star Monster Energy AUS-X Open Melbourne line up for 2019, heading to Melbourne‰Ûªs Marvel Stadium this November 30.

Carmichael, the man affectionately known as ‰Û÷the GOAT‰Ûª (Greatest of All Time) who won an astonishing 12 Championships in the premier 450cc Class across his hall-of-fame career, will return to Australia for the first time since 2017 and make his first-ever trip to race in Melbourne.

After having a blast down under in 2015 and again in '17, Carmichael is amped to be returning to the AUS-X Open, citing the unparalleled atmosphere the event creates as the main pillar to his return.

‰ÛÏI‰Ûªm so pumped to return down under for the AUS-X Open in 2019, and this time to Melbourne‰Ûªs Marvel Stadium, somewhere I‰Ûªve always wanted to ride at,‰Û 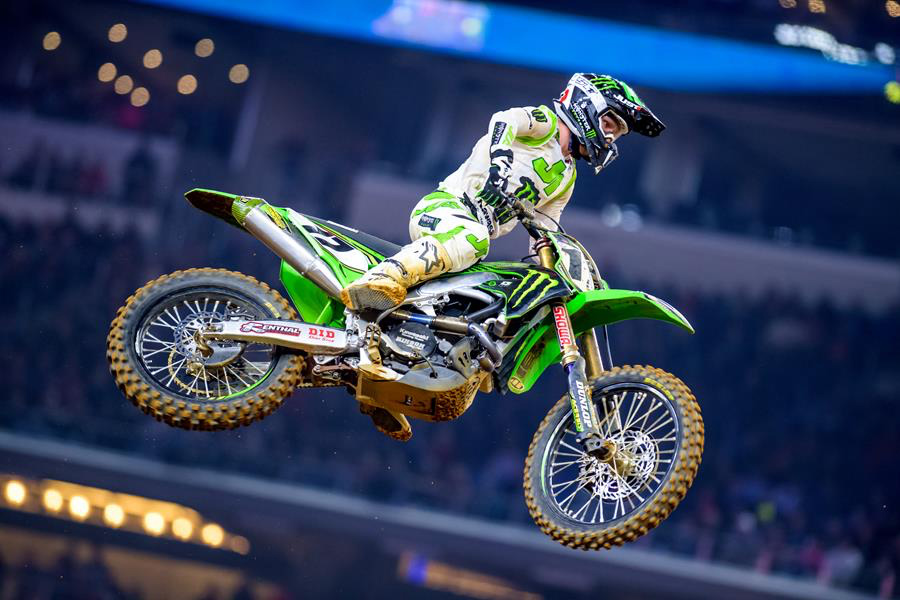 it‰Ûªs expected that the 2019 AUS-X Open will blow the previous years out of the water, with Carmichael, Reed, Brayton, Savatgy (pictured) and many more to be announced
The feature event saw Carmichael and Mac go bar-to-bar in a two-stroke showdown of epic proportions with plenty of pre-race banter, off-track antics and elbow banging racing, which saw Carmichael take out the inaugural race.

With a host of world class Supercross superstars announced over the past week, it‰Ûªs expected that the 2019 AUS-X Open will blow the previous years out of the water, with Carmichael, Reed, Brayton, Savatgy and many more to be announced ‰ÛÒ along with Australia‰Ûªs best ‰ÛÒ set to create the most unpredictable, incredible Supercross action the country has ever witnessed.

The largest international Supercross and action sports event in the world outside of the USA, the Monster Energy AUS-X Open Melbourne will feature the world‰Ûªs best riders going head-to-head on a full-sized World Championship style Supercross track for the first time ever inside Marvel Stadium.

It will also be an engineering feat, arguably unmatched by any Supercross event in the world, as supports imported and constructed in the lower level carpark, prepare to handle the immense pressure of up to 6,000 tonnes of dirt, machinery and infrastructure, all positioned within Australia‰Ûªs largest indoor stadium.

Featuring live music and entertainment, stunning pyrotechnics and the world‰Ûªs best freestyle motocross riders battling to win the best-trick and best-whip competitions; the Monster Energy AUS-X Open Melbourne is an incredible entertainment spectacle for all ages.

Tickets are on sale now via Ticketmaster.com.au