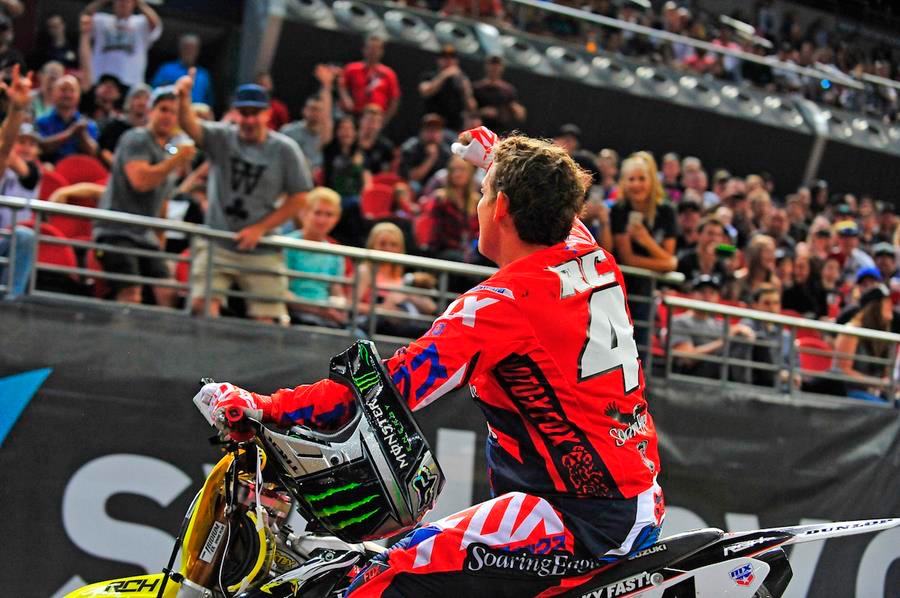 The greatest dirt bike racer of all time ‰ÛÒ Ricky Carmichael, has been the latest high profile signing to the all-star AUS-X Open Sydney line up for 2017, with the man affectionately known as ‰Û÷the GOAT‰Ûª set to join Australian icon ‰ÛÒ Chad Reed, and current world number four ‰ÛÒ Jason Anderson, inside the famed Qudos Bank Arena this November 11 & 12.

Carmichael, who won an astonishing 12 Championships in the premier 450cc Class across his hall-of-fame career, will return to Australia for the first time since 2015, where he was the undisputed crowd favourite at the inaugural AUS-X Open event.

With the flurry of high profile supercross superstars announced over the past week, it‰Ûªs expected that the 2017 AUS-X Open will blow the previous years out of the water, with Reed, Anderson, Carmichael & many more ‰ÛÒ along with Australia‰Ûªs best ‰ÛÒ set to create the most unpredictable, incredible supercross action the country has ever witnessed.

After having a blast down under in 2015, Carmichael is amped to be returning to the AUS-X Open, citing that the unparalleled atmosphere the event has as a main pillar for his return.

‰ÛÏI‰Ûªm beyond excited to return down under for the AUS-X Open in 2017!‰Û