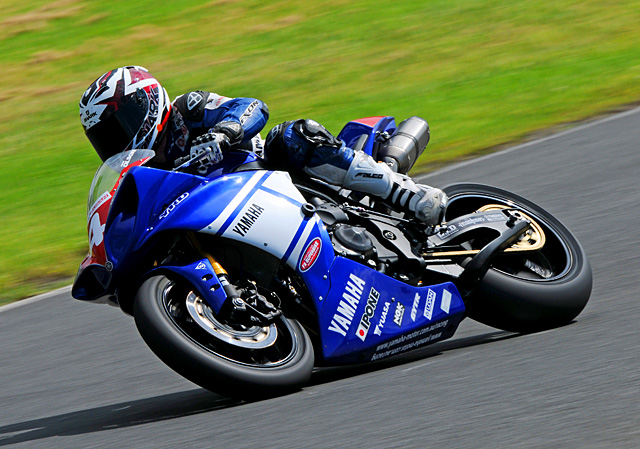 The Yamaha Racing with Ipone team featuring Kevin Curtain and Rick Olson started off their 2012 racing campaigns in impressive fashion, each taking a class win at the opening round of the of Australian FX Superbike Championship at Eastern Creek over the weekend.

Strong fields and good numbers lined the starting grids for all classes, with Curtain contesting both the FX 600cc as well as the premier FX ‰ÛÒ Superbike classes, while Olson fronted up on his Yamaha R1 for the FX Superbike class also.

Curtain produced a polished performance taking a hard fought win in the FX600cc class with 1-2-1 results in the three races conducted. Curtain enjoyed a spirited battled with Yamaha stable-mate Mike Jones and the pair traded wins in the opening races and it came down to a thrilling final leg to separate them.

Curtain jumped to an early but slender lead over Jones. Jones watched Curtain, picked up some lines and managed to squeeze by just past the half way point. But Curtain wasn't done with yet and on the final lap put another pass on Jones and then hung on for the win and the overall for the round. 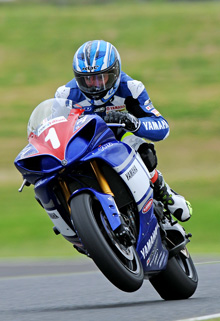 Photo: Kevin Curtain took home first in the FX-600cc Class - Photo Credit: Keith Muir
The FX Superbike class was just as close with three riders going for it in the opening leg. Glenn Allerton, Curtain and Olson all traded paint but finished in that same order. Race two was shaping up the same before drama unfolded. Allerton fell in race two and was unable to finish which left Curtain with his hands full trying to fend off Olson. Olson moved into the lead with just over a lap to run and managed to hold on for the narrowest of wins.

It was all hands on deck in the final race as the top five competitors duked it out and in the finish 1.3 seconds separated first through to fifth. Olson took a second in the final leg and his 3-1-2 results were good enough for the round victory. Curtain was second due to his 2-2-3 finishes and made it a Yamaha 1-2 atop of the podium for the second time at the round.

John Redding was a relieved team director at the completion of racing after watching his riders' race within millimeters of one another at speeds well over 250kilometrs per hour.

"There was some great racing out there today and a lot of it involved our guys. It's a great sight to see both team riders at the front of the pack and battling for the lead but also quite stressful as if something goes wrong, then both of them could come down."

"Fortunately, that wasn't the case today and both Rick and Kevin raced hard and fair. Both deserved their success today as did the entire YRT crew for the long hours spent during the off season preparing bikes."

Round two of the championship takes place at Wakefield Park on April 21-22.

Main Photo: Rick Olsen on his was to the FX-Superbike win
Photo Credit: Keith Muir