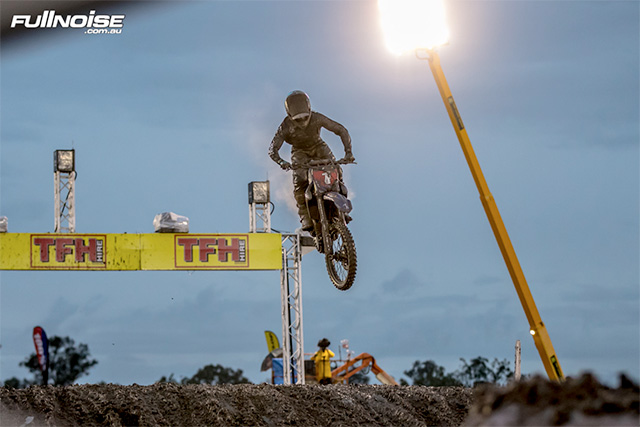 Serco Yamaha‰Ûªs Jackson Richardson has made it back to back Australian Supercross Championship victories after claiming the 2017 SX2 championship at the sixth and final round at a rain-soaked Jimboomba-X Stadium on Saturday Night.

In near un-rideable conditions following a day of consistent rain, Richardson took the championship win after guiding his YZ250F to a safe fourth place at the final round on a track that was wet, slippery and difficult to just circulate.

Richardson entered the final round with a five point lead in the championship over rival Wilson Todd but the wet conditions threw the status quo way off axis and it was literally a roll of the dice to determine a winner. Todd had shown more speed the Richardson through out qualifying and the heats, but Richardson is an experienced campaigner who knows how to put a championship together and when the gate dropped in the winner take all final, it was Richardson‰Ûªs experience that would see him through.

The opening laps of the final were a mad scramble for track position and more importantly, vision. Richardson didn‰Ûªt get a great start but stayed calmed as he worked his way forward in the early stages. Meanwhile, Todd was near the front but banging bars with those around him and before two laps were complete, Todd fell in the sloppy conditions and struggled to get back on the bike and going again.

This allowed Richardson plenty of breathing room as far as the championship points were concerned but he still had to circulate at a good speed for the next eight laps and keep his machine out of the mud and standing water that was waiting at every turn.

Knowing that he didn‰Ûªt need to improve his result to secure the championship, Richardson steered well clear of any trouble and rode his way to a well-constructed fourth place finish and with it, clinched the 2017 Australian SX2 (250cc) championship, making it back to back championships for both Richardson and his Serco Yamaha team. 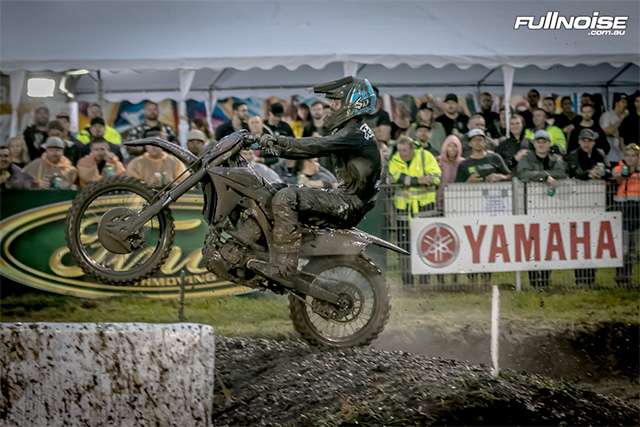 Jackson RIchardson made it 2 titles in a row with 4th place at the final round. Photo: Aaryn Minerds
‰ÛÏIt has just been a crazy day,‰Û 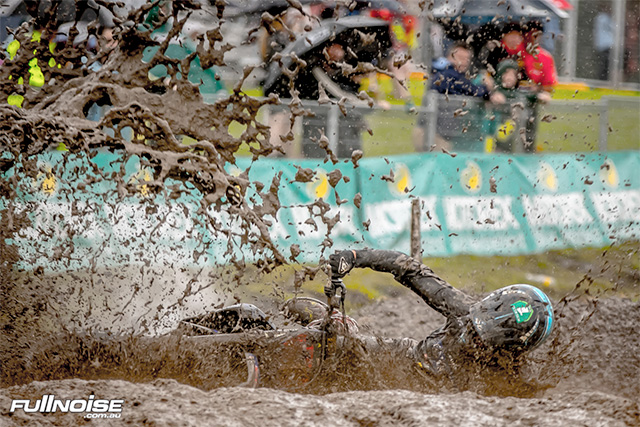 It wasn't an easy night but Jackson Richardson got back up and made it tow SX2 titles in a row. Photo: Aaryn Minerds
Team Manager, Gavin Eales was equally elated with the win and proud of his teams‰Ûª effort in the appalling conditions competitors faced on Saturday Night.

‰ÛÏAlthough that wasn‰Ûªt a close race as far as the points go with Wilson going down, it was one of the most nerve racking races I can recall,‰Û