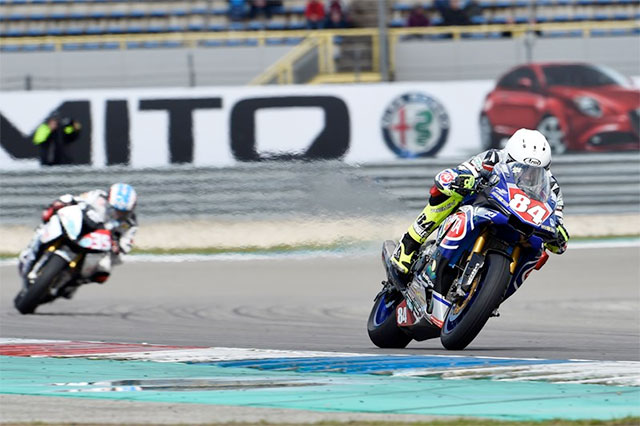 Pata Yamaha Official STK1000 Team rider Riccardo Russo was involved in a high-speed accident at turn 12 on the fifth lap of the FIM Superstock 1000 race at the Assen TT Circuit in the Netherlands last Sunday.

The 23-year-old Italian rider was immediately taken to the circuit's medical centre before being transferred to the local Wilhelmina Ziekenhuis Assen (Assen Hospital) where he underwent surgery to plate fractures of the right tibia and fibula. Russo will remain in Assen for one further day before returning home to convalesce for a period of three months. He is expected to begin rehabilitation after this time.

"My first start for yesterday's race was very fast for the wet conditions and the bike set up was very good but after one lap we had a red flag," Russo explained.

"The second start was again delayed on the sighting lap. For the final start we had a good but not perfect start and I pushed hard in second position. I managed to pass the leading rider and I pushed hard to create a gap at the front.

"I was using intermediate tyres but the other riders around me were either on wets or slicks. For four or five laps the bike was working well, De Rosa passed me but I knew the race was only half finished so I looked to keep my position. In the exit of the fast corner at turn 12 I high-sided resulting in a fractured tibia.

"I am ok, but my championship hopes are finished so I am disappointed both for Yamaha, my team and myself. I have two or three months of recovery ahead of me but I hope to be able to return for Misano and to continue being fast," he concluded.

Russo's Orthopedic Surgeon Bodo Iprenburg, said, "Similar to Florian Marino, Riccardo Russo was diagnosed with a cruris fracture (tibia and fibula fracture) in the lower part of his right leg which required surgery.

"A plate osteosynthese was performed. The repositioning is anatomical and we expect him to make a full recovery, with an approximate rehabilitation time of three months before complete weight bearing can take place. Russo will likely be discharged from the hospital on Tuesday or Wednesday depending on the time necessary for him to be able to be mobilized on crutches."

Main Photo: Riccardo Russo in actiona at Assen before the crash 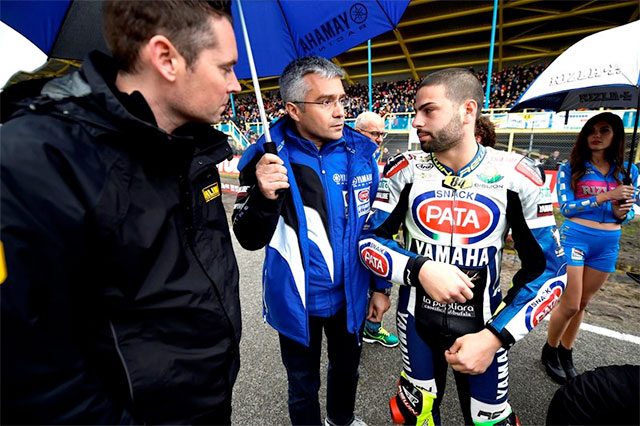 Russo on the wet Assen grid before the race