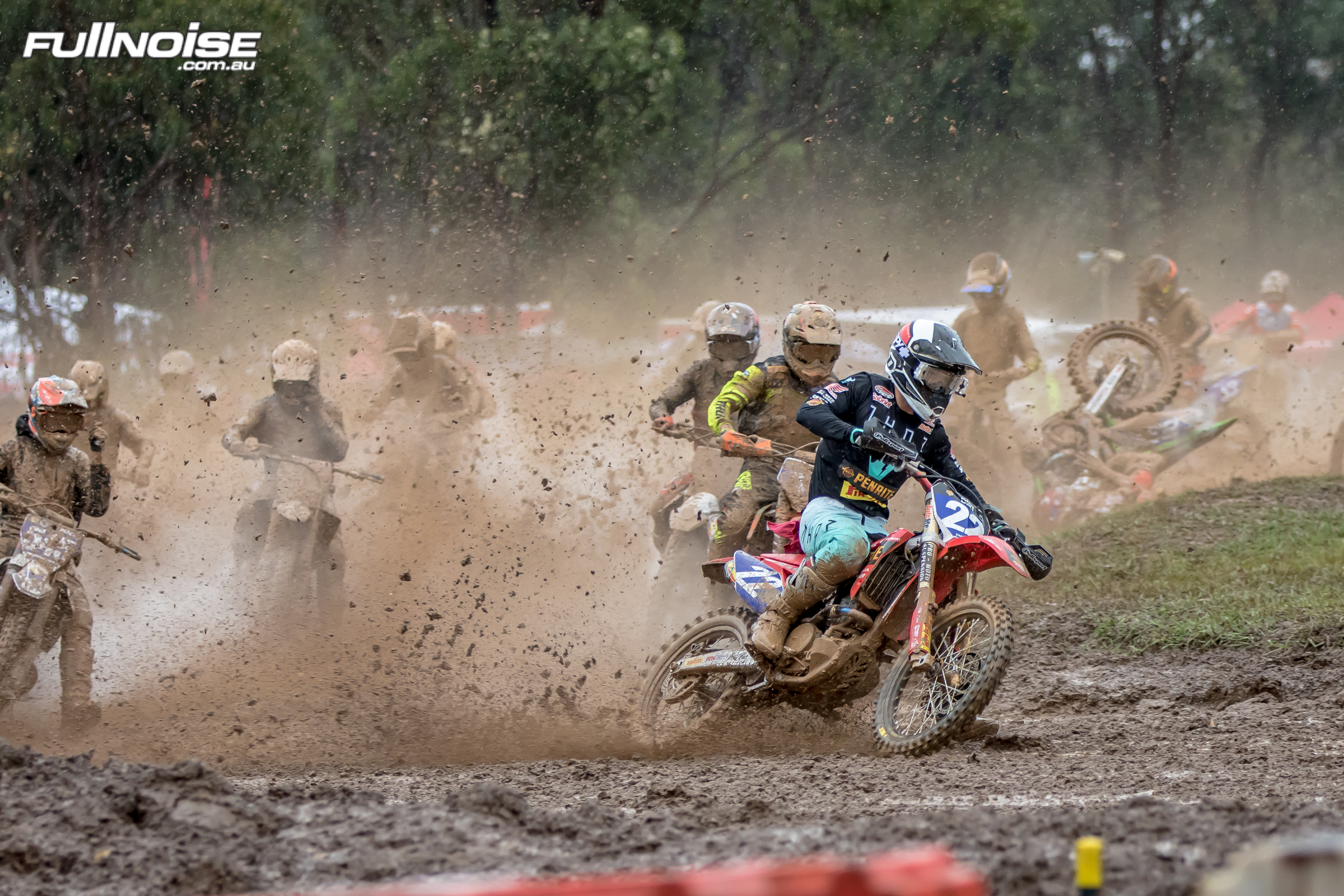 The horror conditions left event officials with no option but to shorten the day‰Ûªs morning motos in the premier MX2, MXD and MX1 classes, before then cancelling all remaining races on the day as the track continued to deteriorate and ultimately become unrideable. Despite the miserable conditions, Budd took the bit between his teeth and showed true grit, using his FMF and Vortex equipped Honda CRF250R to top MXD Qualifying by a healthy three seconds ahead of Reagan Duffy.

Starting the MXD moto from the far inside gate, Budd nailed a boomer holeshot and lead the opening stages of the race, before tumbling in the sloppy conditions and having to regain his fallen machine to hold onto second place.

In the difficult conditions, Kiwi charger Maximus Purvis moved in front to take the MXD win, with Budd eventually claiming a strong runner-up position, ahead of Michael Murphy, who completed the podium.