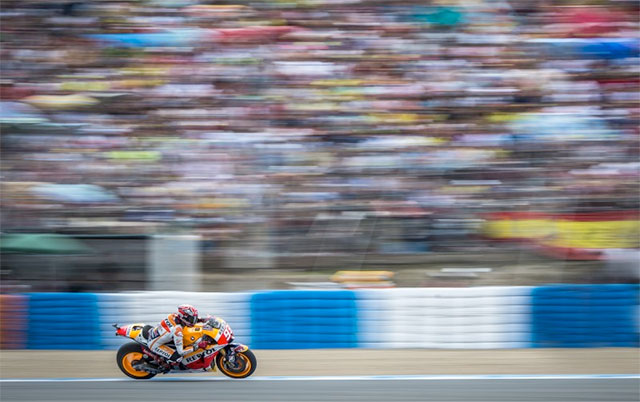 Following a double podium in Argentina and Marc Marquez‰Ûªs success in Texas, the Repsol Honda Team prepare for the first European round of 2016 while leading the Riders, Constructors and Team standings.

The Red Bull Grand Prix of Spain will be held on Sunday at the iconic Jerez Circuit, which first hosted a motorcycle grand prix in 1987, and the Spanish duo of Marc Marquez and Dani Pedrosa will have the opportunity to race in front of their home fans at a track they both love and where they have recorded strong results.

Marquez scored his first Jerez victory in 2014, and he has reached the podium there on four additional occasions‰ÛÓ2009, 2012, 2013 and 2015. Last year‰Ûªs second-place finish was especially remarkable, as Marc raced with an injured hand, having undergone an operation on Saturday of the preceding week to treat a fracture to his left little finger, suffered while training.

‰ÛÏWe‰Ûªre very happy to head to Jerez with a small advantage in the championship standings because I think our rivals are going to be very strong there," Marquez speculated.

"I‰Ûªm also very happy with the work we‰Ûªre carrying out with Honda and my team because we‰Ûªve improved step by step at every race: we found a good base setup in Qatar and we further bettered it slightly in several areas, such as engine braking and electronics, in Argentina and Texas. Anyway, there‰Ûªs still work to do and margin for improvement, especially in acceleration. Besides this, the tracks are different in Europe‰ÛÓnarrower, with a different tarmac‰ÛÓso we have to wait and see how we can manage the situation.

"Of course I love to be back in Spain after three flyaway races. Racing in front of my home crowd and my fan club is always very nice and gives me a special emotion and extra motivation," he concluded 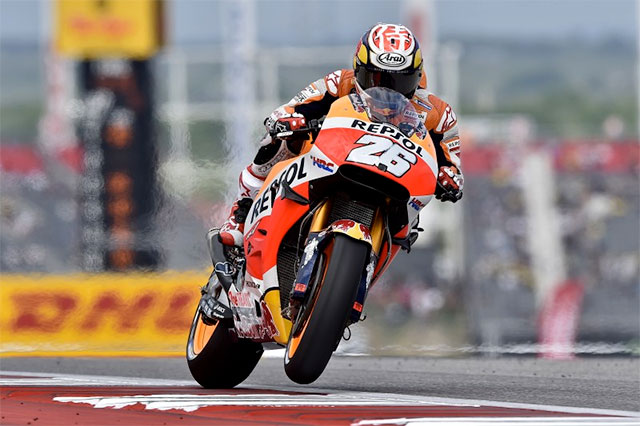 Dani Pedrosa
Dani Pedrosa also had undergone surgery, three weeks before last year‰Ûªs appointment, to treat arm pump and was replaced for the third (and last) consecutive race by Hiroshi Aoyama, who unfortunately crashed out of the Sunday race. Dani‰Ûªs missing the race interrupted his enviable record at the Andalusian track, as he had climbed the podium for ten consecutive years, from 2005 to 2014, earning two MotoGP wins, in 2008 and 2013, and a 250cc victory in 2005.

‰ÛÏI‰Ûªm looking forward to racing in Jerez as it‰Ûªs one of my favourite circuits on the calendar, and I particularly missed it not being able to race there last year," Pedrosa said.

"We‰Ûªll try and give our best in front of our fans, starting the race weekend with a positive mood after the promising feeling we had at the last race, even if it had an unfortunate ending. I believe we could have fought for second place in Texas, so we must start from that and work hard beginning with FP1 on Friday.‰Û 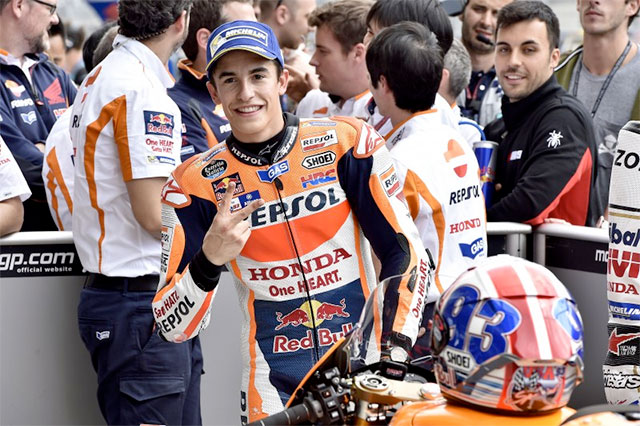