Repsol Honda Team head to historic Le Mans for Round 5 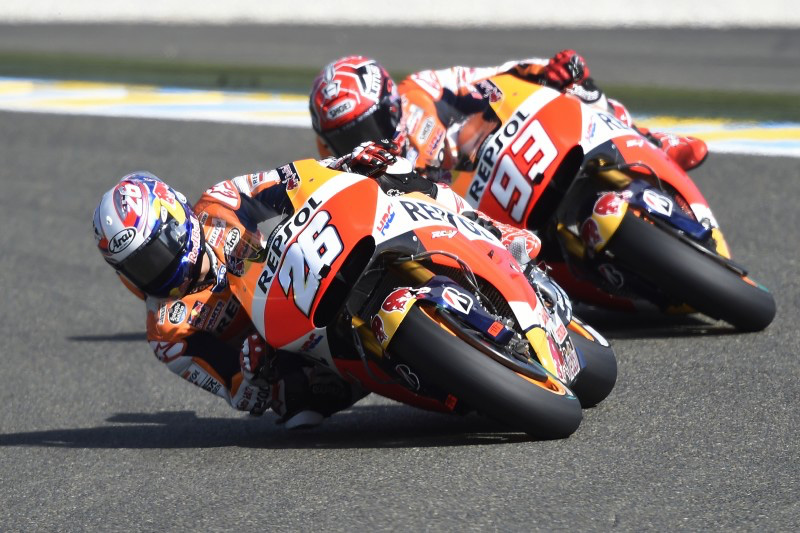 Marc Marquez and Dani Pedrosa are en route to France after scoring solid third- and fourth-place finishes, respectively, in the Spanish GP, which was immediately followed by a positive one-day post-race test.

The Repsol Honda riders look forward to trying to make the best use of the data gathered there, and to start the French GP on the right foot beginning with the FP1 session, which will start Friday morning at 9:55 local time.

Last year he earned pole position but experienced difficulty with his front tyre during the Sunday race after temperature significantly increased compared to the rest of the weekend. He made the best of the situation, managing to finish fourth after a hard-fought battle with Andrea Iannone during the final five laps.

‰ÛÏI like the Le Mans track although it requires that you be ready to deal with many variables." Marquez commented. "To begin with, the weather: you never know what it will do there. Last year the temperature rose significantly on Sunday and we suffered a lot with front grip in the race.

"Rain also isn‰Ûªt unusual there. In addition, the track has a stop-and-go layout, with many slow turns where braking and acceleration are crucial. We‰Ûªll see if we find ourselves in a situation similar to Austin, where acceleration out of slow corners was a lot better than expected, or if we have to face a bigger challenge.

"During the last test in Jerez, we worked a lot on electronics and the chassis setting to find more grip, and on the balance of the bike to reduce wheelying.

"It‰Ûªs always a compromise but I think we‰Ûªve gathered useful info for Le Mans and, knowing how far we‰Ûªve come since this winter and how quickly we‰Ûªve been able to react to many situations, I feel confident and look forward to starting the next racing weekend.‰Û