Repsol Honda Riders Looking To Step Up At Asses 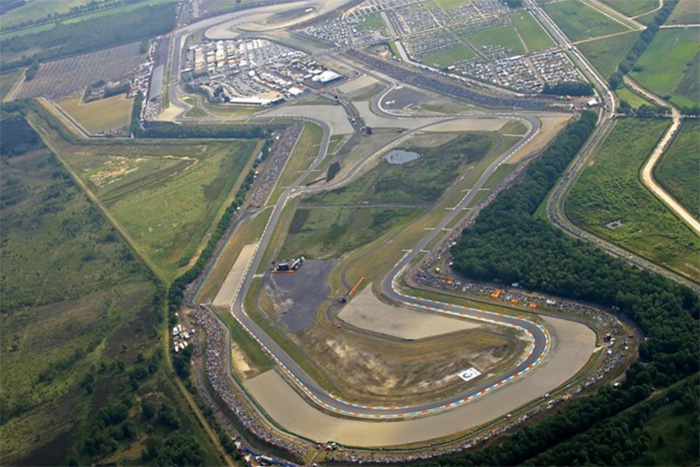 After mixed fortunes in Catalunya, the Repsol Honda Team are en route to Assen, Netherlands.

The longest-running event on the MotoGP calendar, the Dutch TT in Assen is always held on the last Saturday in June in a carnival atmosphere that attracts raceday crowds of more than 100,000.

Assen‰Ûªs foundations in motorsport were laid back in 1925 during the first Dutch TT. The modern circuit was first constructed in 1955 on the site of those brick-paved public roads and it underwent a major modification in 2005, which reduced its length from just under 6km to 4.555km.

It has also seen small modifications in the past two years with work done to make the Ruskenhoek chicane less angular and thus a few metres shorter. The final result is a faster circuit, in keeping with Assen‰Ûªs generally flowing nature.

Known as ‰Û÷The Cathedral‰Ûª, its main straight is a mere 560m long, yet Assen still boasts one of the fastest average speed laps on the calendar and its flowing turns ‰ÛÒ eleven right and six lefts ‰ÛÒ mean it remains a favourite for riders and spectators alike.

"Obviously I‰Ûªm disappointed to have crashed out of my home race in Catalunya, but we‰Ûªve put that behind us now as we head to Assen." Marquez said. "It‰Ûªs a shame we couldn‰Ûªt make the most out of the post-race test on Monday, but it‰Ûªs the same for everyone.

"Assen is a track I like - even if it doesn‰Ûªt necessarily suit our bike the best. As always we will have to work hard from Friday morning and hope to make a step with the bike settings. The weather is always unpredictable and this usually plays a part in the weekend, so we will have to keep an eye on it!"

"I was really happy to step back on the podium in Barcelona, it‰Ûªs just a shame we couldn‰Ûªt do much on the Monday during the test, due to the bad weather." Pedrosa added. "The arm is feeling better and better each time I ride and now we need to work on the bike to improve our feeling.

"As we all know, the weather in Assen is usually a critical point so we must be sure to make the most of any dry track time! I like the track but it‰Ûªs important to find a good setting and feeling with the tyres as there are a few very fast corners."

The race weekend in Assen begins on Thursday with Qualifying on Friday and the race on Saturday, as it was originally frowned upon for the race to be hosted on Sunday for religious reasons.