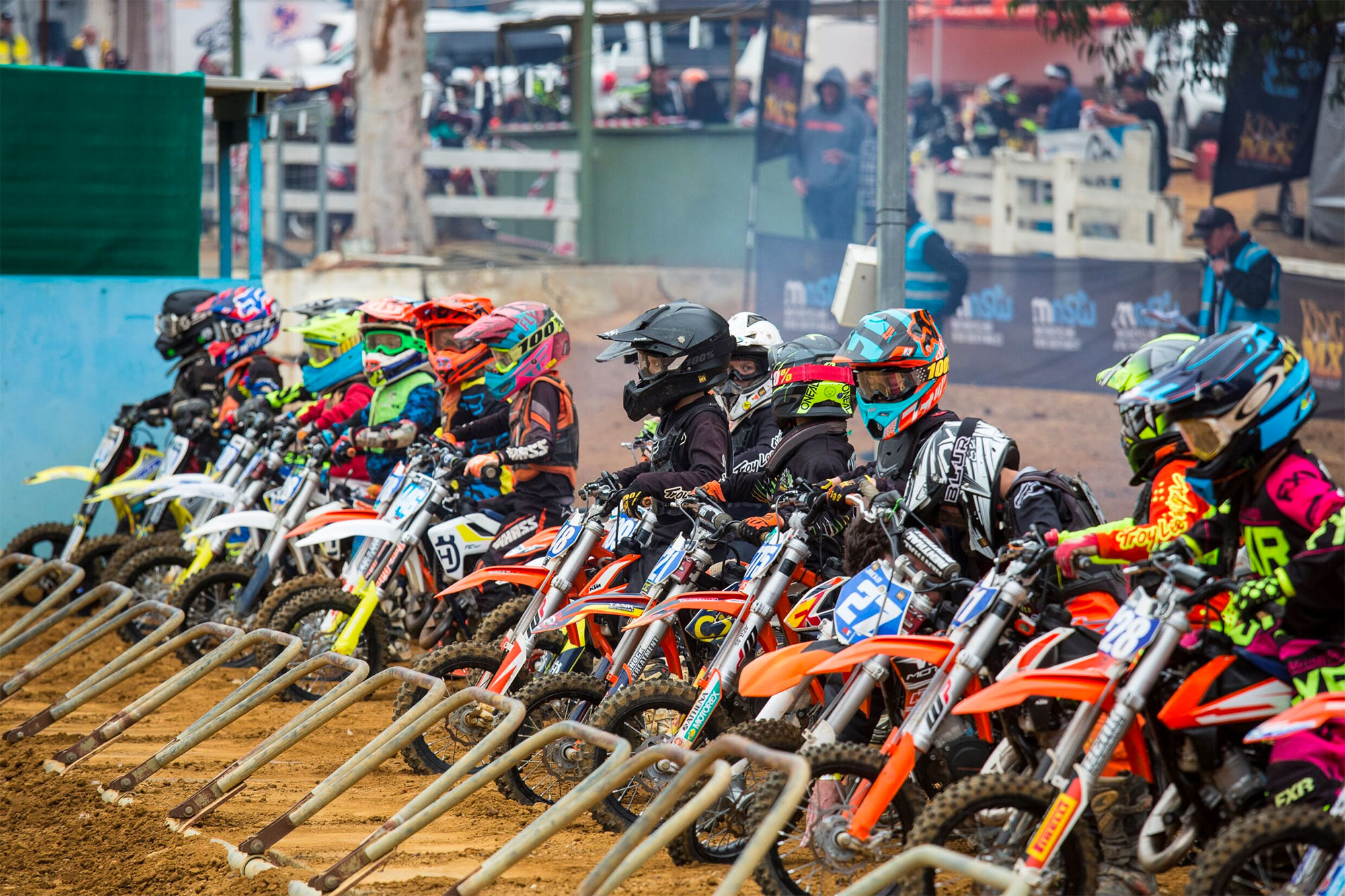 The King of MX (NSW MX Titles) final for 2020 will be held on Cessnock MX Club‰Ûªs new track layout, complete with a new 40-gate start.

The Cessnock club has put in a massive amount of work over summer to rebuild large parts of their track, redesigning it, making huge improvements to the safety and fun factor for riders, and, best of all, they now have 40 gates. What better way to christen it than to bring the final of the biggest motocross event in Australia to the club!

‰ÛÏIt‰Ûªs always exciting to see our clubs put massive amounts of time and money into redeveloping their venues, and the work Cessnock has done over summer puts them in a position to become a host club for the King of MX final. MNSW CEO Dave Cooke said.

"Finding host venues for the final is actually very difficult, simply due to the size of the event. The King of MX has become so successful in its first two years it has actually outgrown some of our venues as we need so much space for competitors and spectators. With the work Cessnock has put in over summer, they are now capable of pulling this off for us. It also means the final will be well located for a whole lot of riders who will want a qualifying spot for their place on the gates, so they better all get their entries in for our regional qualifiers in Bega, Narrabri, Wagga Wagga and Bathurst to try and find a path to their Golden Ticket. If they wait for the last couple of qualifiers at Lakes and Dargle, they may just miss out, because those two events will be huge as well.‰Û