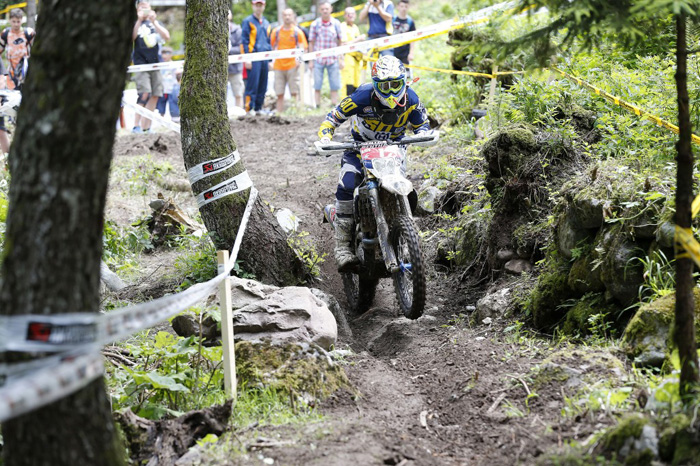 Husqvarna‰Ûªs Pela Renet proved the rider to beat on the opening day of competition at round five of the Maxxis FIM Enduro World Championship in Rovetta, Italy.

With the GP Acerbis of Italy delivering a fantastic mix of special tests, great weather and a massively enthusiastic crowd, the competitors of the EWC were treated to a memorable days action.

Clocking up his third win in as many races, Husqvarna‰Ûªs Pela Renet claimed top honours in Enduro 2. Taking control of the lead on lap one, two mistakes saw him having to charge his way back in front. Despite closest rival Antoine Meo (F-KTM) winning the final two tests, Renet had enough in hand ‰ÛÒ seven seconds ‰ÛÒ to win the day.