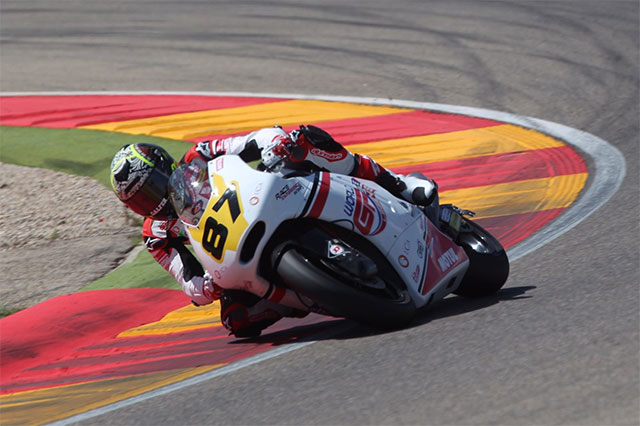 Remy Gardner showed his front running pace for the second consecutive race of the 2016 FIM CEV Repsol Moto2 Championship, qualifying 3rd and racing to a strong 5th in race 2 at Motorland Aragon earlier today after crashing from the lead in the opening encounter.

Buoyed by his speed at the opening round at Valencia, the teenager excelled in qualifying at Motorland Aragon on Saturday putting his Race Experience Kalex onto the front row of the grid, just missing out on a maiden Moto2 Pole Position by 0.247s.

Race day dawned with Remy once again at the sharp end in morning warm up and things were looking good.

As the lights went out Gardner made an excellent start, heading the field before falling from the lead in the early stages. Able to continue, he rejoined the race before unfortunately retiring to the pits shortly after half race distance.

Thankfully the bike was repaired and Remy was back on the grid for race 2, fighting as he has in all 4 Moto2 races so far this year for the podium.

Running 3rd for the majority of the race he was eventually classified 5th after a tense and exciting race saw him finish just over 4 seconds from the win - impressive considering Aragon was only his second event as a Moto2 rider.

"Qualifying was delayed because of track conditions but when it did run I was able to put in a good lap and ended up 2nd," Gardner said,

"We tried some things in the final session but we used our new tyres in the morning so didn't manage to improve, but with the slower conditions it was the right decision. Race one was a shame as we had the pace to run at the front but I crashed.

"Race 2 we changed the bike and went in the direction we had used in qualifying, but it wasn't as good and I kept losing the front everywhere and nearly crashed again. It was a bad choice but that's racing. We still need to work on the engine as we are losing a few tenths but we will keep working and move on to the next race."

In the championship the 11 points gained today move the young Australian into 14th overall in the standings ahead of the next double header which takes place at the Catalunya circuit in a fortnight. 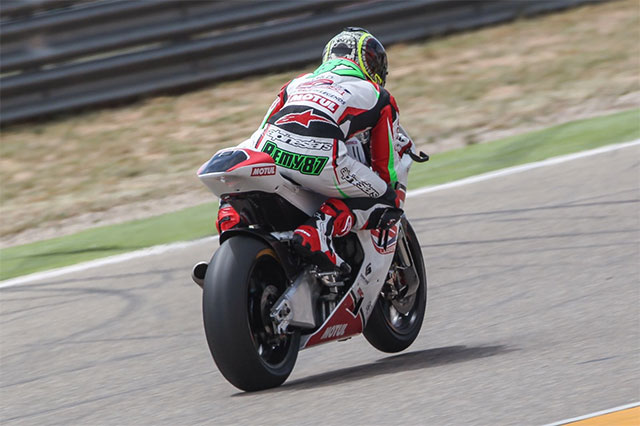