TM rider Eero Remes has put the finishing touches to a perfect AMV GP of Finland by wrapping up his home round of the EnduroGP series with a dominant Enduro 2 class win. 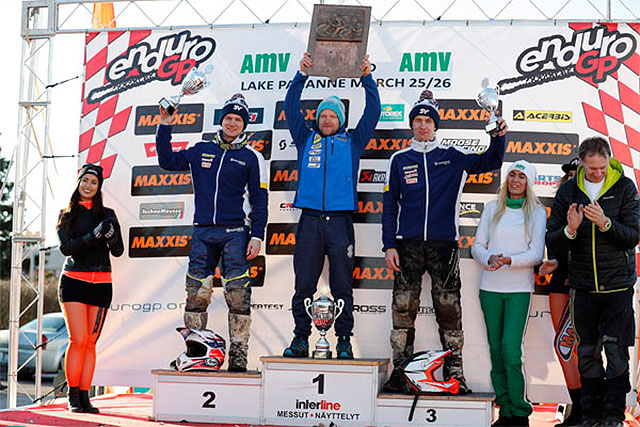 Podium Lake Paijanne Day 2
Faced with a shorter day, that featured 11 special tests and took riders south towards the event‰Ûªs finish on the outskirts of Helsinki, it was again Remes who set the pace others tried to match. Topping the first nine tests in the Enduro 2 class to open up a sizeable lead, Remes eased his pace a little as the day neared its close but nevertheless still placed close to three minutes ahead of class runner-up Josep Garcia (KTM). 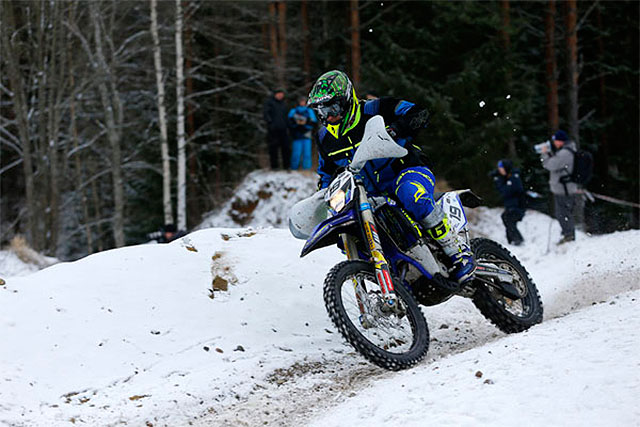 Damaging his rear brake early in the day, Aussie Matt Phillips nevertheless pushed hard to secure third overall.
Despite being off a bike for one month following a car accident prior to the GP of Finland, Josep Garcia (KTM) brought his first ever senior class outing to a very positive close with a strong second place result behind the flying Remes. Despite his relative lack of fitness following his enforced layoff Garcia put in an impressive performance, splitting class winner Remes and Henric Stigell (Husqvarna). 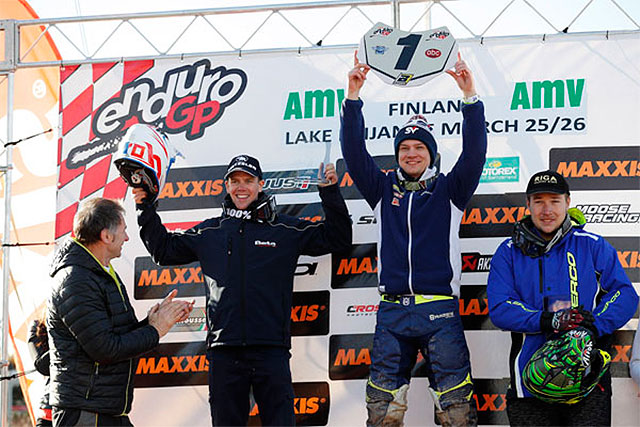 Antti Hellsten (SF - Husqvarna) new leader of the EnduroGP
Just as Eero Remes did in the Enduro 2 class, Antti Hellsten (Husqvarna) completed a perfect weekend with EnduroGP class victory on day two. Despite winning only four of the day‰Ûªs 11 special tests the Finn did all that he needed to do in order to stay ahead of second place finisher Steve Holcombe (Beta).

With Holcombe upping his pace and pushing Hellsten much harder than he did on day one, the difference between the two riders was just 38 seconds at the end of close to two-and-a-half hours of special test racing. 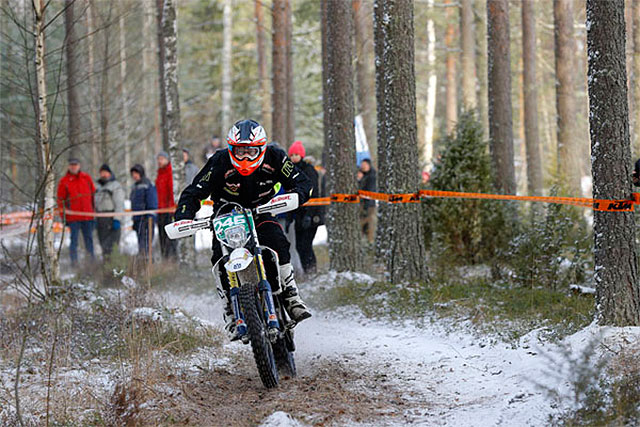 Eemil Pohjola (SF - Husqvarna)
Fourth in EnduroGP on day two, Nathan Watson was arguably more relieved than most riders to have finished both days. Crashing heavily while training at home in England, Nathan struggled during the opening day. But with his confidence improving throughout the second day he finished just 17 seconds behind Phillips. Marko Tarkkala (Husqvarna) finished fifth and as the second-best Finn behind Hellsten. Giacomo Redondi (Honda) improved on his day one result to finish sixth with Aleksi Jukola (KTM), Loic Larrieu (Yamaha), Christophe Charlier (Husqvarna) and Alex Salvini (Beta) rounding out the top 10.

Just as he was on day one Eemil Pohjola (Husqvarna) was in a class of his own in the Enduro Junior class. Placing close to five minutes ahead of runner-up Davide Soreca (Honda) he also finished an impressive sixth overall. Soreca‰Ûªs runner-up result matched his day one finish while Henry Olenius (Honda) rounding out the top three.

With Scandinavian riders filling the top five places in the 125cc Enduro Youth class it was Finn Hermanni Haljala (Husqvarna) who topped the results, comfortably placing ahead of Emil Jonsson (KTM) from Sweden with Finn Antti Ahtila (KTM) third.

The 2017 EnduroGP World Championship next heads to Spain for the AMV GP of Spain on April 21st. 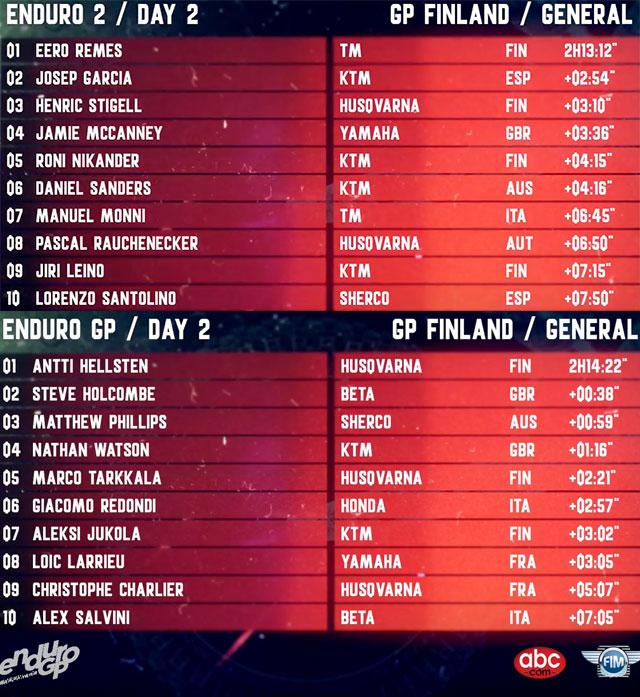