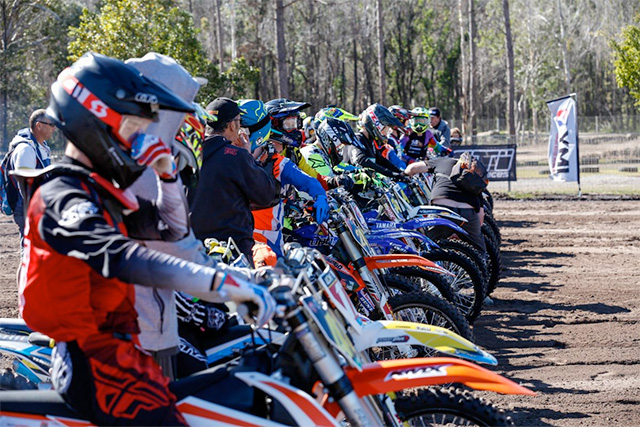 The third and final round of the Yamaha 125cc Junior Cup took place at Coolum Pines Motocross Track on the Sunshine Coast today, with Regan Duffy overcoming adversity and wrapping up the championship after two hard fought races.

In qualifying this morning, Husqvarna‰Ûªs Bailey Malkiewicz secured the fastest time on his last lap, with an incredible 1:42.793 lap. Second quickest was KTM mounted Mason Semmens (1:45.967) followed by Jack Kukas who secured third gate pick with a 1:46.149 hot lap. 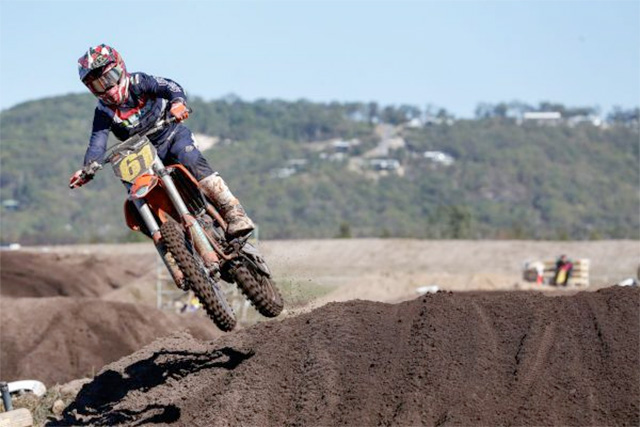 2017 champion Regan Duffy . Credit: MXN Images
The opening moto took place late this morning, and competitors were dealt with a track that was becoming rougher and rougher by the minute. When gates dropped, KTM‰Ûªs Semmens stormed down the start straight and collected the Raceline holeshot, but it only took four turns for fastest qualifier Malkiewicz to move into the race lead.

After a lap on track Jack Kukas had moved up to second position behind Malkiewicz while Semmens had slipped back to third. The front three riders then checked out, leaving the likes of Duffy, Kipp Adams and Noah Ferguson to battle for the remaining positions inside the top five behind them.

After three laps on track there had been no change to positions, however Malkiewicz had stretched his race lead out to an impressive seven seconds. Meanwhile behind him, Kukas, Semmens and Duffy had found each other on track and began to battle for the remaining podium spots.

By the time riders headed in to their last lap, Duffy had passed both Semmens and Kukas and found himself in second position, but it was Malkiewicz who simply needed to complete one more rotation on two wheels in order to collect the race victory.

And claim the win is exactly what the Husqvarna rider did. Second place went to Duffy, followed by Kukas (Yamaha) in third. Semmens and Ferguson finished in fourth and fifth places respectively, while Jai Walker, Ryan Gaylor, John Bova, Riley Ward and Adams all wrapped up moto one inside the top ten. 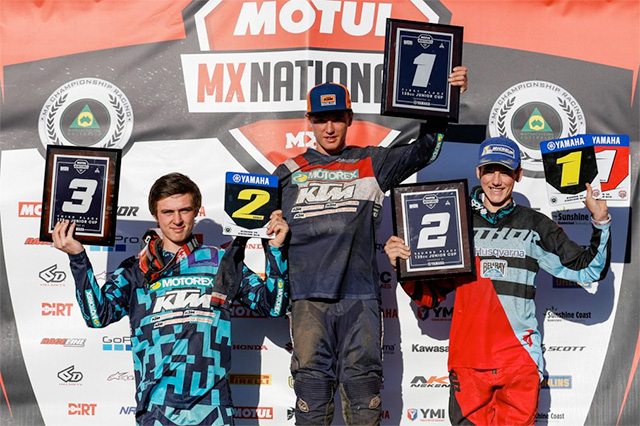 The 2017 podium. Credit: MXN Images
In race two it was Sunshine Coast local Ferguson who secured the final Raceline holeshot, and by the time riders came around for their second lap the KTM rider continued to lead from Semmens and Kukas.

Unfortunately for Ferguson his lead was somewhat short lived, because when riders headed in to lap three they were greeted by a new race leader Semmens. The charge from behind did not stop there either, only a few turns later Malkiewicz had found Fergusons rear wheel, and soon after he too had found his way past the local rider.

By lap four the running order saw Semmens continuing to lead from Malkiewicz and Ferguson, while behind the top three, was Kukas and Duffy in fourth and fifth positions, attempting to hunt down the lead trio of riders.

As moto two reached it‰Ûªs closing stages, Malkiewicz put his foot down and made his move for the lead, charging past Semmens with incredible speed, and pulling a comfortable gap on the KTM rider after only one more lap.

And when the chequered flag flew for the final time this afternoon it was Malkiewicz who clinched his second race win. Second place in moto two went to Semmens, followed by local rider Ferguson in third. Kukas and Gaylor wrapped up the final race in fourth and fifth places respectively, while Bova, Tyler Darby, Ward, Walker and Duffy who went down hard on the final lap completed the top ten.

With two race wins to his name at Coolum, Malkiewicz claimed the round victory, while Semmens and Kukas completed the round ten podium.

But it was the title that was up for grabs, and despite suffering a heavy last jump crash in race two, it was Duffy who secured the Yamaha 125cc Junior Cup title. Second in the championship went to Malkiewicz, while Semmens completed the 2017 podium.

‰ÛÏI‰Ûªm a little bit busted up, but I‰Ûªm stoked to come away with the overall for the year,‰Û