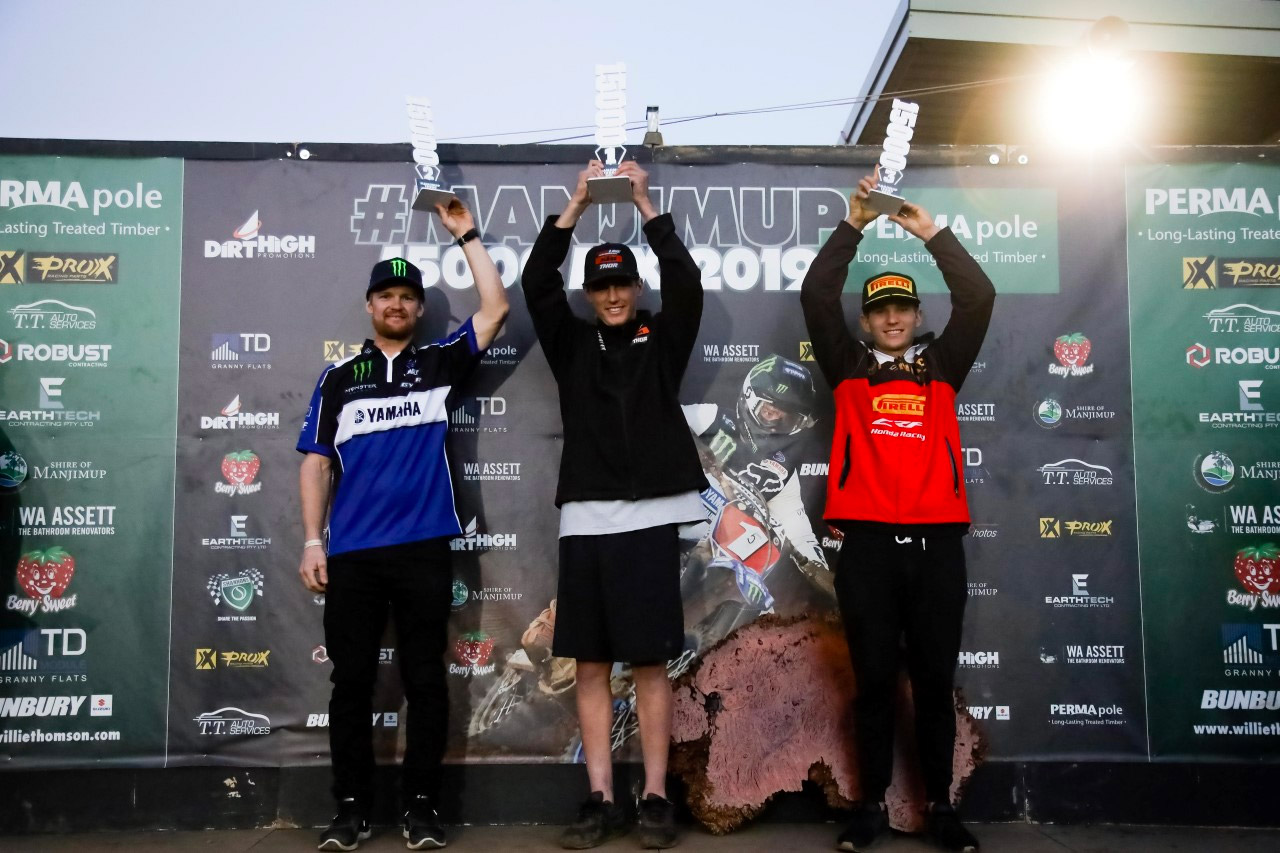 The small town of Manjimup came alive for the annual running of the historic Manjimup 15,000. With a handful of the leading East Coast riders making the trip across the desert as well as some international stars on hand for the event, it was set for a memorable weekend for the large crowd on hand and the racing proved to be exactly that.

The format of the event sees three eight lap races to determine the winner and on the grueling and undulating circuit, rated one of the best in Australia. It is always a true test of man and machine.

Duffy took the opening moto win ahead of Honda's Kyle Webster, Hayden Mellross and the CDR Yamaha Monster Energy Team duo of Luke Clout and Kirk Gibbs. With a wealth of Manjimup 15,000 experience under his belt Gibbs was back on track for the final two races. The South Australian took the moto win in race two ahead of Duffy and Mellross and a grandstand finish was set for race three with plenty of plot twists and turns.

Gibbs needed a race win and needed the cards to fall his way with the riders behind him to claim victory on the day. The 30 year old Yamaha rider indeed won the final moto but it wasn‰Ûªt enough to take victory as 16-year-old Duffy, managed to finish the final race in third and give him the overall victory by just a single point over Gibbs.

A pair of second places and a seventh was enough for Kyle Webster to claim third overall for the day.

At just sixteen years of age Duffy became the youngest winner in the events History. 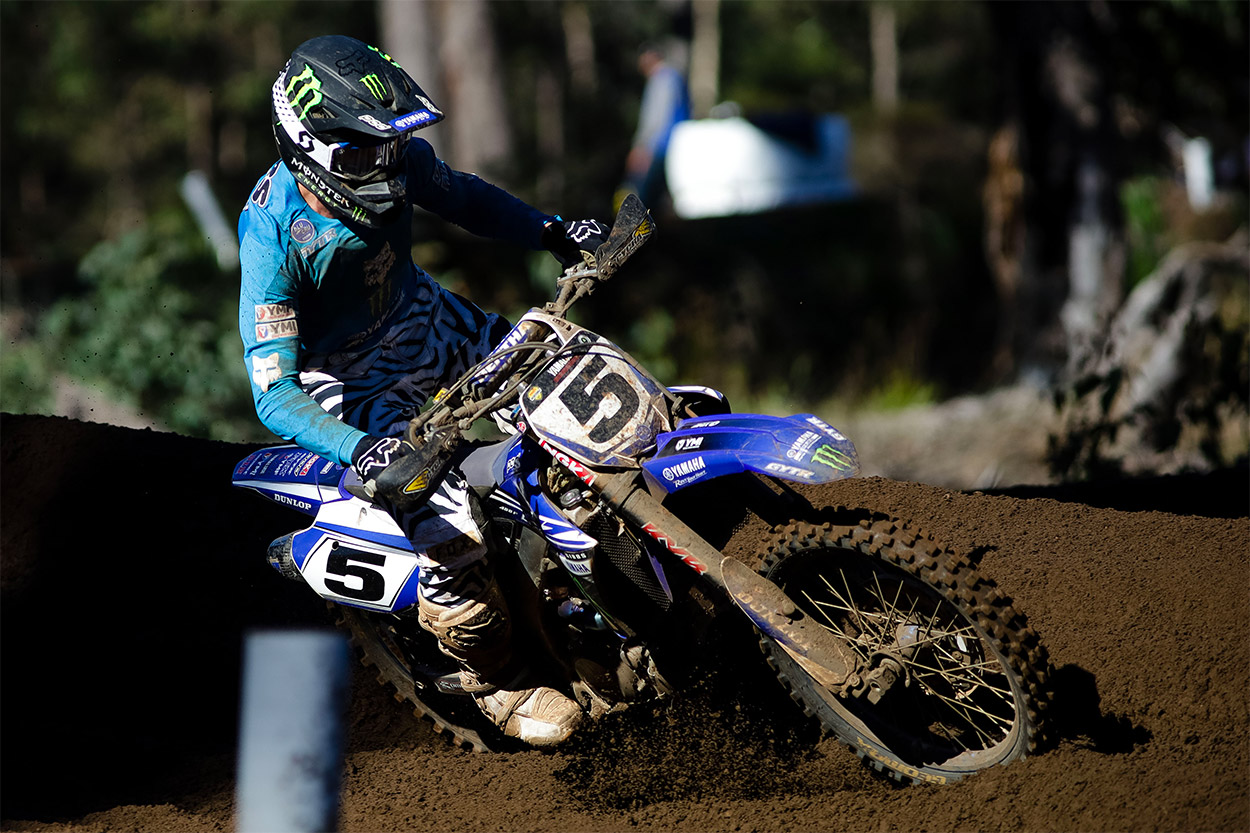 Runner-up Kirk Gibbs had won the event several times before, but this time entered the event fresh off a shoulder injury sustained at the recent round of the Pirelli MX Nationals
"Wow i have to much to say to put it one post," Duffy said on his social media. "Youngest ever to win it also!! First corner crash in the last moto and i charged from last to 3rd against some of Australia's best which was enough to grab the overall thanks so much to everyone involved i love you all" Duffy added.

Gibbs had won the event several times before, but this time entered the event fresh off a shoulder injury sustained at the recent round of the Pirelli MX Nationals and not with the pre-event preparation he would have liked.

‰ÛÏIt was another good day here at Manjimup and I always love coming here as it‰Ûªs a great place to race," Gibbs said. "The first race fifth was the down fall for me as over coming that point gap in a three race format is tough when the other riders were pretty consistent. Still, it was pleasing to be able to race at a good level so quickly after my shoulder injury and it still feels good at the end of the day on a demanding track.

‰ÛÏA huge thanks to the CDR Yamaha Monster Energy team for making this happen as its never easy to race on the other side of the country and also to the Manjimup club and event organisers as this event is always a highlight for me and I love racing here in front of such an enthusiastic crowd,‰Û