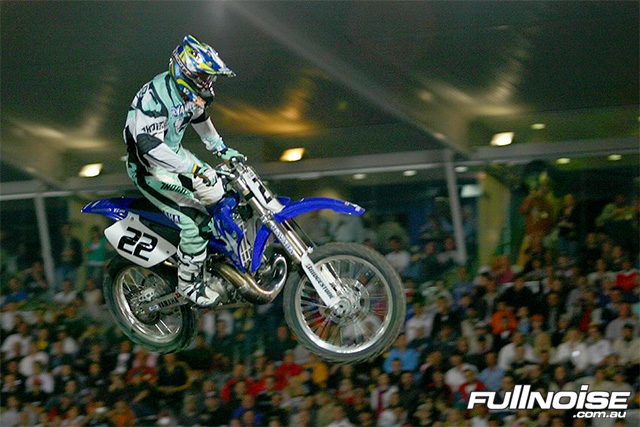 Red Bull Straight Rhythm will return to Fairplex in Pomona on October 21, and this time will feature a new class and some new faces.

In its fourth year, the event will continue the format started last year where practice, qualifying and racing will all take place on the same day, with the finals taking place at night under the lights. Red Bull Straight Rhythm has become known as an event that breaks the Supercross/motocross mold, as it features head-to-head racing, no turns, and multiple classes not found anywhere else. Tickets are still available at redbull.com/straightrhythm and the event will air live on Red Bull TV.

This will mark the first U.S. race for Villopoto since his retirement in July 2015 ‰ÛÒ and the first time he‰Ûªs ever raced a two-stroke in competition. Reed hasn‰Ûªt raced a two-stoke in twelve years - since the 2005 Supercross season. Other riders in the two-stroke class include motocross/endurocross rider Mike Brown, fan favorite Ronnie Mac, and former Supercross/motocross and current GNCC racer Ryan Sipes.

In 2015, James Stewart defended his title, once again landing on the top of the podium in the Open Class, with his brother Malcolm taking first place in the Lites Class. Last year, Marvin Musquin returned to the event and dominated the Open Class, with Shane McElrath taking the win in the Lites Class. Straight Rhythm takes place as part of the Red Bull Signature Series, a collection of the most progressive and innovative events in action sports.

Each single-day ticket gives access to practice, qualifying and the finals. With over 10,000 grandstand seats, plus an infield, spectators will be treated to a one-of-a-kind experience while watching an all-out sprint to the finish line. For those that need a break from the action, spectators will also have access to the race pits, numerous concessions and side acts throughout the day, offering something for the whole family. Tickets can be purchased at redbull.com/straightrhythm.

Main Photo: Chad Reed on a 2-Stroke back in 2004 at Gosford
Credit: Johnny McLean