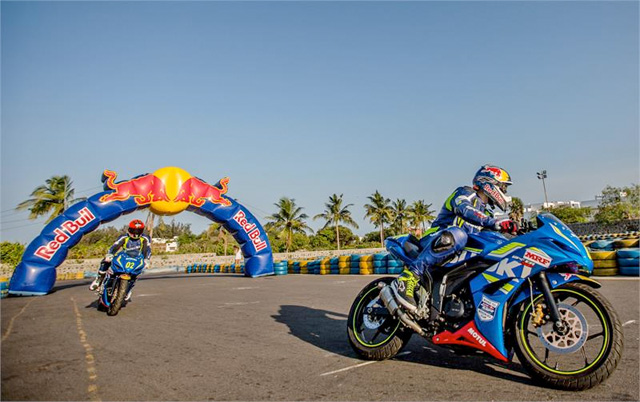 India‰Ûªs Suzuki GIXXER Cup Championship will now run with a new event this year, the ‰Û÷Red Bull Road to Rookies Cup, to give 13-17-year-olds a chance to progress to the top-level of motorcycle competition.

Suzuki Motorcycle India PVT Ltd. (SMIPL) announced this week that this season‰Ûªs five-round GIXXER Cup will also feature qualifiers at each event for the MotoGP‰ã¢ series that is now in its 10th year.

"This is going to help Indian racers to be a part of the MotoGP‰ã¢ programme overall: In India, all riders start after the age of 20. I myself started racing at 20 as you only get your license at 18, unlike Spanish and Italian kids, who start at the age of five and have dedicated schools for training.

"I am hopeful that the Red Bull Road to Rookies Cup will change things in the motorsport scene within India.‰Û