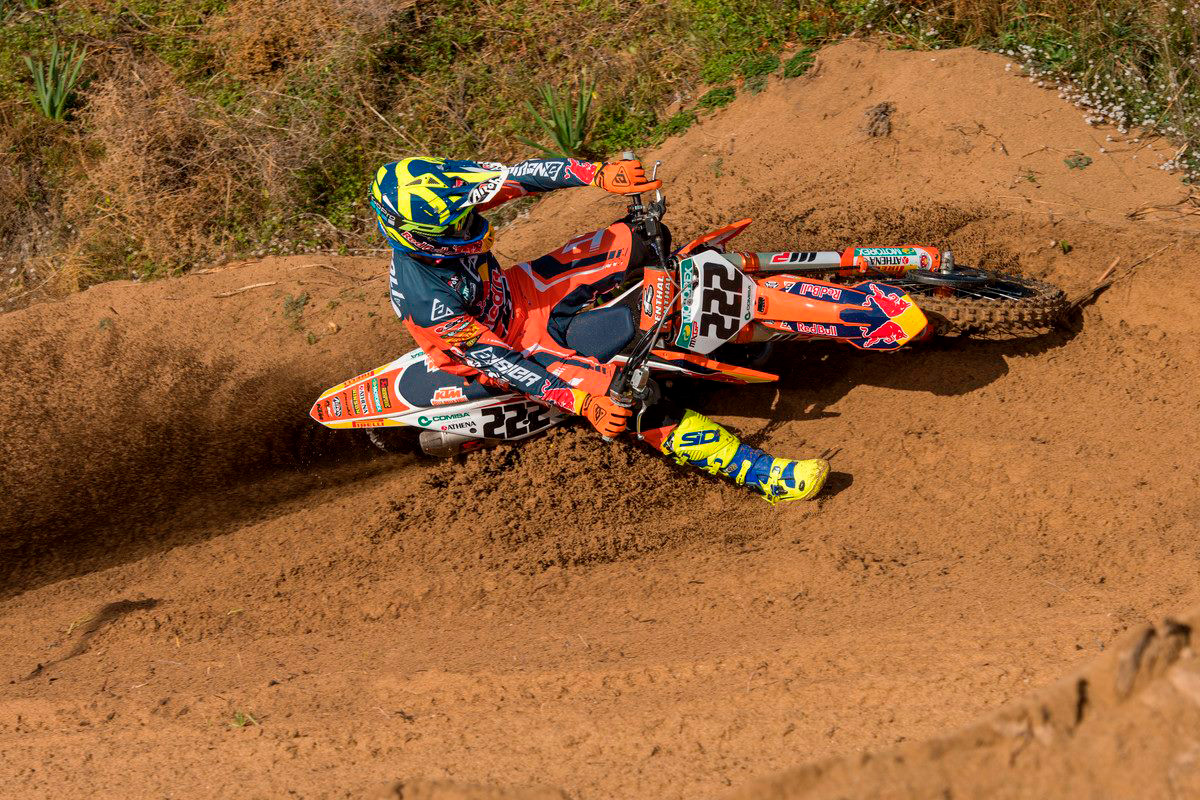 Reigning champions in both MXGP and MX2 classes, Red Bull KTM, head to South America highly motivated to chase the possibility of another memorable campaign.

Tony Cairoli begins his sixteenth season in the FIM World Championship and in pursuit of a record-equalling tenth title, as well as hoping to improve on his total of 85 career wins. 2019 will be the Italian‰Ûªs ninth term as a Red Bull KTM rider and as an athlete that has sampled GP and championship success with both the KTM 350 SX-F and KTM 450 SX-F. Cairoli, who has won the opening Grand Prix only twice in his ten years in the premier class (but also boasts seven crowns in that time), will be searching for his first victory at Neuquen and after coming so close twelve months ago.

‰ÛÏI‰Ûªve never had great results in Argentina and I‰Ûªm still searching for the win but it‰Ûªs a really nice GP for me," Cairoli said. "The location is great, as is the track and the atmosphere made by the fans so I look forward to going there. Of course the season is really long and this is just the first race but we will all see ‰Û÷where we are‰Ûª and how things will run. The first races are not really the key to the whole championship - and I have seen this in my years in GPs ‰ÛÒ but it is important to build a good start and momentum from the beginning.‰Û 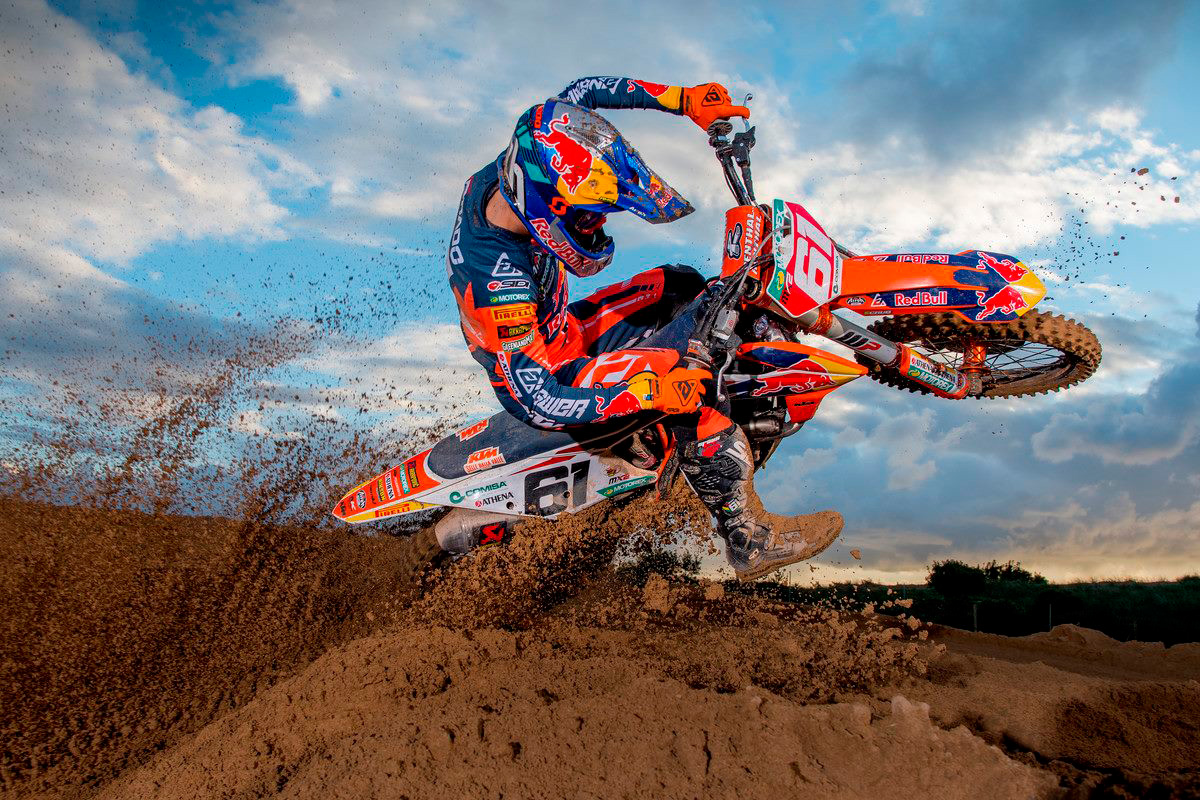 Jorge Prado will be looking to back up his 2018 MX2 World Championship with another in 2019. Photo: Ray Archer
In MX2 Jorge Prado comes into his third Grand Prix term as Spain‰Ûªs first ever FIM world champion in the principal categories. The recently turned eighteen year old enjoyed a positive pre-season period with an undefeated record in the three round Internazionali D‰ÛªItalia domestic championship. #61 scored a runner-up position in his first visit to Neuquen in 2017 but could classify only 11th at the start of his title-winning year due to the effects of a broken elbow during the winter that interrupted his training and testing for 2018.

‰ÛÏI‰Ûªm excited for the first round of the championship," Prado enthused. "Aside from the fact that it is the first GP it‰Ûªs cool to be in Argentina because the fans are crazy over there! Neuquen is a track I‰Ûªve enjoyed the last two years. It is tough as well though because everyone is going fast and it‰Ûªs hard to make gaps. We go to Argentina very prepared and in very good condition. We have put-in the work. The bike in particular is working really well. The level is really high in MX2 so it will be important to start with a good result and maybe show some of the graft we‰Ûªve done in the off-season. We want to come away happy and in one piece. I will try my best and try to win if possible. Another important thing will be to avoid any big mistakes.‰Û 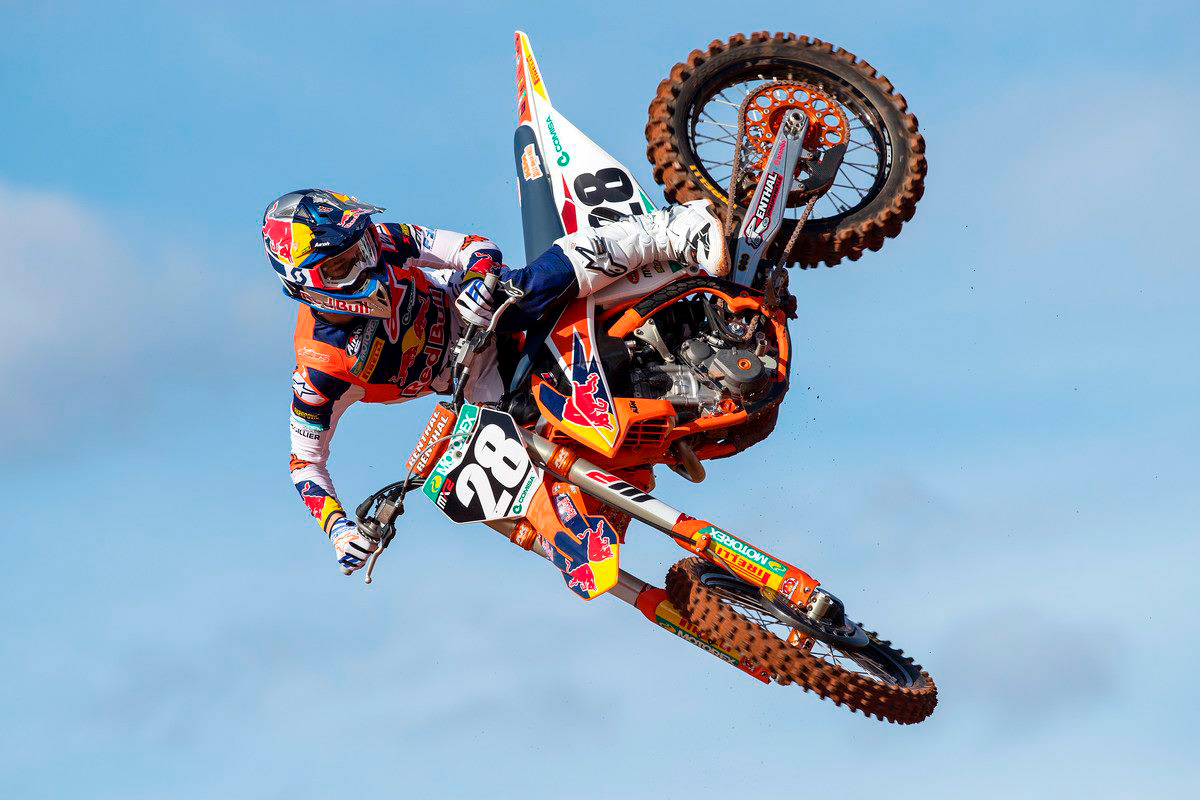 18-year-old Frenchman Tom Vialle will make his MX2 debut with Red Bull KTM this weekend. Photo: Ray Archer
Jorge is joined on a works KTM 250 SX-F by new recruit Tom Vialle. Another eighteen year old, Frenchman Vialle will make his Grand Prix bow as a factory rider in Argentina after impressing in EMX250 European Championship outings and having working hard under the guidance of team Sport Director Joel Smets throughout the off-season.

‰ÛÏI‰Ûªm impatient for the weekend," Vialle said. "My pre-season races and preparation have gone pretty well and my starts have been good. I know this is a big opportunity for me and I feel that the winter has gone well. I‰Ûªm already looking forward to Sunday!‰Û