For the first time since 2015 the FIM Motocross World Championship will see a number one plate in action with reigning MX2 champ Pauls Jonass. Credit: Ray Archer
Red Bull KTM Factory Racing jet into Patagonia-Argentina this week for the first round of nineteen of 2018 MXGP.

They begin the new FIM Motocross World Championship as defending No.1s in both the MXGP and MX2 classes and with five exceptional riders, a resolute technical team and the latest works versions of the KTM 450 SX-F & KTM 250 SX-Fs ready to race.

Neuquen hosts the Grand Prix of Patagonia-Argentina for the fourth year in a row and the fast and flowing layout of grainy volcanic ash (similar to sand in consistency and how the bumps and waves form) is a popular one among the MXGP elite. The circuit near Villa de Angostura opens the series for the first time after Losail in Qatar raised the curtain on MXGP for the last five seasons.

Red Bull KTM Factory Racing will be some of the central stars for the many thousands of fans expected to descend on the site this weekend. Tony Cairoli seeks a record-equalling tenth FIM World Championship title in 2018 and his second with the KTM 450 SX-F.

The Sicilian wears his customary #222 but is the defending No.1 for the seventh time this decade in the premier category thanks to his six wins (a total shared with teammate Jeffrey Herlings) and podium haul of twelve trophies in 2017.

"There are no big differences for 2018 except that I start the season as world champion,‰Û 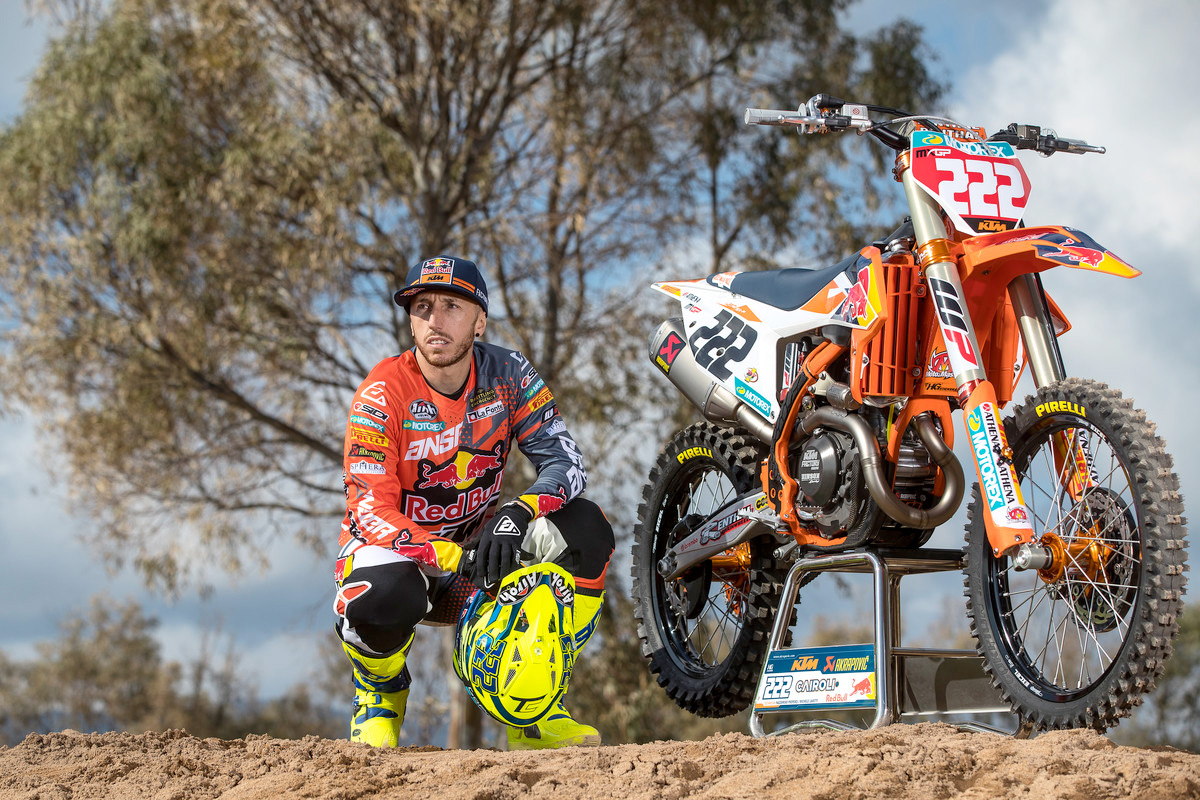 32-year-old Tony Cairoli will be gunning for his tenth world title to equal the great Stefan Everts. Credit: Ray Archer
TC222 came through a strong pre-season period in which he secured his tenth national senior domestic crown in Italy. He knows he faces a renewed challenge from some of the big hitters in the class, not least his own teammates Herlings and Glenn Coldenhoff, and riders younger in age. Cairoli has converted his vast experience and zest for the sport into some of his biggest and most lethal attributes over the past seasons. Now the champion ‰ÛÒ who recently signed a fresh two-year deal to remain in Red Bull KTM colours ‰ÛÒ insists his desire to push for more comes from internal drive rather than squaring off against any particular rival.

"It is important to have fun and to check if I can improve in some ways: that's the challenge,‰Û 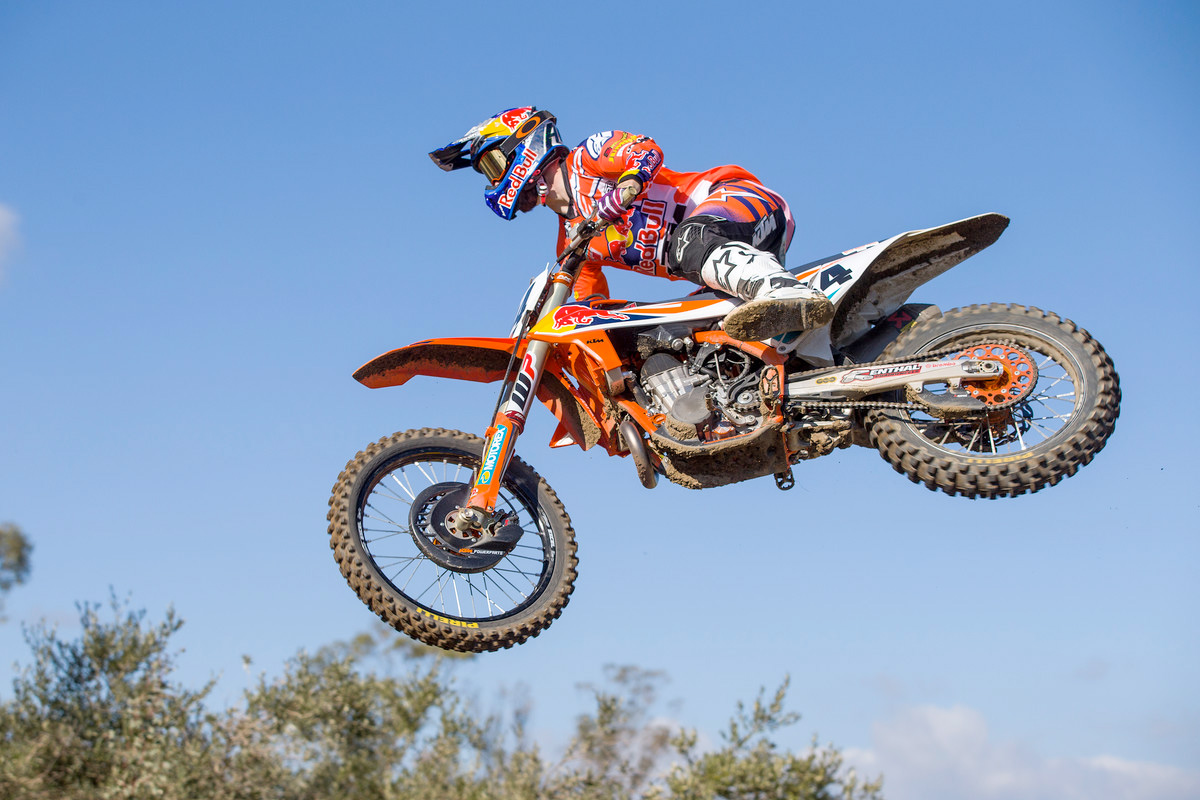 Jeffery Herlings is looking for a better season in 2018 after 2017 was plagued with injury. Credit: Ray Archer
"No injuries and a lot of testing and a lot of riding," Herlings says of his prep. "I feel comfortable and strong and we did everything we planned to do without any hiccups. There was that crash in the Italian Championship and maybe I was lucky to escape unhurt but in truth the off-season went perfectly. We couldn't have asked for anything more."

Herlings, number #84, turned his rookie 450cc term around from a broken hand and shaky confidence to almost total control of the leaderboard. The former three times MX2 world champ is hoping to maintain his form from the last event of the 2017 schedule in France.

"Last year was pretty much the low-to-the-high," he reflected. "It ended the other way around from how we started the season when I was really struggling. I went from a broken hand and thinking ‰Û÷how to get into the top ten?‰Ûª to winning five of the last rounds and being pretty dominant. It was like there were two different 'Jeffreys'. It felt great to have all those wins and achieve a feeling of being back where we belonged. It was cool. I want more." 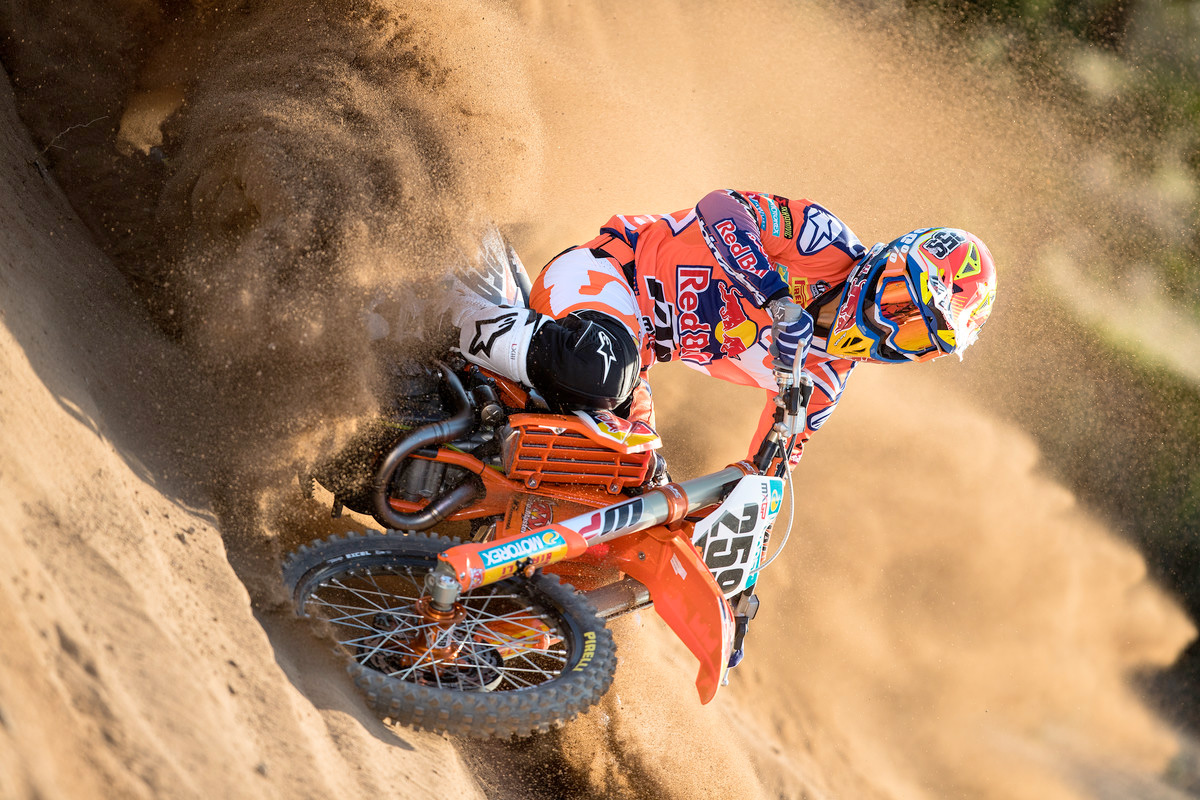 "I am excited to see the MXGP gate dropping for the first time this year after a long winter of 'theoretical' motorsports. Our guys are very well prepared, everyone is fit, so I think we can expect a lot from them over the year. Of course I don‰Ûªt want to underestimate a single one of our competitors as they have been working hard as well for sure,‰Û 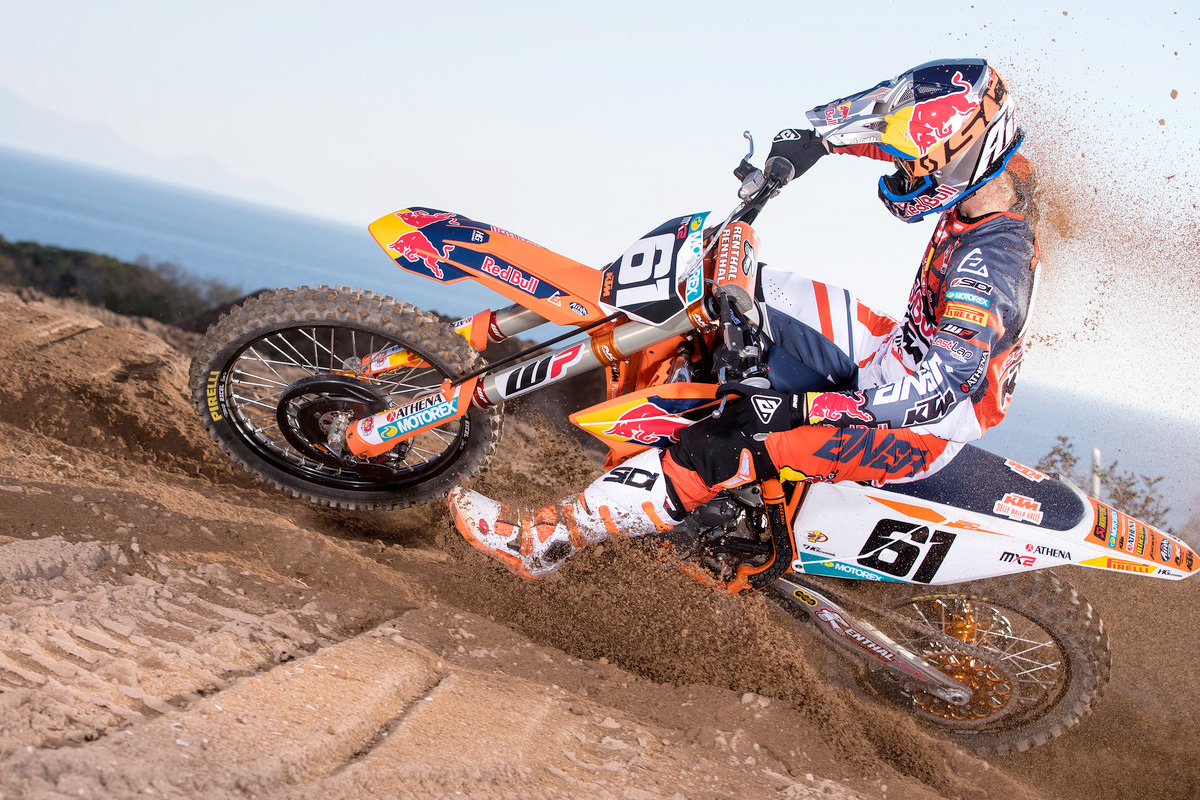 17 year old Spaniard Jorge Prado will partner Pauls Jonass in the MX2 class for the second year in a row. Credit: Ray Archer