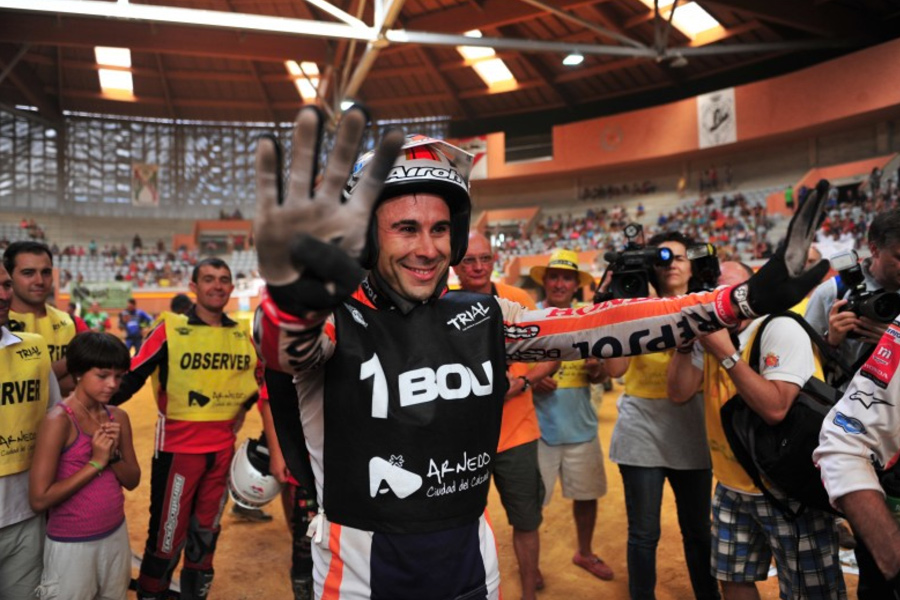 Raising the barrier to a new level in the sport of motorcycle trials with a record eight world titles Toni Bou riding for the Repsol Honda team is the 2014 World Trials Champion.

Dominating the final two rounds in Spain his rivals having no answer to the sheer power of his riding. After winning on day one he secured the title in the best possible way, with another imperious victory on day two.

Arnedo, the third largest town of in the La Rioja region of Spain welcomed the world championship riders once again for the final round of the 2014 championship season on the second day of the two day competition.

The event was held in fine warm weather and a crowd of approximately 6,000 came out to watch the proceedings which were contested over a 10 kilometer course consisting of twelve sections to be attempted three times.

Reigning world champion Toni Bou ‰ÛÒ Repsol Honda came out for the second day‰Ûªs action in very confident mood knowing anything barring a complete disaster would give him his record breaking eighth world outdoor title to add to his eight indoor crowns. His nearest rival in the championship throughout the entire season, Adam Raga ‰ÛÒ Gas Gas was performing better than on the first day when he finished third and after the first lap the scores were very close between the two leading riders.

These two were the only competitors to keep their marks in single figures with Bou on five and Raga on eight. Takahisa Fujinami ‰ÛÒ Repsol Honda was also riding with more confidence than on day one as he continued his battle for fourth position in the championship with Jeroni Fajardo - Beta.

On the second lap Toni moved even further ahead of his rivals and parted with only a single mark on section seven and a five mark penalty on section nine to increase his lead over Raga as the other riders faltered in the heat.

Once again on the final lap it was only Bou who kept his score in single figures losing a mere eight marks to seal the record breaking eighth world title.

‰ÛÏThis is one day in my life I will remember for ever and I am so happy not just for my-self but also the team." Bou stated. "When I started this journey back in 2007 when I first won the world title I had only ever dreamed of matching the success of seven world titles which Jordi Tarres and Dougie Lampkin had achieved and now I have raised the record to eight.

Of the thirteen world rounds this year I have won seven and finished second in the others I have finished. This year had been a tough fight but I have believed in myself all the way to the 2014 crown‰Û 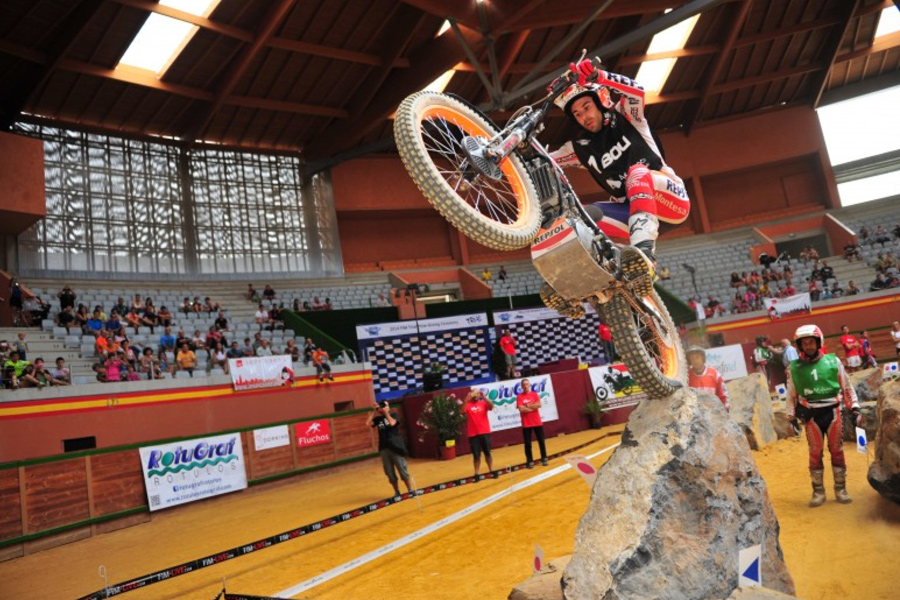