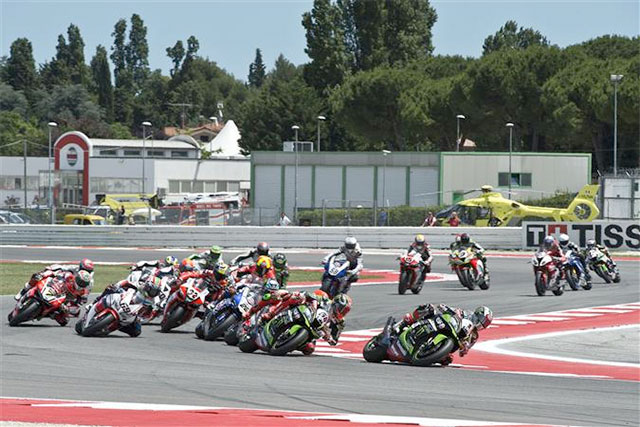 Rea And Sykes Put On A 1-2 Show in race one at Misano Kawasaki Racing Team Rider Jonathan Rea took his first race win since Assen in the opening 21-lap FIM Superbike World Championship race at Misano, holding off his race long companion and team-mate Tom Sykes by only 0.090 seconds over the line, Honda's Michael van der Mark rounded pout the podium.

The sixth KRT 1-2 finish of the season keeps Rea and Sykes out in front in the championship, with Rea extending his overall lead once more.

From the start, and after some of their main rivals had run off track into the first chicane, Rea and Sykes made an escape from their peer group as they kept up a pace that none of their rivals could match.

At halfway distance Rea slowed to allow Sykes to take the leading duties but Sykes refused the offer and maintained his track position right behind Rea for all 21 laps, looking for a way past in the final two laps. Unable to find a gap, despite a strong attempt into the penultimate right hand corner, Sykes drew himself from behind Rea‰Ûªs slipstream to close up to within 0.090 seconds for a class leading 1-2 finish.

Rea has a 61-point lead over his team-mate Sykes and with Chaz Davies finishing fourth Sykes extended his advantage down to third place in the table to 13 points. 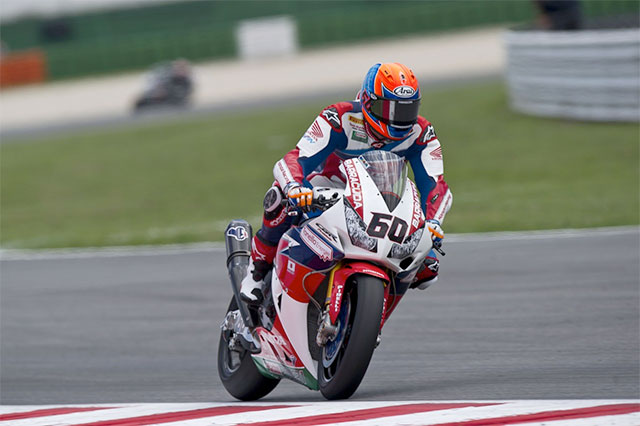 Honda's Michael van der Mark rounded out the podium with third
Earlier on Saturday morning Sykes had taken his sixth Superpole win of the year and the 36th of his career. He has won all of the last five pole position qualifying contests at Misano. Sykes set a new best lap of 1'34.037 to win Superpole, with Rea just behind in second place on the grid.

Jonathan Rea, stated: ‰ÛÏGetting back on the top step was the clear target here, and to get both race wins, so we are halfway to accomplishing that. To be honest it was a little bit surprising how much we struggled towards the end because yesterday our pace was so strong at the end of my long run, staying in the low 1‰Ûª36 laps. I am not sure how much the track temperature increase has affected us today, because it seems to be a lot.