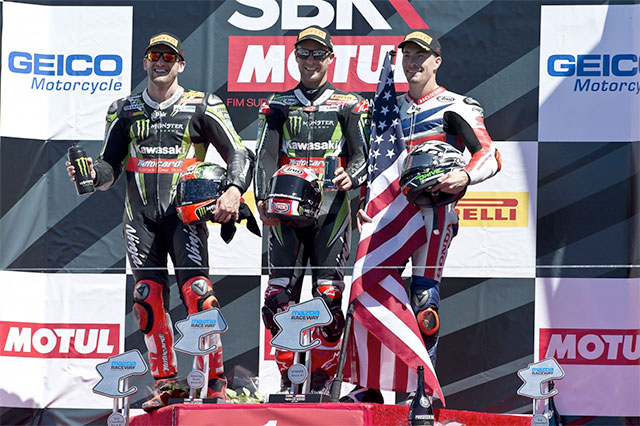 Jonathan Rea has taken his first ever victory at Mazda Raceway Laguna Seca, beating teammate Tom Sykes with Nicky Hayden coming through under pressure to take the final spot on the rostrum at round 9 of the FIM Superbike World Championship.

Tom Sykes got away in the lead from pole, with the Yorkshireman leading Ducati‰Ûªs Chaz Davies, who got a superb start from the second row to end Lap 1 in P2, ahead of Sykes‰Ûª KRT teammate Jonathan Rea. With the front three close together and the second Aruba.it bike of Davide Giugliano leading Honda‰Ûªs home hero Nicky Hayden in the chase, Davies took the lead with 21 to go with last year‰Ûªs double winner looking to make it three in a row, before the Welshman pushed too hard on the front and slid off into the gravel at Turn 6, out of contention.

With Rea and Sykes closer to Giugliano after Davies‰Ûª crash, the reigning Champion then recovered from having gone slightly deep into the Corkscrew and began to put the hammer down. Rea, who has never won at Laguna Seca and was only 0.055 off the Superpole-winning time set by teammate Sykes, showed great pace all weekend at the Californian track and began to pull away from Sykes, until a mistake at the Corkscrew once more saw the Northern Irishman soon lose the lead and forced to do the work again. Rea eventually crossed the line over a second clear to take his first victory at the US track, with Sykes in P2 and another World Champion completing the podium in third. 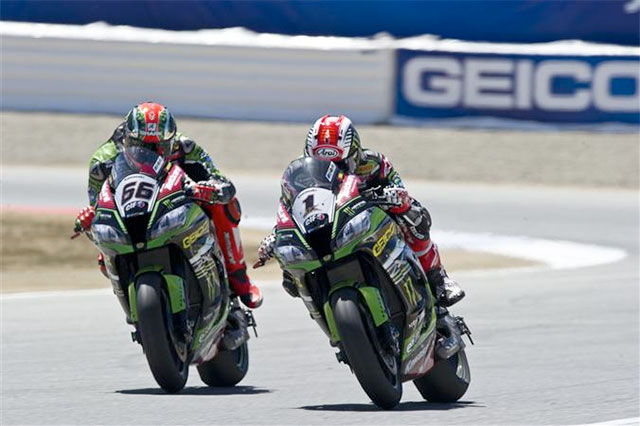 Rea and Sykes once again went head to head with championship leader Rea coming out on top
‰ÛÏI am super happy to have won here and now that we have had 25 laps on the bike in race conditions we have good information for tomorrow, to try and improve again," Rea said.

"I am happy with the result but it was, honestly, not my most beautiful race because I made quite a lot of mistakes. I am sure when I watch it back I will be quite upset with myself but the most important thing is the 25 points for winning. That is good for everything - for the morale of the team and the championship. We have one more race tomorrow and it will be important to do a good job then before the start of the eight week summer break.‰Û 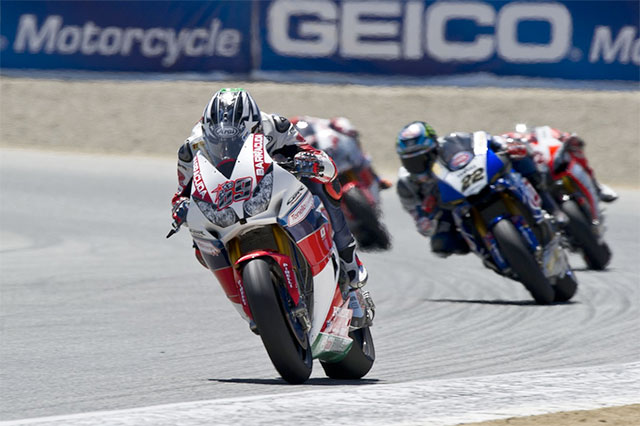 Nicky Hayden was third in his home race
Kentucky Kid, MotoGP Legend and Honda World Superbike Team rider Nicky Hayden had warned against expecting miracles at his home venue, aware of the competition around him, but put in a superlative ride under pressure at home to come home in P3, adding another podium to his impressive rookie tally.

"First of all, I want to thank the fans and the supporters for coming to Laguna this weekend; you can feel a great energy and support I‰Ûªve been given is amazing! I got a great start to the race and was fifth early on, but my pace was not as good as we expected," Hayden said.

"We ran into a few little issues and wasn‰Ûªt able to brake properly, so I felt I was quite vulnerable in that area. I tried to be as smooth as possible despite the pressure from my rivals and keep a steady rhythm. Luckily I was able to hang on for the podium, but we need to have a look at the data tonight to come up with something for race two. Overall, we must be happy with our third place and we‰Ûªll try to do better tomorrow." he concluded.

Hayden‰Ûªs teammate, 2014 WorldSSP Champion Michael van der Mark, moved up from P11 on the grid to hunt down the frontrunners and cross the line fourth after taking IodaRacing‰Ûªs Lorenzo Savadori and Pata Yamaha‰Ûªs Alex Lowes in the latter stages of the race. Lowes crossed the line in fifth and Savadori, who had never ridden at Laguna Seca, put in an impressive rookie ride to come home in the top 6, ahead of Barni Racing‰Ûªs Xavi ForÌ©s and Althea BMW rider Jordi Torres. Alex De Angelis on the second Aprilia and Niccolo Canepa on the second Pata Yamaha completed the top ten. 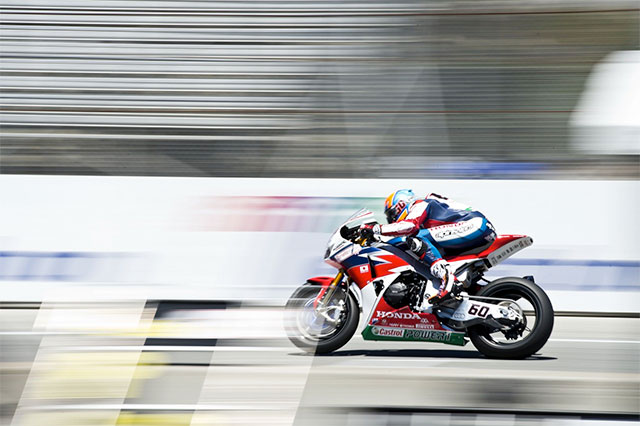 Michael van der Mark came in fourth
Leon Camier moved up one place from his starting position after an interrupted Friday to come home eleventh, ahead of Pedercini‰Ûªs Anthony West and the Milwaukee BMW pairing of Josh Brookes and Karel Abraham. Roman Ramos completed the top 15 for Go ELEVEN.

Race 2 sees lights out at the same time on Sunday at 14:30 local time (GMT -7), for another showdown around the 3.6km thrill of Laguna Seca. 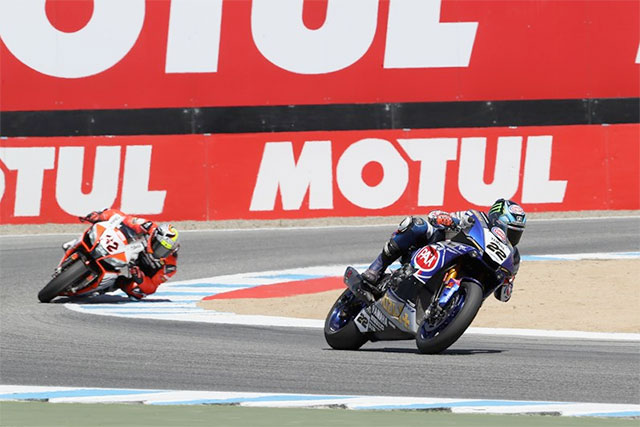