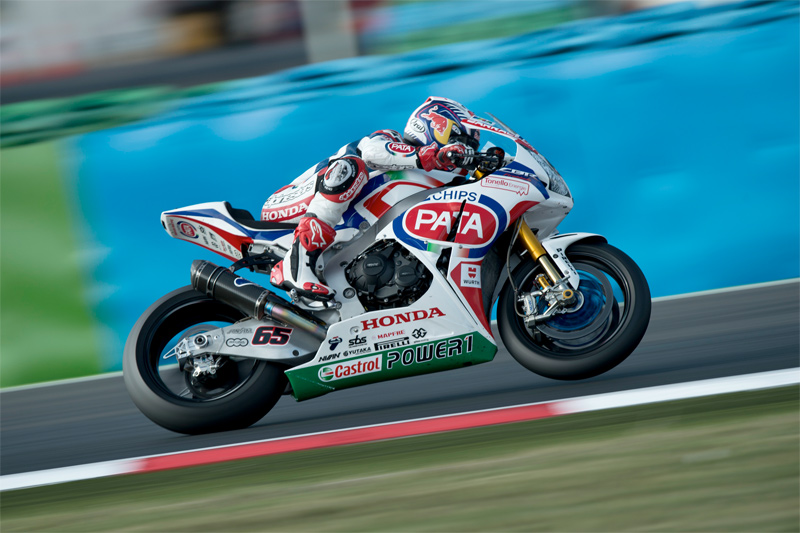 Pata Honda riders Jonathan Rea and Leon Haslam are on their way to the Losail International Circuit in Qatar for this weekend‰Ûªs (31 October ‰ÛÒ 2 November) final round of the 2014 World Superbike championship.

While the series title is out of reach for the Pata Honda team‰Ûªs British duo, there is plenty to fight for in the last two races of a truncated championship season. Rea, 27, is still battling for a top three finish in the points standings and currently sits in fourth place, just 11 points behind Italian rider Marco Melandri with a maximum of 50 points up for grabs in Sunday‰Ûªs two 17-lap races.

"I‰Ûªm really looking forward to racing in Losail again for a variety of reasons." Rea commented. "I‰Ûªve done a couple of new model launches there for Honda and I really like the circuit layout; it‰Ûªll also be the first time I‰Ûªve raced at night.

"I think the visibility will be quite high, especially compared to riding in the dark like I‰Ûªve done at Suzuka in the 8 Hours. But I think the biggest challenge is going to be the schedule and working out the best time for food intake and other things in order to perform physically late at night instead of during the day.

"It‰Ûªs the last round of the championship but the plan is still quite straightforward. The CBR has been quite competitive at the last few rounds so we‰Ûªll try to get a good base setting again on Friday and aim to finish the season on a high in this desert challenge."

Haslam, meanwhile, will be keen to follow-up his welcome podium finish last time out on his Pata Honda CBR1000RR Fireblade SP. To the delight of his team, the 31-year-old climbed the rostrum for the first time with the Netherlands-based squad in a wet second race at Magny-Cours in France a month ago.

"It‰Ûªs been another strange month off between the last two races of the season but it was fantastic to get on the podium at Magny-Cours and I‰Ûªm really looking forward to riding at Qatar again." Haslam said. "I‰Ûªve only raced there once, in 2009, but I‰Ûªve got quite a few laps under my belt.

"I helped on the launch of the 2008 Fireblade and then Jonathan and I were there for the introduction of the SP model last year. But it will certainly be different riding there under the lights, even though I‰Ûªve done a bit of racing in the dark at Suzuka.

"It seems much brighter, but I know the track can be a little sandy to start with. I‰Ûªve been told to look out for my own shadow overtaking me, but otherwise it‰Ûªs a really exciting way to end the season.

This season‰Ûªs climax at the 5.38km Losail International Circuit just outside the capital Doha marks a return to Qatar for the World Superbike championship for the first time since 2009. The circuit features six left-hand corners and 10 rights, plus a 1.068km-long start-finish straight. This weekend‰Ûªs two races will also be the first World Superbike encounters to take place under floodlights.