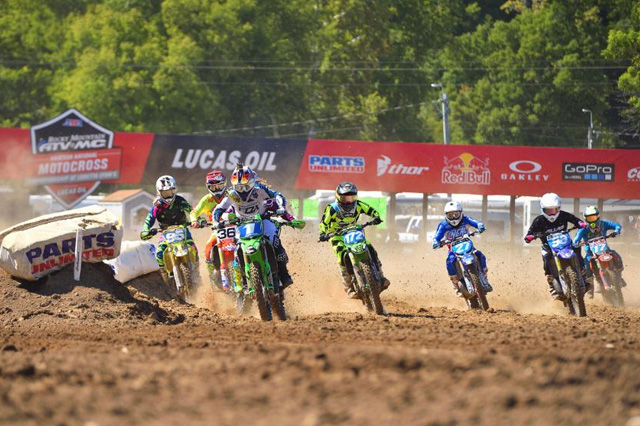 The 2018 WMX schedule has been re-designed to allow the world's best female racers an opportunity to compete at eight unique events throughout the course of six months.

Continuing tradition from years past, the 2018 WMX Championship will kick off alongside Daytona Beach's "Bike Week" festivities on Monday, March 12 with the ninth annual Ricky Carmichael Daytona Amateur Supercross on the historic grounds of Daytona International Speedway in Daytona Beach, Florida.

Following the season opener, the WMX racers will headline the Freestone Spring Championship on Saturday, March 24, in Wortham, Texas. The series will then travel to Tomahawk MX with the Mid-Atlantic Motocross Association on Saturday, April 21 for round three. The next round will take place on Friday, June 15, in conjunction with the 2018 AMA Lucas Oil Pro Motocross Championship at High Point Raceway on Father's Day Weekend.

Perhaps the most anticipated round of the 2018 season is the Jessica Patterson Classic at Travelers Rest Speedway in South Carolina. The seven-time WMX champion will host a double-header round on June 30 and July 1, with a purse and point payout on both days.

"I am really excited to host a round of the WMX championship, and even more excited to have a double header," said Jessica Patterson. "This is something I've always wanted to do and to be able to give back to the series that has made me who I am today."

The WMX Championship continues at the Loretta Lynn Ranch in Hurricane Mills, Tennessee. Held on the fifth and final day of racing at the 37th Annual Rocky Mountain ATV/MC AMA Amateur National Championship, presented by Lucas Oil, the WMX division will race for the coveted championship in front of fans from across the world as they battle it out at the penultimate race of the season.

Finally, a WMX National Champion will be crowed Friday, August 24 at the Ironman National in Crawfordsville, Indiana, where WMX competitors will be able to showcase their talents in front of a unique crowd and many of the industry's top personnel.

"We have assembled a great schedule for the best women motocross athletes in the world to compete at some of the best facilities in America," said MX Sports Director, Tim Cotter. "The addition of the Tomahawk round will feature one of the Mid-Atlantic's most talked about venue. Also, the announcement of the Jessica Patterson Classic being a double header will be a great way for racers to earn double points with one trip."