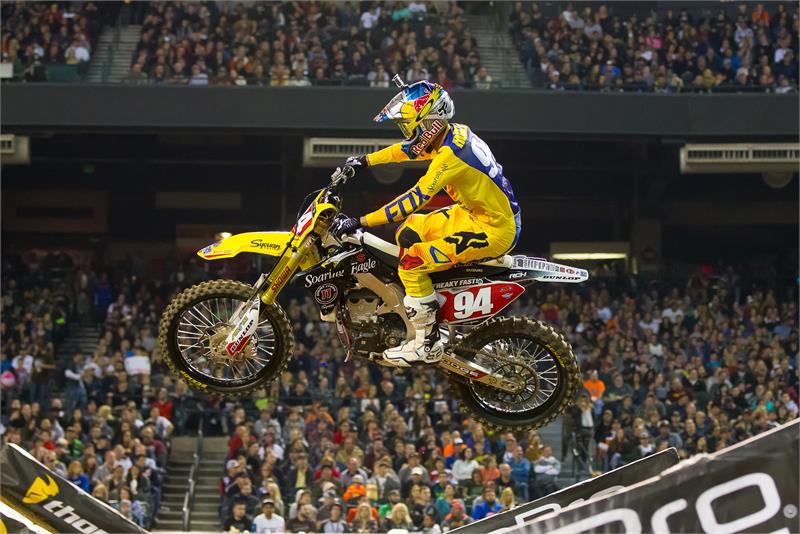 What was once a vision that began as simple text messages between friends, RCH has come into focus as a championship-calibre team capable of competing for race wins and titles in the series where Hart came into his own as a professional and Carmichael earned five titles.

Defending race winner Ken Roczen returns to the seat of the RCH # 94 Suzuki RM-Z450 for a second season and will again be flanked by stablemate Broc Tickle.

With its rider-stable and adequately-stocked with talent, the Chino, California-headquartered team is poised to not only make a run for the win this coming Saturday night, but to make a serious charge for the Monster Energy Supercross Championship title.

With a resume that‰Ûªs well documented, highlighted by 48 supercross wins and five titles, there‰Ûªs no mistaking where Carmichael sets the bar. After two years of sculpting the team, RCH broke through with Roczen‰Ûªs win at the Anaheim opener last year.

Roczen went on to win again at Anaheim two races later before nagging injuries hampered him winning the team‰Ûªs first Lucas Oil Pro Motocross race until June. Victory in the season-ending Monster Energy Cup closed out 2015 on a high note, but duplicating last year‰Ûªs results won‰Ûªt be enough for either Carmichael or Hart to call the season a success.

‰ÛÏWell, we want to improve in both the series and the bottom-line result,‰Û