At the end of a hugely physical three-hour cross-country race around the iconic Hawkstone Park venue, Pascal Rauchenecker (Husqvarna) and Nathan Watson (KTM) were the two big winners on day two of the FunnelWeb Filter GP of Great Britain. 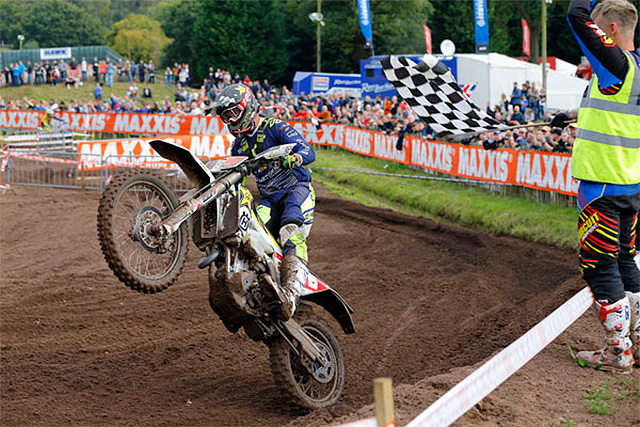 Pascal Rauchenecker
In the EnduroGP category there was happiness and relief and extreme disappointment in equal measure for the UK‰Ûªs two leading riders. Steve Holcombe (Beta), who needed just a handful of points to clinch the EnduroGP title, made the perfect start to the event and lead from the start. Followed by Nathan Watson (KTM) he pushed hard from the front and looked extremely comfortable in the lead.

But shortly before the one-hour mark he was forced into the pits with a technical issue that saw his lead vanish. Battling his way forward and setting the fastest lap of the race Steve eventually placed fifth. Nathan Watson (KTM) was the rider to eventually claim the EnduroGP class win, but not before he battled with Christophe Charlier (Husqvarna). Taking over the lead from Holcombe, Nathan held a comfortable advantage for much of the second hour of the race before being caught and passed by Charlier.

‰ÛÏI got up to third on the opening lap and then followed Steve early on,‰Û 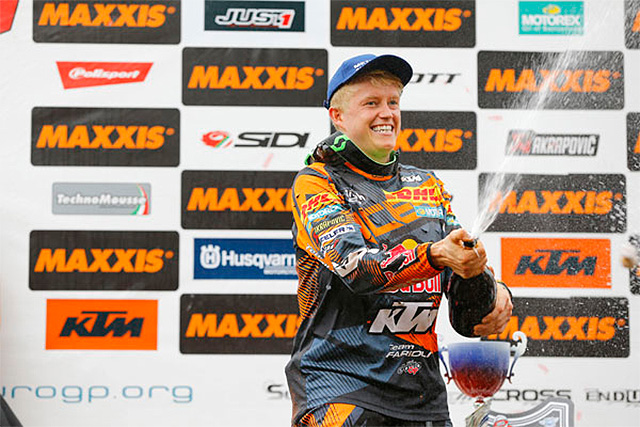 Nathan Watson
Putting in one of the strongest performances of the race, Charlier charged his way to the front of the EnduroGP class following a poor start. Taking the lead from Watson he then hit a tree, yet refused to throw the towel in. Managing to get back into the lead, in needing to make a final pit stop he fell behind Watson and eventually placed second. Putting in one of the most consistent performances of the race Loic Larrieu (Yamaha) rounded out the Enduro GP podium in third, just six seconds behind Charlier. Spain‰Ûªs Jaume Betriu (KTM) was another rider to put in a notably strong performance to finish fourth, ahead of the day‰Ûªs unluckiest rider Steve Holcombe (Beta). Cristobal Guerrero (Yamaha), Denny Philippaerts (Beta) and Giacomo Redondi (Honda) rounded out the top eight with wild card rider Brad Anderson (KTM) finishing ninth. Australian Matt Phillips had a DNF.

Without doubt one of the stand out performers of the event was Pascal Rauchenecker (Husqvarna) who topped the Enduro 2 class, as well as managing to overtake all of the EnduroGP class riders ahead of him to become the first rider to reach the finish. Eventually finishing close to two minutes ahead of Husqvarna team-mate Danny McCanney (Husqvarna), Pascal showed no signs of fatigue during the closing stages of the race and charged to a convincing win. In doing so he became the first Austrian ever to win a day of the EnduroGP World Championship.

‰ÛÏI had a great bike set-up today and was really able to find my rhythm in the woods, and I felt really good,‰Û 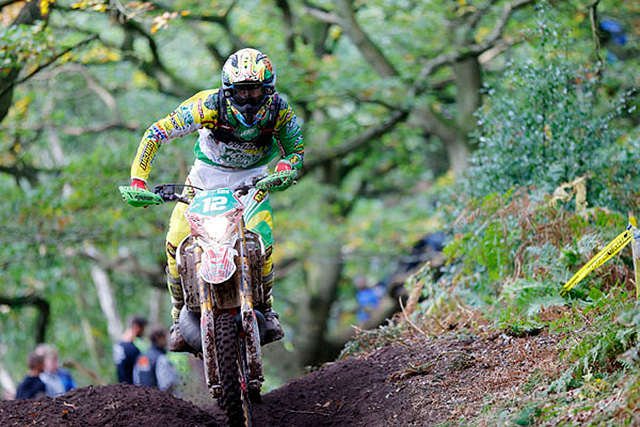 Enduro Junior class winner Brad Freeman
Completing 18 laps just as the fastest EnduroGP and Enduro 2 class riders did, Freeman placed two minutes ahead of Soreca. ‰ÛÏI had to tell myself to slow down during the second half of the race,‰Û