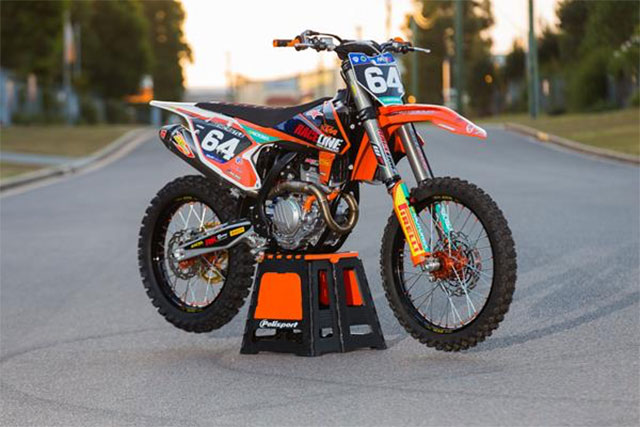 Raceline Pirelli KTM are set to embark on their first round on the 2016 Motul MX Nationals in Horsham this weekend, with a fresh new brand, fresh riders, and a new look team, for the 2016 race season.

After months of planning, and testing their new machinery, the KTM backed satellite team will head to Victoria this weekend, fielding Newcastle rider Dylan Wills in the MX2 class, as well as Tasmanian based Wade Kirkland in the MXD class.

Wills who had a number of podium results as a privateer in the MX2 class during the 2015 season, says he‰Ûªs excited to get to round one with the support of Raceline Pirelli KTM this weekend.

‰ÛÏIt‰Ûªs been a fairly easy transition to the new team ‰ÛÒ Chris Woods and his guys have welcomed us both in, and the new bike is awesome, I can‰Ûªt complain,‰Û