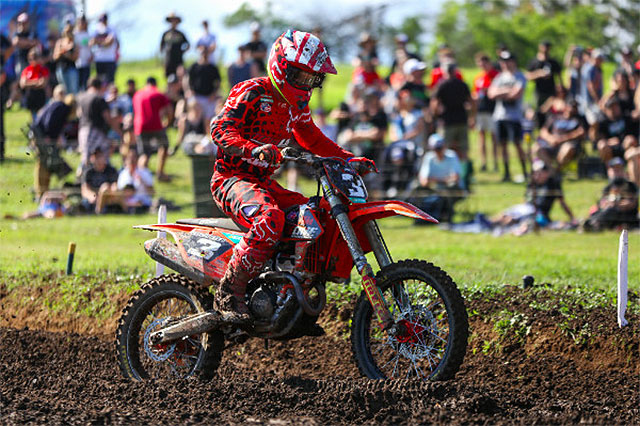 Raceline Pirelli KTM‰Ûªs Jayden Rykers and Morgan Fogarty took further steps forward despite recording mixed results at Appin, at what was a technically challenging Round 2 of the Motul MX Nationals over the weekend.

Both riders fought hard in their respective motos yesterday, however the pair were struck with bad luck, forcing Fogarty and Rykers to hang it all out in a bid to salvage important championship points.

In the MX2 class, Jayden Rykers suffered a case of being in the wrong place at the wrong time on the weekend. After qualifying in 10th, Rykers raced to 12-8 race results, suffering a number of crashes in both motos, placing him in 11th overall at the conclusion of the round.

‰ÛÏMy weekend involved a lot of being in the wrong place at the wrong time unfortunately,‰Û 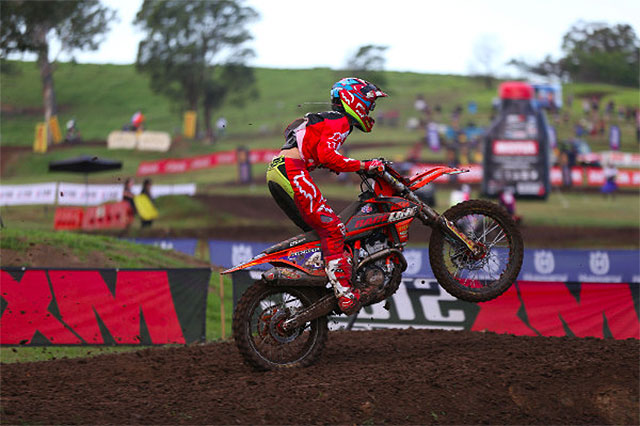 Morgan Fogarty. Credit: MXN Images
It was a similar fortune for teammate and MXD pilot Morgan Fogarty. After qualifying in 12th the MX Nationals rookie raced to 14-4 results handing him sixth overall for the round.

‰ÛÏThe weekend didn't really go as planned for me, it was just one of those days but we will keep working on being better and make round three one to remember,‰Û