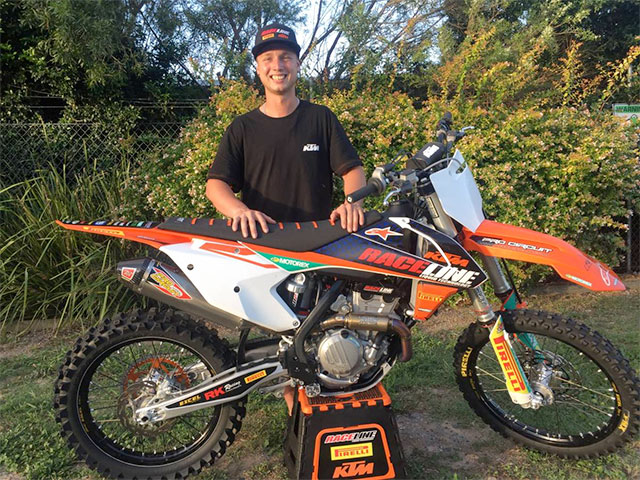 Raceline Pirelli KTM have announced their plans for the 2017 race season, which will see the team increase its program to a three rider line up for the MX Nationals in 2017, with riders occupying both the MX2 and MXD categories.

With sponsors and riders now finalised, the team announced the re-signing of Wade Kirkland for a second season, as well as welcome KTM competitors Jayden Rykers and Morgan Fogarty to the team for 2017.

With Kirkland finishing in 4th in the MXD class last year with the team, the 17-year-old from Tasmania has confirmed that he will make the step up to the MX2 class this season aboard a KTM 250 SX-F 2017 machine - while joining him in the MX2 category will be fellow KTM athlete Jayden Rykers.

‰ÛÏI‰Ûªm all healed up after my injury last year and I‰Ûªm just stoked to have the opportunity to race with the Raceline Pirelli KTM guys again. We all got along really well last year ‰ÛÒ I love the bike and the people, so I‰Ûªm really happy,‰Û